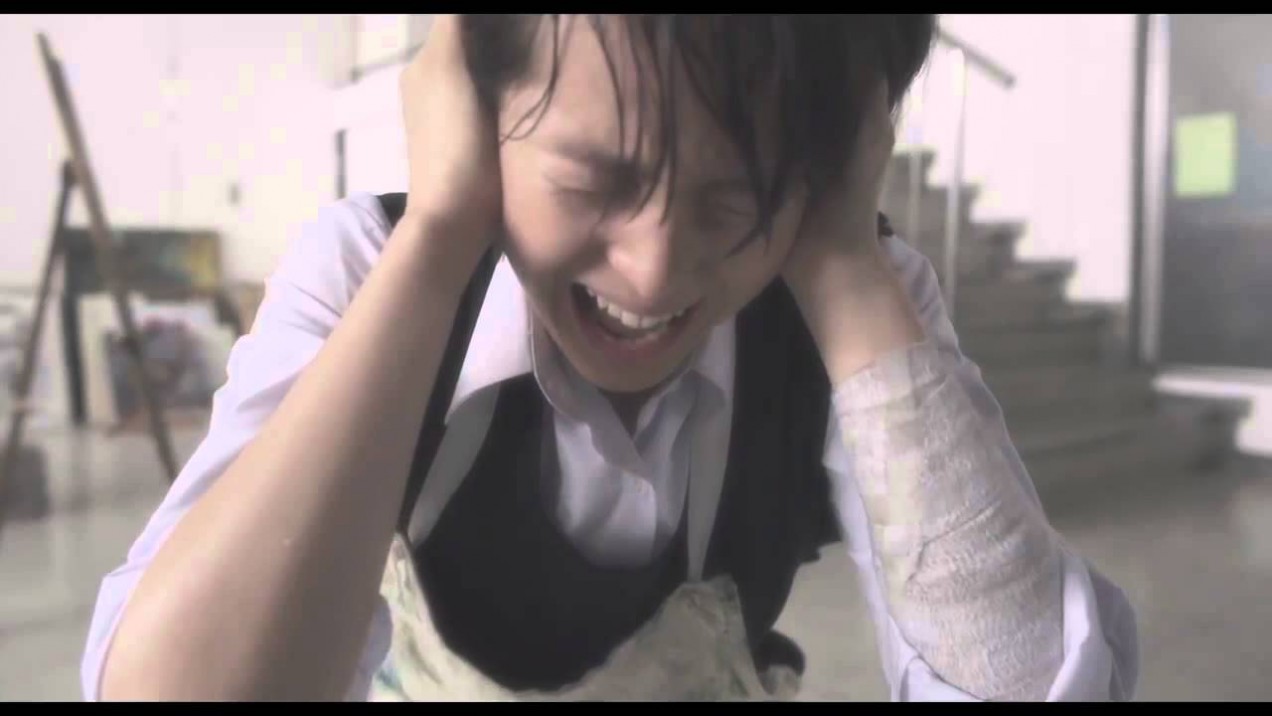 Mamoru Oshii is always an enigmatic curiosity to me, particularly for his live-action films. While he is well known for his animation work like Ghost in the Shell, its sequel, The Sky Crawlers and Patlabor, he also made live-action films like the videogame-centric Polish-language Avalon, the amusingly self-referential and polarizing Assault Girls and films revolving around Kerberos (a sci-fi Tokyo police force) like Stray Dog, The Red Spectacles and others. What they most have in common is that they have a deliberately slow and meditative pace, followed up with a melodic or classical score by Kenji Kawai. And these two factors mainly back up strong thematic material (like in The Sky Crawlers, ennui of pilots not doing their duty), but in Nowhere Girl, it backs up something that is not usually a main factor in Oshii’s films. And that is hint of the old ultra-violence. His films haven’t ever been really violent before, but in this film, the violence ends up being a symphony that must be seen to believe. Nicolas Winding Refn once said that (and I’m paraphrasing here) violence on film is best seen as masturbatory. The build-up is important as well as the act itself. And boy, does this film take it to heart.

Nana Seino stars as Ai (although her name is never mentioned in the film), an extremely talented artist at a school who seems to be suffering from PTSD (post-traumatic stress syndrome) from an earlier incident. She is given special treatment by the headmaster (Hirotaro Honda), hoping that her condition and social skills will improve. Ai keeps herself busy with her art via paintings, her life-like art project sculpture she keeps building in the school basement or she just sits on a chair, staring at her painting pad, supposedly daydreaming about nothing. The school nurse (Lily), with consent from the headmaster, tries her best to treat Ai, but not in the best of ways and what’s even more unfortunate is that some of the students and her teacher (Nobuaki Kaneko) have been noticing what the headmaster is doing and Ai deals with resentment after resentment until she eventually, for a lack of a better word, cracks.

The synopsis makes the film sound like some anti-bullying PSA, but knowing that this film is directed by Mamoru Oshii, this will play as anything but. The storytelling itself is pure undiluted Oshii, with its eerie and slow pacing, soft piano score (surprisingly not from Kenji Kawai, but from Shuhei Kamimura), cinematography with a washed-out look (courtesy of Mitsuo Matoba) and weird instances and nuances throughout the film that seem random at first, like the sculpture Ai keeps working on. No basset hound though. The film-making works for the most part because the actions and events play out as expected but there is always an inkling or feeling under the surface that makes you feel that something really bad is going to happen. An increasingly palpable tension that binds the viewer tighter and tighter until the last twenty minutes. But this type of storytelling will definitely wear out a lot of people, particularly those who are impatient, but those who can tolerate it will definitely be rewarded with a spectacular finish. I’m not going to say what it involves, but on an action standpoint and a story standpoint, it pays off brilliantly.

It helps that the acting pulls you into the story and this film might feature Nana Seino’s best performance yet. Seeing her in movies like the unimpressive Danger Dolls to the spectacularly frenetic Tokyo Tribe and the incredibly bonkers The Ninja of Torakage, she has become more and more proficient in her action chops and in Nowhere Girl, she explodes off the screen, with fantastic action choreography from Kensuke Sonomura, who did the action choreography for Bushido Man, the Hard Revenge Milly films and Alien vs. Ninja. All of the action is ably captured on long takes by Oshii, with no fast editing, shaky-cam and very little stunt doubles. You can easily tell that she did most, if not all, of her own stunts. I also loved the fact that there’s very little to no CGI in the action scenes, especially CGI blood. Most of it is squibs and quite frankly, this is the most violent film Oshii has ever made. The action chops are what makes Seino’s performance good but what makes her performance great is her dramatic chops. Her portrayal of PTSD is fine in of itself (like a scene where she screams with a sound of a helicopter in the background) but it is her subtle portrayal of brimming anger and utter mystery that makes her a fast rising actress. The lack of dialogue from her character was sure to have helped her in attaining her performance. There’s a scene in the film when Ai is with the nurse who tries to help her with her PTSD and the methods are incredibly unorthodox and Seino subtly portrays her suffering with very little words.

The supporting cast are all capable enough, though some are inconsistent in their performances. Lily as the school nurse is the best of the cast and her scenes with Seino are definite highlights. Nobuaki Kaneko, although he could tone his performance down a little, exudes creepiness even before he utters a word. Only a small action such as cracking his jaw, do you get that kind of vibe from him, and he does quite well.

The rest of the cast do fine in their roles, but really, this is Oshii’s and Seino’s show and they succeed in delivering a film that rewards patient viewers. The film may not feature much of a forward-thrusting plot but its pieces coalesce into a whole that by the end of the film, you would want to watch it again to figure out how it became the way it did.