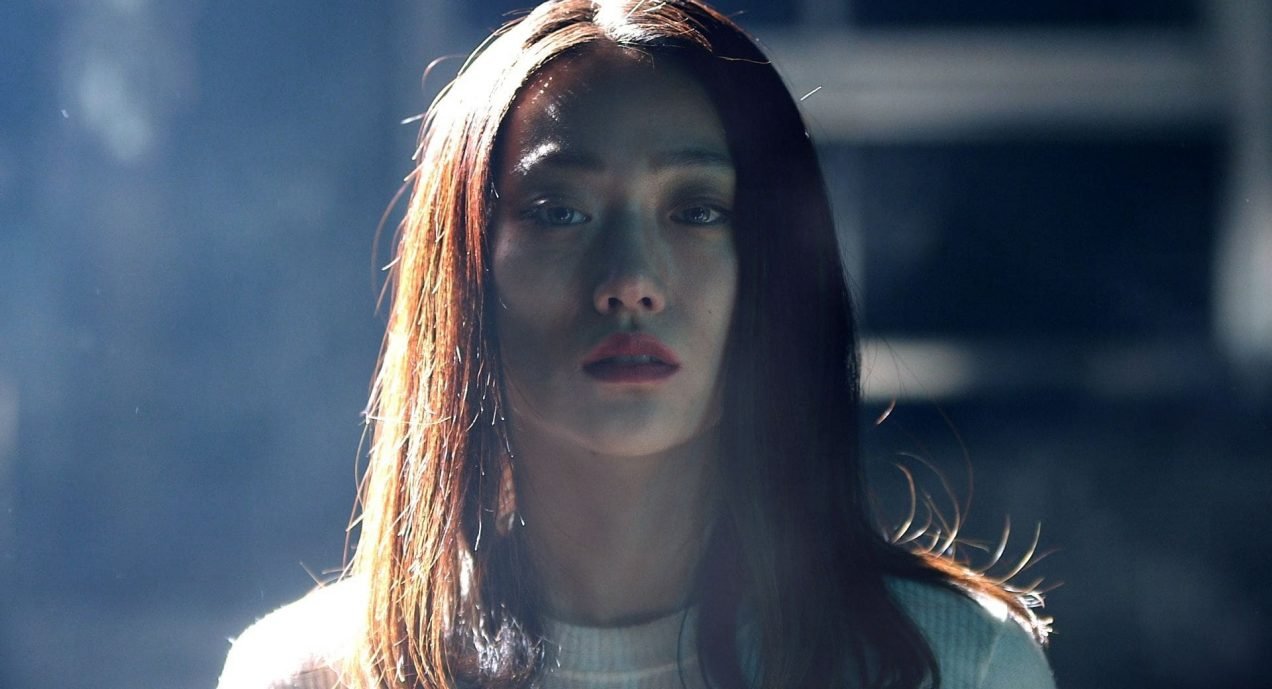 An innovative and effective reworking on J-horror tropes…

A group of people get together in an abandoned factory competing to be a conduit to the other side by participating in a séance, the purpose of which is to determine their suitability for the role. One by one they tell their tales about encounters with the dead, and other psychic phenomena, each trying to outdo the other in order win this strange competition. But what is the purpose of this séance? Just who or what will the lucky winner contact and why?

This is the third feature film by Hiroshi Takahashi, who was also the scriptwriter on Nataka’s Ringu (1998). It is no surprise therefore that Occult Bolshevik works mainly within the aesthetics of quiet horror or that static shots, long takes and sudden cutaways are used to build up tension and generate scares. As such it is a refreshing change to the out and out guro films that Japan generates mainly, I think, for the Western market. Occult Bolshevik builds upon a discernible trend in contemporary J-horror, as can be seen in Kurosawa’s Creepy and Tanaka’s Bamy, where horror is linked to interiority and subjectivity, and emerges from the relationships between people rather than being an outside force.

The title of the film is attention-grabbing. Why is it not just titled Occult? What does the addition of Bolshevik mean? Bolshevik is another name commonly used to refer to Russian communists, especially those affiliated with Lenin who was Russia’s first communist leader in 1917 (they were a separatist group at first but after Lenin’s ascension to power they became integrated into the Communist party). However, Occult Bolshevik isn’t a Marxist critique of horror but rather takes its inspiration from what was, purportedly, a Special Soviet Section of the secret police set up in the 1920s by Gleb Bokii with a well-known occultist, Alexander Barchenko, in charge of experiments. The purpose of this Section was to find out ways in which esoteric and animistic religions, including Buddhism and Shamanism, could help with the spread of communism in Russia at the time. Supposedly the inspiration for the film was an interview in a book with Takashimoto Takeda, a paranormal researcher, in which there was mention of Spiritual Bolsheviki (this is the literal translation of the film’s title). There are many linguistic and visual references throughout the film to communism and in particular to Stalin and the Great Terror where a direct analogy is made between what is happening at the factory and the massive purges of anyone who was seen to criticise Stalin in the 1930s: the group worship under the watchful gaze of Stalin and Lenin whose portraits decorate the upper wall of the factory, they sing the Bolshevik national anthem and the ending itself.

At the same time, the film effectively utilises the cinematic language of J-horror utilising the minimalistic editing, long takes with carefully set up jump scares and the abstraction of sound. The ghosts of the dead are mainly accessible only through the confessions of the participants in the experiment; the few visual and verbal references to the same play with the conventions of J-horror especially the early films in the cycle: water pooling on the floor, medium and close-up shots of bare feet; brief flashes of what may or may not be ghosts; and a vulnerable female protagonist, Yukiko Tachibana (Hanae Kan), who is directly linked to the world of the dead and the ghostly. 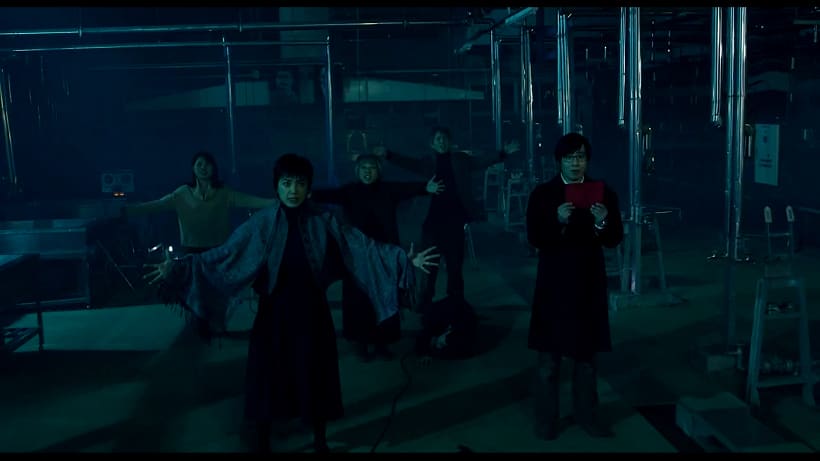 Overall, Occult Bolshevik is one of the better recent Japanese horror films. The non-invasive cinematography and editing work well with the low-key or quiet horror that is associated with J-horror. The performances are all solid, and Hanae Kan is particularly good as Yukiko Tachibana bringing to the surface the character’s insecurities and vulnerabilities in a nuanced manner. The minimalist soundtrack is extremely effective in generating fear unlike the typical overproduced musical score in many contemporary horror films which impedes our engagement with our onscreen counterparts.