Shen Yu’s debut feature film is produced by Li Yu and Fang Li, duo behind a huge 2007 Chinese art-house hit Lost in Beijing and series of 2010s more mainstream films which achieved success upon its release in China largely due to starring a now fallen star Fang Bingbing. At a first glance, Old Town Girls fits into a wave of recent Chinese coming-of-age girlhood-focused films such as Vanishing Days (dir. Zhu Xin) and Summer Blur (dir. Han Shuai). However, the grown-up point of view and stereotype-packed crime world got involved in the story. The promising story of a complex friendship between three teenage girls got flooded by a plotline copy-pasted out of the newspaper.

Shui Qing is a teenage girl from a working-class family. She lives with her father, stepmother, and half-sister. Shui Qing’s two best friends are more privileged than she is, Jin Xi has wealth and Ma Yueyue has beauty. When Shui Qing finally finds her biological mother, the glamorous-yet-reckless Qu Ting, the two start to spend more and more time together and form a deep bond. The girl feels that her life has taken a better course but her mother’s turbulent past keeps knocking at the door.

Old Town Girls positively surprises with bold and consistent visual style which is dominated by the aggressive yellow colour. The usage of this strong visual key is reminiscent of classic 1980s Chinese art films directed or shot by Zhang Yimou and can also become an entry point into the story. In the XXth century China, yellow started also to signify sexual content and thoughts, yellow pages (huange 黄页) being pornographic magazines/websites instead of commercial telephone books in which advertising is sold. In the film Shui Qing’s biological mother drives bright yellow sports car and wears clothes in all shades of the colour. At first, she seems like a role model of an independent strong woman for her daughter as well as the two other girls, Jin Xi and Ma Yueyue, each struggling with their own problems. Unfortunately, she is overly sexualized, from innocently flirting with men and boys to becoming a victim of sexual violence. Although Shen Yu’s debut film is far from hard-core art-house exploitation, Old Town Girls is yet another film that uses female characters instead of creating a fully-fledged portrayal of women with all the flaws and strengths that allow them to grow beyond the cliche narratives. 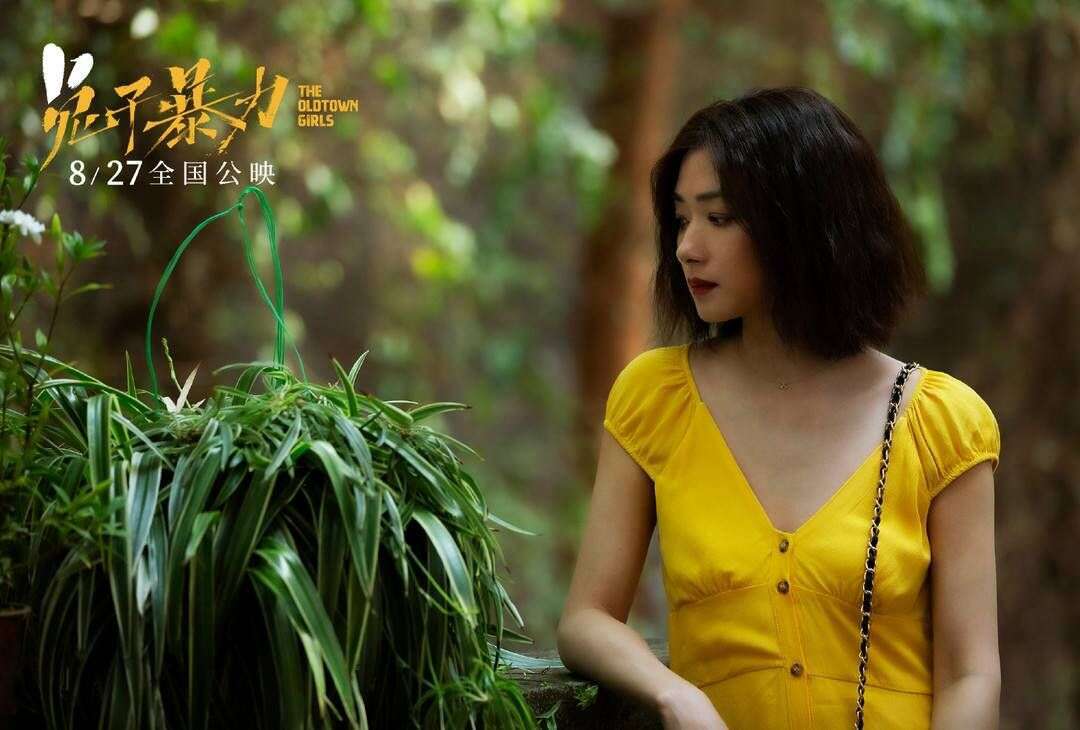 Yellowish colour also matches the newspaper quality of Old Town Girls. The beginning projects a promise that the sudden ending does not fulfil. Using bait in the form of starting the film from the end requires a lot of narrative discipline which the film does not have. Old Town Girls is co-written by Shen Yu, producer Fang Li and Qiu Yujie who started her career as a screenwriter of Lou Ye’s 2019 film The Shadow Play which took many years in developing and in the end after many censors’ interventions plotline was left chopped to pieces and a bit incomprehensible.

Regardless of narrative chaos, Old Town Girls feature some great acting performances, especially from the three young actresses. Already a rising star with 20 roles on her account since 2019, Li Gengxi as Shui Qing is dazed and confused just in the right way. Ye Chai plays out Jin Xi’s inner conflict of a child of wealthy parents, hating her privilege but unable to refuse it. Zhou Ziyue as stunning teen model, Ma Yueyue, is highly empathic as well as charismatic. Old Town Girl did not have a lot of exposure yet either in China (so far the domestic premiere is scheduled for 27th August 2021) or at the festivals, but the three have star potential that does not go unnoticed.

Chinese neo-noirs are constantly in vogue at the film festival circuit, but if we compare the recent tales from the Chinese deep south, Yunnan-set Old Town Girls comes closer to The Shadow Play’s hectic mediocrity than to The Wild Goose Lake’s brilliance. Shen Yu’s debut film could just remain a solid teen drama with great lead performances by the three young actresses, but the filmmakers decided to tackle contemporary social issues without a solemn tone of contempt and disapproval instead of a humanist empathy. Old Town Girls would be a great debut if Shen Yu stayed with the girls.