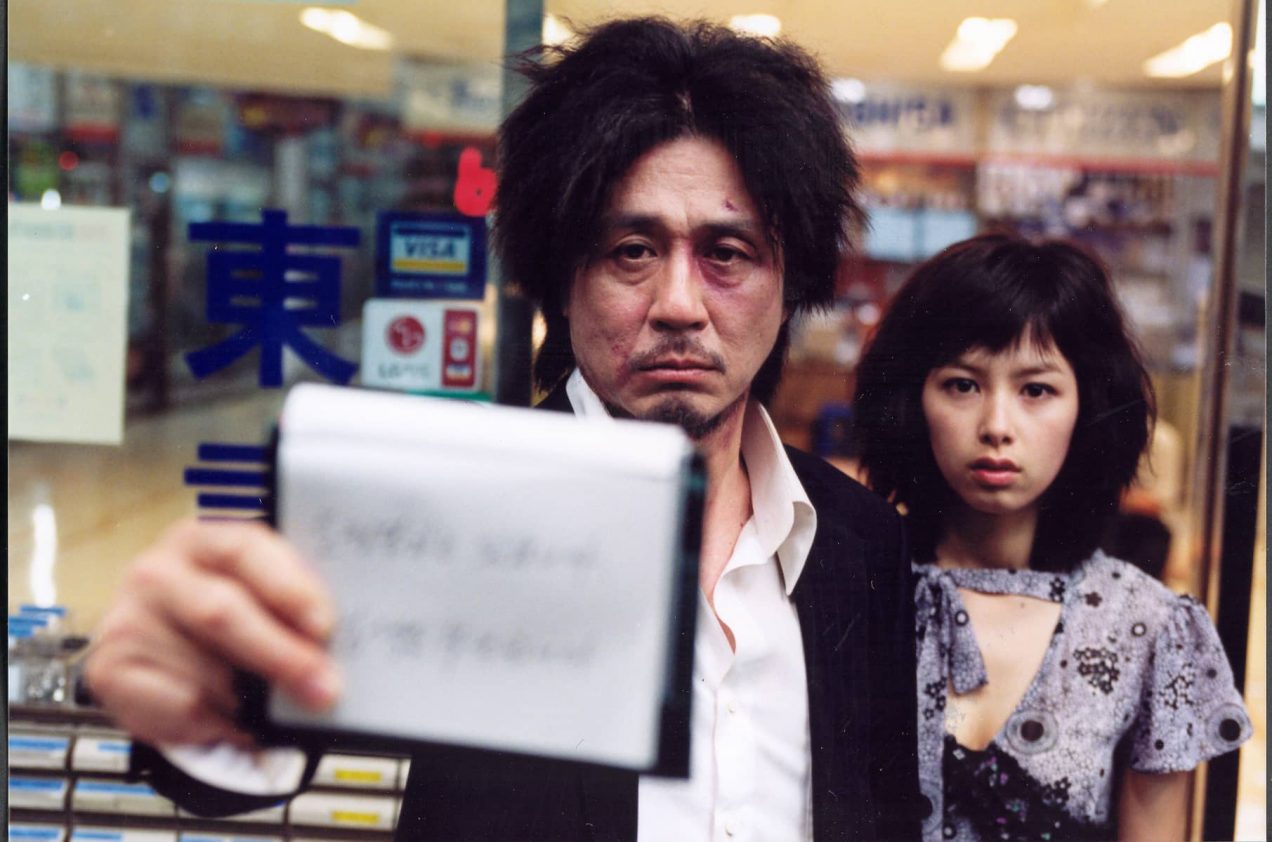 Ah, the vengeance flick, that fundamental building block of Asian films, and many Western ones too. A tired genre with nothing to offer? Well, if you’d made it through both volumes of Kill Bill that’s probably what you’d expect. Tarantino’s film did no more than perpetuate and reinforce every cliche in the book.

But that’s not how director Park Chan-wook deals with the theme. Bringing a genuine inventiveness to the genre he turns each cliche on its head, undermining everything you’d expect. In Sympathy for Mr Vengeance revenge becomes almost an unavoidable infection, contaminating everyone that come into contact with it through accidents and mishaps. Each of the leads becomes both perpetrator and victim of the crime, to the point where you sympathise with all of them. Actual malice doesn’t even come in to it.

Unlike Oldboy, where it’s all about malice ­ obtaining a perceived justice at any cost. All told it’s a far cry from Joint Security Area (JSA), the warm hearted cold war drama that made his name as a director.

In the story, a drunken evening for Oh Dae-su (Choi Min-sik, Chihwaseon, Failin, Shiri, The Quiet Family) ends in more than a spell at the local police establishment. Abducted from outside a phone box he awakes in a flock papered prison cell, a television his only contact with the outside world.

With no idea who has done this to him or why, and framed for his wife’s murder, Dae-su vows vengeance on his tormenter. He begins to train himself physically to achieve his goal as the days turn into months, the months into years. Then, suddenly, 15 years after he was originally imprisioned, he is released. Sushi chef Mido (Kang Hye-jeong) his only ally, Dae-su has only five days to uncover the truth, but will he be able to handle it…?

Based on a manga of the same name, this is one twisted tale. From Dae-su’s incarceration that turns him steadily into a monster bent on revenge, to the unpleasant revelation of an underworld organisation that makes it’s business doing just that as the ultimate revenge on the enemy you can’t kill. (Not unlike the underworld revealed in Sympathy for Mr Vengeance.)

As with Sympathy Chan-wook has an eye for the capturing that moment before the frenzy. Often having the effect of capturing his characters in a looking distorted still life. It’s beautiful – in a gritty, nasty, Christopher Doyle (Rabbit Proof Fence, Infernal Affairs, In the Mood for Love, 2046 and pretty much anything else by Wong Kar-wai) sort of a way.

For an actor who hasn’t put in a performance less than brilliant, including his uber-terrorist in Shiri and his hapless third rate crook in Failin, Choi Min-sik has really excelled himself this time. His on-screen transformation is spectacular, from an overweight drunk to a single-minded athletic monster. For Min-sik, much of that transformation is for real as he went into training for the film, performing his own stunts.

It doesn’t get any better than the much-lauded one take corridor scene, as Dae-su takes on a dozen of his ex-captors, beating them not by superiority, but by shear dogged endurance.

But Oldboy isn’t as violent as it’s reputation. Sure, some of the things that happen are VERY unpleasant, but Chan-wook has an old fashioned approach, keeping most of it off screen. Mind you, unless you have no imagination at all this film is best suited to those with a strong stomach.

The plot recalls David Fincher’s The Game, as Dae-su slowly realises every move he makes has been calculated, manipulated by an oppressor who’s always one step ahead. The difference being that Chan-wook pulls none of his punches, there’s no Hollywood happy ending. But with a US remake on the cards for 2006 (now theres a surprise) it’ll be interesting to see what concessions will be made to a less, um, demanding audience.

For Chan-wook, the last part of his vengeance trilogy, Sympathy for Lady Vengeance, will be released later this year.

With an excellent score, at it’s best reminiscent of the Dust Brothers work for Fight Club, this is a superb thriller. Unmissable!

Oldboy is out now on 4K Digital Download, and will be released on DVD, 2-disc Blu-ray & Limited Edition 4-disc Blu-ray box set 0n 7th October . The 2-disc and 4-disc editions include the new feature-length documentary Old Days: An Oldboy Story. The 4-disc set completes Park Chan-wook’s Vengeance trilogy, including Sympathy for Mr. Vengeance and Lady Vengeance, both pack with extras including new features, commentaries and the fade-to-B&W version of Lady Vengeance.

Great transfer and great sound. The supplement disc includes the score, a fascinating, but sadly unsubtitled, documentary. Non-Korean speakers may prefer to wait for the Tartan 2 disc release.