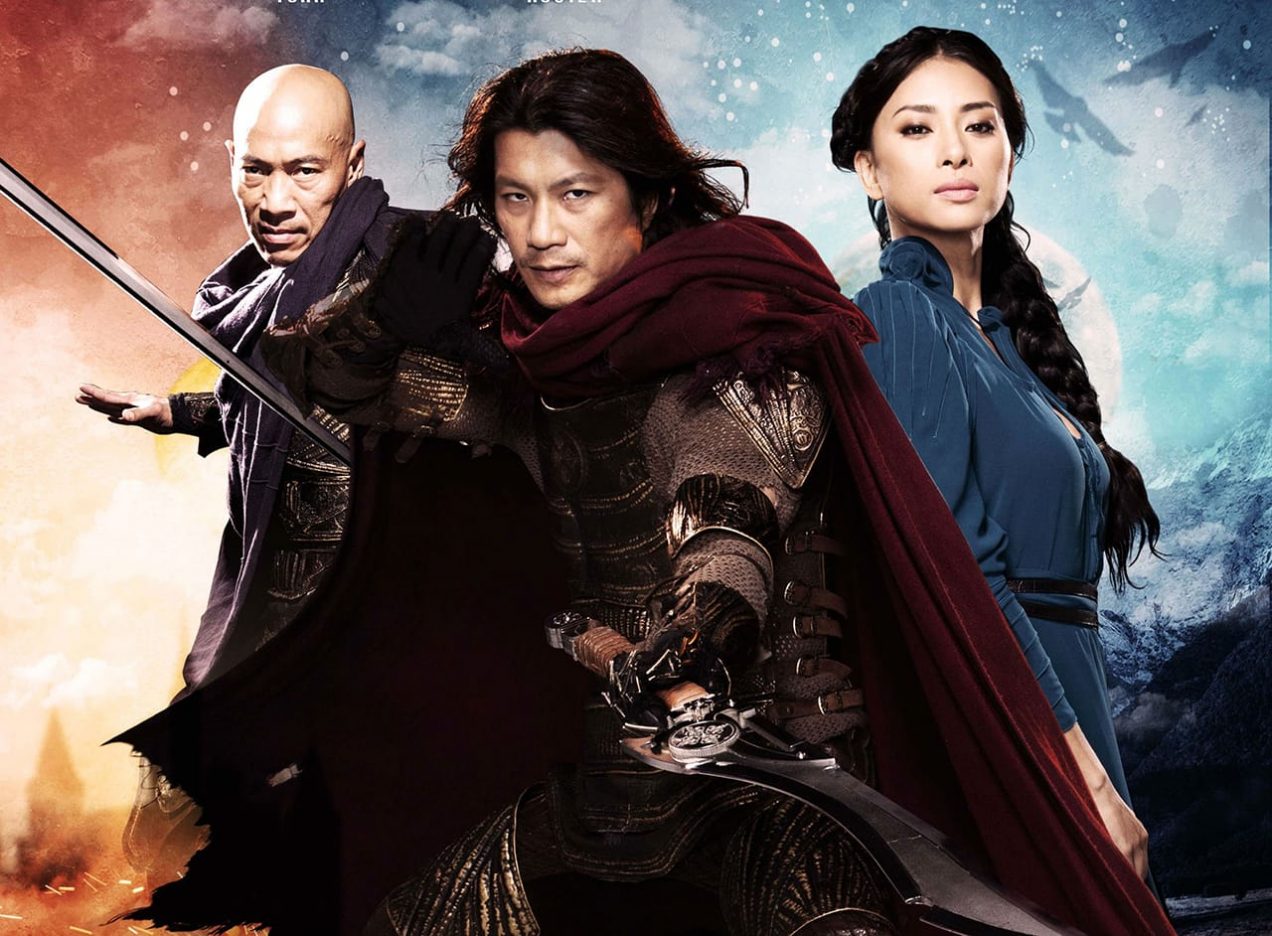 Serving as actor, writer, producer and director we are treated to the first Vietnamese fantasy martial arts films. Nguyen is our anti-hero Master Dao who is part a sacred warrior monk sect that serves to protect the country. After witnessing too many death and destruction he is assigned to seek out deserters of the sect. Wondering the lands he eventually arrives in a small town in search for yet another deserter. Here he encounters small time baker Hien (Thai Hoa Tran) being harassed by local thugs to sell his shop. Dao fends for Hien and in return Dao is offered lodging with his family, wife Anh (Veronica Ngo) and their troubled son Hung (Hoang Quan Nguyen). We discover that Anh and Dao share a secret past. Hien’s son despises his father as a lowly baker and shares some special connection with Dao. Dao spends much of his time in a bar drinking his sorrows away and along the way he is saved by a mute named Van (Dinh Ngoc Diep). Soon enters rival master General Long (Roger Yuan) resulting in an ultimate showdown between two martial arts masters.

One can see that Dustin Ngugen is heavily influenced by various well-established styles from the likes of Sergio Leone’s American westerns, George Miller’s dystopian world and Akira Kurosawa’s Yojimbo. Unfortunately his meshing of styles and genres do not quite work and instead we are left with half-baked ideas. Maybe budgetary concerns prevented him from fully realizing his ideas, as his world is bland and never fully convince us that this is active breathing world. The film is lacking direction and at times feels overly pretentious, the serious nature are at times interrupted by weak comedy resulting in a tonally awkward film. As a fantasy story it is not compelling enough to engage the audience and Nguyen presents revelations in such a mundane manner with obvious plot twists. Donning various hats and the brainchild of Nguyen much of the blame has to be laid upon him and at times this can feel like an ego project. Fight scenes are sparse with the focus of the film being on drama and sadly that does not engage the audience.

The biggest selling point should have been the action but unfortunately they do not live up expectations, those expecting the level of intricacies witnessed in The Rebel or Clash will have to look elsewhere. The fights themselves from Bui Van Hai with Roger Yuan serving as consultant are uneventful with little creativity to the fight scenes it is not helped by the choppy editing and an abundance of slow motion. The powers that the protagonist possesses are never put to creative use. Dustin Nguyen is a competent martial artist and one can see his skills in The Rebel and as is Roger Yuan who has many years in the industry as an action coordinator as well as training many A-list artists in the US but sadly the final confrontation between the two is underwhelming. Even with Veronica Ngo joining in the latter half of the fight does not lift it from being below mediocre. Not helping matters is that the audience is at a point where they care for very little to what happens to the characters.

Dustin Nguyen is a competent actor but here he comes off bland, which is not helped by his predictable character. He fails to emote the inner turmoil and heartaches of his character convincingly. His brief moments of comedy involving Dinh Ngoc Diep bosoms feels at odds with his overly serious character that he has established. Veronica Ngo is as beautiful as ever and fairs slightly better but over acts during her more emotional moments. Roger Yuan is serviceable as the villain but has very little screen time. Both Thai Hoa Tran and Hoang Quan Nguyen serve as father and son just fine. Unfortunately the other supporting characters provide very little for the story despite the actors performing admirably. Dinh Ngoc Diep’s Van serves little purpose in her thankless role other than to provide another pretty face to the feature.

The film is aided by decent cinematography courtesy of Wych Kaosayananda (Director of Ballistic: Ecks vs. Sever). Set design is a combination of old and modern day that neither elevates the film nor ruin the proceedings. Unfortunately the CGI is not up to the scratch as we are presented with weak computer generated moments.

If you were hoping that Dustin Nguyen would be the one to carry on the action industry of Vietnamese cinema laid out by brothers Johnny and Charles Tri Nguyen then you will sadly be disappointed. Once Upon a Time in Vietnam is a weak attempt from Dustin Nguyen and has very little to recommend.