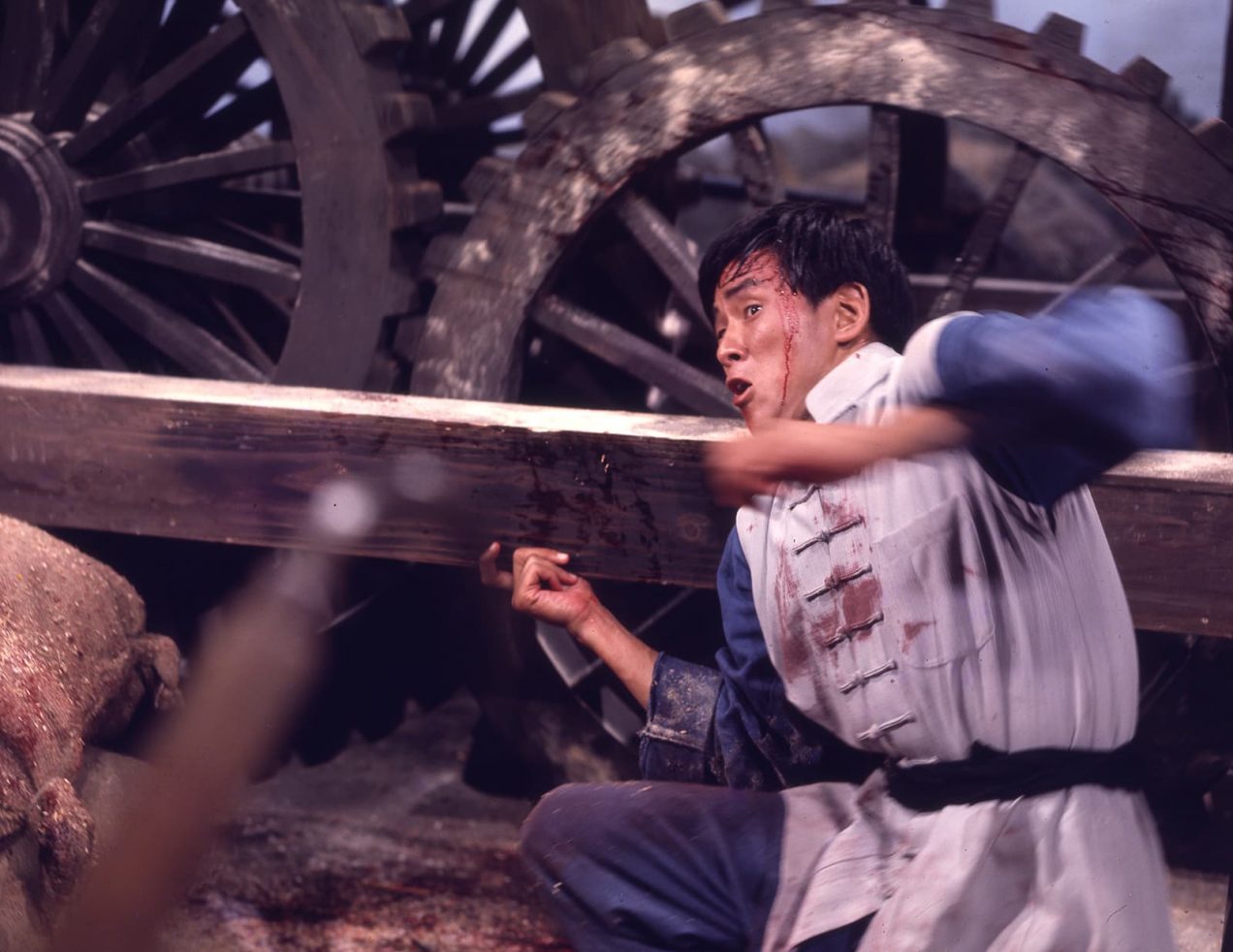 Before having one arm was cool, the kung fu film that started it all…

Around a week or two into joining easternKicks I was notified that an interview was available with the 2015 NYAFF Lifetime Achievement Award winner Jimmy Wang Yu (Wu Xia/Dragon, One-Armed Swordsman, Chinese Boxer). I had never heard of him, nor had I done an interview before, but six years later he is probably still the most influential filmmaker I have had the honor to sit with. The film One-Armed Boxer in particular is more epochal and paradigm-shifting than many may think. In one way or another most fans of Asian cinema have seen some form of homage or remake without even realizing it. Its sequel Master of the Flying Guillotine has been cited by the likes of Quentin Tarantino as one of his favourite films.

Prior to the 70’s martial arts films in China were primarily epic Wuxia films being pumped out by industry heavyweights King Hu and Shaw Brothers Studio. Wang Yu, being the insatiable trend-setter, wanted to move away from the traditional high-flying sword-swinging style into a more raw hand-to-hand style. This is what would eventually prompted him to leave Shaw Brothers Studio for Golden Harvest in order to further pave his own path. The move was ingenious, unarmed martial arts began to take cinema and society by storm. One-Armed Boxer and its predecessor Chinese Boxer aren’t only responsible for shifting the cinematic focus toward complex hand-to-hand combat, it also led to a resurgence in practising and studying Kung Fu across Hong Kong, Taiwan and Mainland China.

In One-Armed Boxer we see Jimmy Wang Yu as a martial arts student pushed to the brink after getting into a feud with various criminal gangs. In typical fashion said criminal gangs employ Japanese Martial Artists to overpower and subdue him, even taking his arm. Nevertheless, the loss of his arm fuels a training montage and Jimmy beats everyone up with one arm. The reason this is not in fact generic is that when this film came out it was still somewhat new. The lack of fantasy and folklore, the brutally realistic effects, and the simple bare-boned combat, was nothing short of unique. If anything, just how common this formula has become since is a testament to this film’s significance.

The film itself does suffer though from a retroactive viewing, where many fans today could be a bit inundated with the tropes, even though they were pioneering then. Wang Yu fascinates me for this particular reason, he does not in any way shape or form look like he should be fighting anyone, lanky baby-faced and a little melancholic there isn’t even an ounce of intimidation present. During his frequent and dynamic fights, I simply cannot suspend disbelief enough to think the chubby-cheeked doleful Jimmy is landing the hits. That being said they do an excellent job of building a narrative around it, making even Jimmy sometimes look deadly.

Baby-face and all the man is likely responsible for an entire chapter of cinematic history. I would recommend this film perhaps as part of a series, because it does stand up well solely on its historical significance. As a standalone watching experience it was not easy, so much has been done for the Kung Fu genre since Wang Yu that it almost feels lacking. Even Bruce Lee who arrived on the scene at the same time as One-Armed Swordsman, quickly eclipsed Wang Yu’s profile with his sleek and sexy brand of Kung Fu. Looking at the genre today, Ang Lee, Zhang Yimou, and even Wong Kar Wai have elevated Wuxia to new cinematic heights . This is all thanks to Wang Yu in a certain sense, but also the genre has simply come a long way.