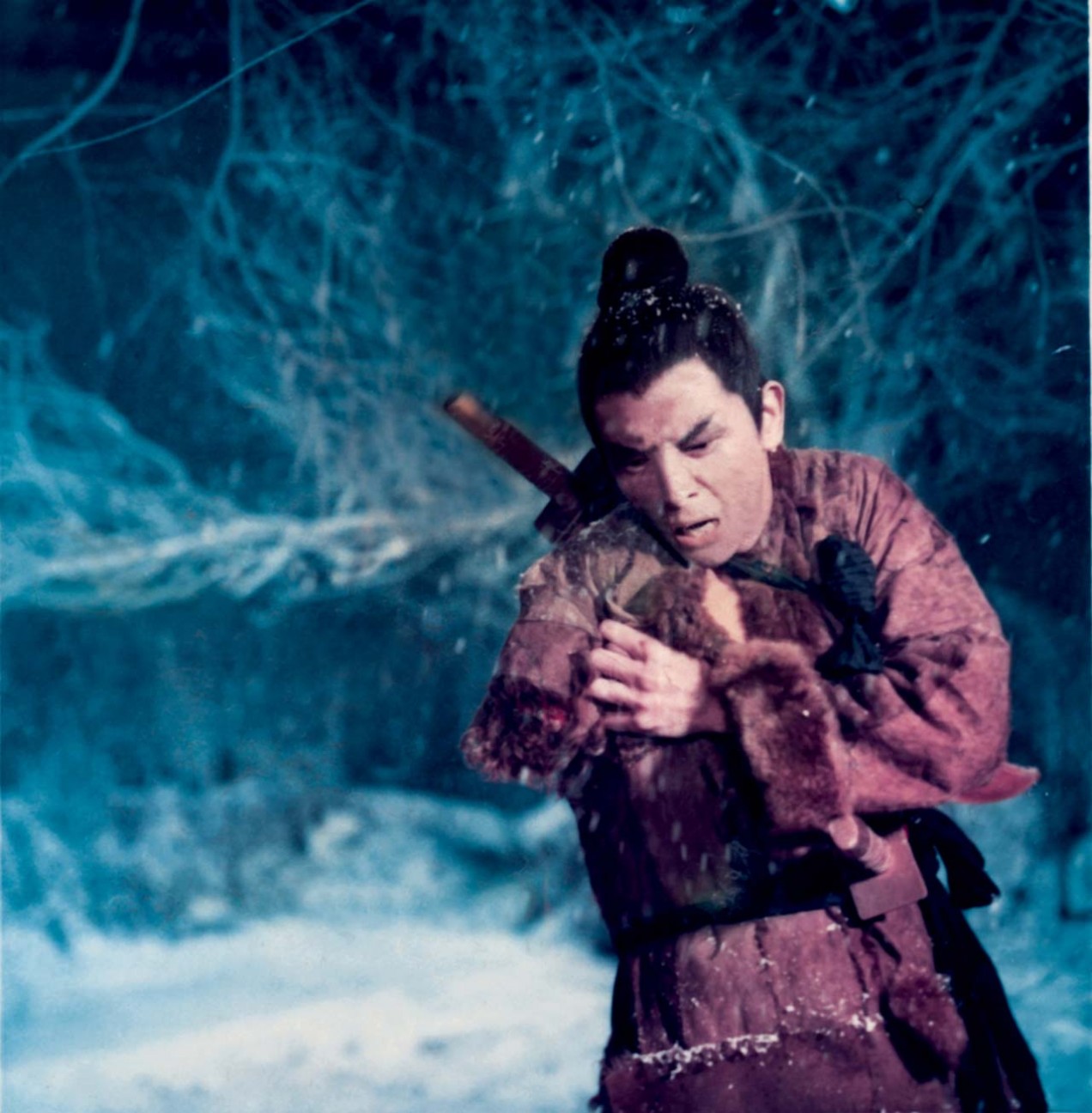 For the film that crystallised director Chang Cheh’s idea of the male-led, ultra macho chivalry stories of the late 60s and 70s, there’s a surprising amount of humanity on show in One-Armed Swordsman.

Chang favourite Jimmy Wang Yu (Tiger Boy, Temple of the Red Lotus, Magnificent Trio and The Trail of the Broken Blade) appears in the career defining role of Fang Gang, adopted into a martial arts academy by it’s master Qi Ru-feng because his father had sacrificed his life to protect him. All Fang has left to remember his father is the blade that became broken in that fight to the death.

Being from such common, though noble, stock, Fang is taunted by his adopted brothers and sister. Particularly his adopted sister Pei (Chaio Chaio) who actually has a bit of a thing for him. This turns rather sour when he won’t play their games and she ends up slicing off his arm as they leave him for dead. Qi desperately tries to find his adopted son but when the trail leads to a river presumes he has drowned. But Fang has fallen into the boat of Hsiao Man, a farm girl who nurses him back to health. He falls in love with her, and her simple way of life, yet circumstances won’t let him leave his old life behind. 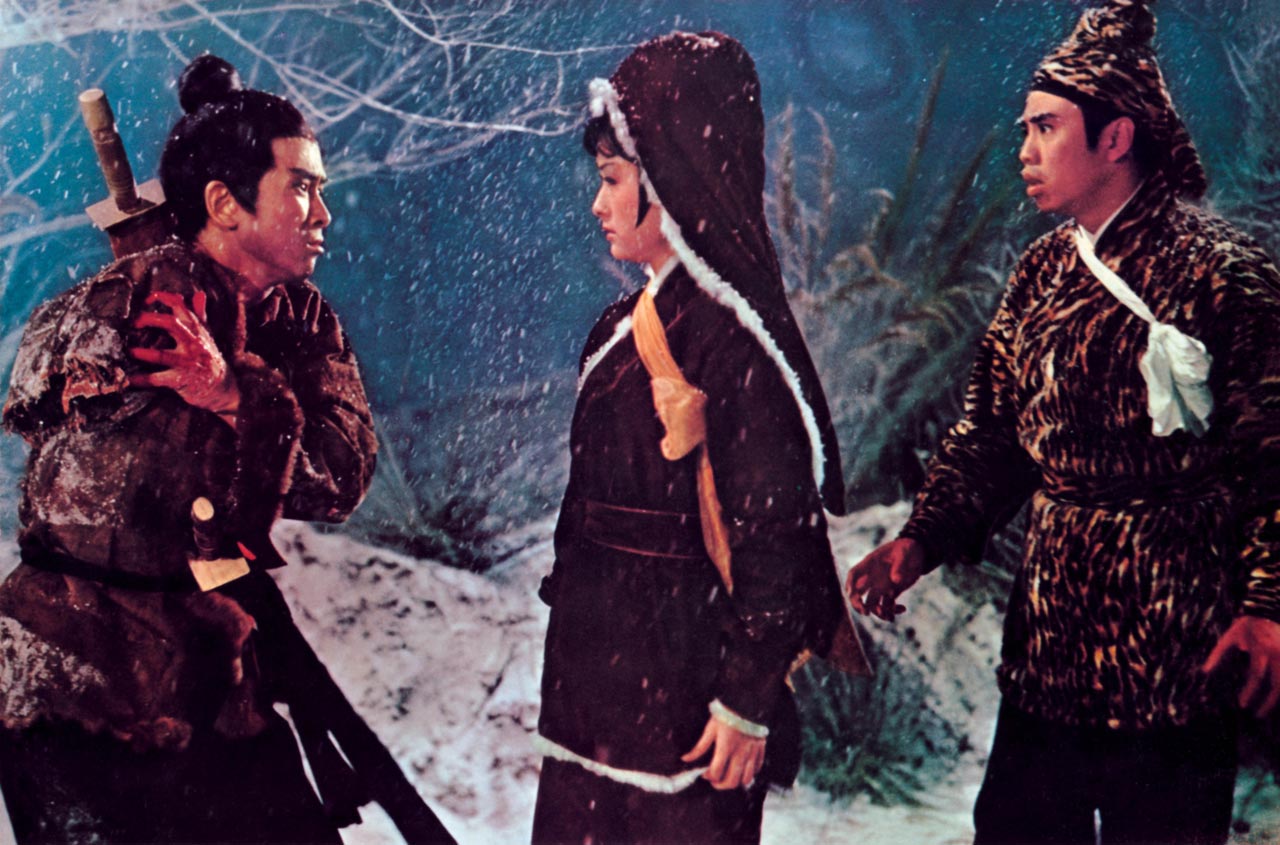 Qi’s oldest enemy, Long-Armed devil, is out to eliminate his schools students altogether, and this time he has the ultimate weapon. A really sneaky sword clamp that his pupils have no defence for, leaving them wide open to a fatal dagger. Learning this, Fang wants to save his old friends and begins learning how overcome his disability and save his friends. Hsiao is distraught. She too is the orphan of a swordsman and won’t let this happen to her beloved. But for once it’s not about honour, it’s about the wives and children of his fellow students who will also lose fathers.

A damaged manual left behind by her father turns out to be just what he needs, since only the LEFT hand side remains. And with his fathers lighter broken blade he’s found the perfect way to defect the villainous school of the Long-Armed Devil, since their clamp doesn’t work against his stubby little weapon. But will he be in time to save them?

Ostensibly a take on Zatoichi, the immensely popular Japanese series about the blind masseur who happens to be a shit hot swordsman, soon spawned it’s own sub-genre. Before too long, Chang had remade it with David Chiang, and Wang Yu with One-Armed Boxer, returning to both roles with Return of the One-Armed Swordsman and Master of the Flying Guillotine respectively, and even convened with the blind swordsman himself in Zatoichi meets the One-Armed Swordsman. More recently it’s inspired Daniel Lee’s What Price Survival (also known as One-Armed Swordsman ’94), Tsui Hark’s gritty revision The Blade, and even Ringo Lam’s Full Contact.

But the influence of Zatoichi was more than just featuring a physically disabled guy who kicked arse. The way those abilities were brought to the screen greatly affected Chang and his contemporaries like King Hu, whose Come Drink with Me was released the same year (and arguably did it better).

For writer Ni Kuang it was the first foray into film. He’d made his career as a writer of wuxia serials in daily newspapers before some of his stories, particularly The Six-Fingered Lord of the Lute, were successfully filmed. This first produced script paired him with Chang, the start of a long running partnership that would define the unstoppably macho Hong Kong movies of late sixties and seventies, including Vengeance!, Blood Brothers, Duel of Fists and The Heroic Ones.

Yet One-Armed Swordsman is quite different. Despite defining the genre in so many ways, it made a strange choice for inclusion in the touring ‘Heroic Grace’ season of martial chivalry films, which came to the NFT in 2004. For Fang Gang, as he says himself, it’s not about the honour or chivalry, but the families involved. It’s an unusual notion for that particularly Chinese attitude were it is better to face hardship or even death than ‘lose face’. One Jimmy Wang Yu would take up again in Master of the Flying Guillotine where he hides his students from harm rather than have them become cannon fodder. It also allows it’s lead that most unusual of Chang Cheh events, a happy ending.

To modern audiences, much of One-Armed Swordsman might look primitive – and too often we underestimate the sophistication of these movies, that the humour is actually intended. There’s no way, for instance, that Fang’s impromptu use of a mask can possibly help to disguise the only one-armed man in the prefecture. But it’s stood the test of time, an enduring and often touching classic for lovers of swordplay movies.

You can buy or rent One-Armed Swordsman on iTunes in full HD format.

All three films in the trilogy are now available separately on Blu-ray.