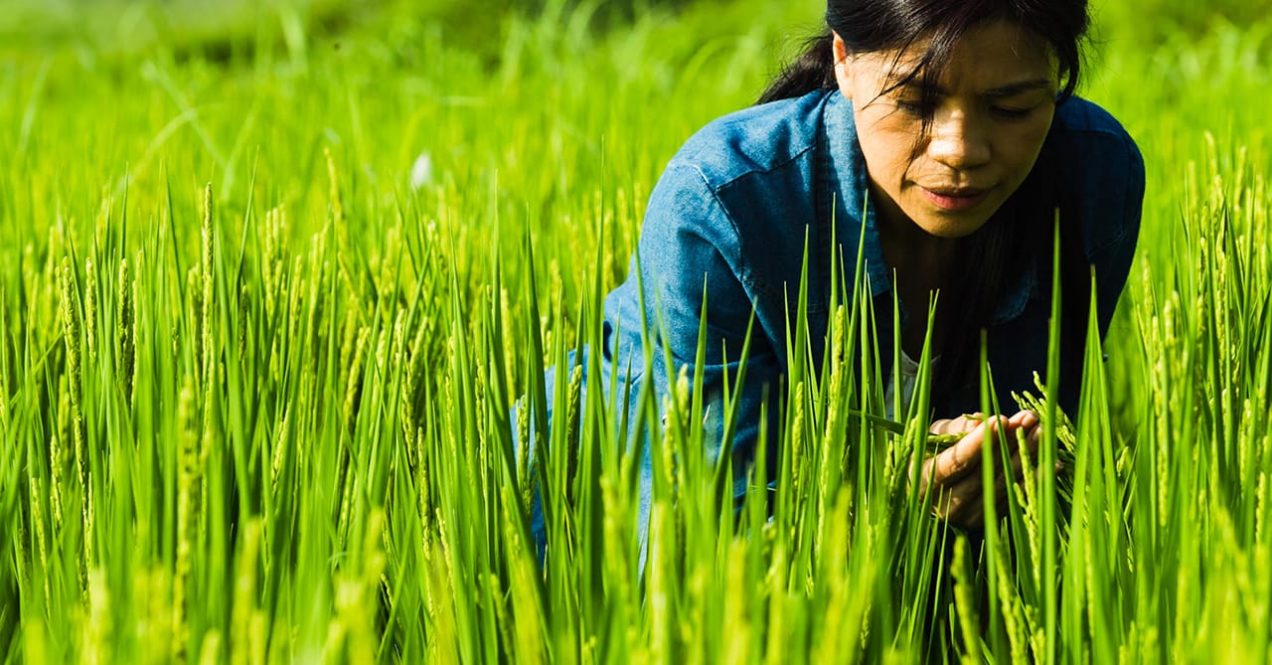 Our main character Panay (Ado’ Kaliting Pacidal) is a hard working mother of two who is dissatisfied with the lack of integrity from colleagues at her job as a news reporter. After being informed that her father (Kaco Lekal) has fallen ill she travels back to her childhood town in Hualien to reunite with her two children Sera (Rahic Kulas) and Nakaw (Dongi Kacaw) whilst striving to aid her ailing father. However further complications rear their heads as the vital rice paddy fields of the village are drying up, meanwhile the increased tourism and commercial property developments trouble the locals who long for their traditional way of life not to be snatched away. Panay responds by attempting to revive the rice paddy fields and restore her community’s identity.

Panay, also known as Wawa No Cidal, may seem like another average environmentalist movie; the evil corporate world versus the tree loving tribes people, with a clear bias towards the latter. Panay however manages avoid these tropes by portraying an objective stance on the issue and focussing on the personal growth of our heroine.

A highlight of the movie is it’s beautifully shot landscapes courtesy of Director of Photography Liao Ching-Yao, shots of the rice fields and sea shores are a picturesque dream. Add to this a score by Suming Rupi and you have an atmospheric film which reveals the festive and ritualistic layers of this Taiwanese town. Indeed the score plays a huge part in the tone of the film and can lift your mood making you feel like part of the movie with its hearty, indigenous folk songs. Panay even achieved a Golden Horse Award for Best Original Song 2015, Sumi himself hoped that the musical elements would help viewers learn more about Taiwanese Aboriginal culture.

Pacidal gives a terrific performance especially given her status as a debut actor, the actress manages to evoke emotion and determination without veering into over acting. What we see is a determined character fighting for her family and her roots against relentless obstacles, whilst still rising up after getting knocked down. Her onscreen children also stand out as Kacaw excels as the innocent yet spunky child who fights alongside her mother. Another character includes childhood friend of Panay, Sean (Bokeh Kosang), who is convincing inhabitants to sell their treasured land to property developers. Sean’s character reinforces this idea that the film is taking quite a non-biased and realistic stance on the issue. Whilst there is a leaning towards the message that the indigenous people’s culture must be preserved, Sean represents the opposing argument that commercialism can provide useful capital gain and employment. Viewers from the city could understand this.

The goal for cultural authenticity is present in casting decisions where many actors are of Amis descent. Bit of background, the Amis are one of many Taiwanese Aboriginal tribes with populations of several hundreds to several thousands, making them the largest Aboriginal group. The tribes traditionally partook in fishing and rice paddy cultivation which is showcased accurately in the film, additionally ritual is a key element of Amis culture with the annual Harvest Festival for example. Pacidal is of Amis descent as are many other actors, aside from the genuine cultural feel this casting brings, there are downfalls. Many of the side characters are indigenous people and according to the director, have personal experience with the urban developments of their land hence their casting since they can accurately portray the emotions for each situation. Sadly the performances of some of the townsfolk and protestors is quite sub-par and doesn’t evoke the emotional response it should.

Another downside to the movie is the slow pace and general subdued tone, at least when the festivities are not on full blast. Although the film, as mentioned before, strays from Hollywood clichés of environmental themed movies it could have benefitted from some stronger drama. You want to want the tribes people to reinvigorate their paddy fields and hear about their attitudes and emotions towards their protests. However you hardly hear any engaging conversations between characters about their motivations, it would have been nice to hear from the local people aside from just Panay’s father. Furthermore, the overall struggle to restore the rice fields is rushed over at times giving the audience little opportunity to travel along this journey with the characters.

These choices make more sense considering this film was based on a 2012 documentary by Sumi titled The Wish of the Ocean Rice. The film follows a native of a Taiwanese indigenous tribe who returns home to see tourism and commercial giants eroding the land away and causing rice paddy fields to be abandoned. Spurred by these events the young man aims to restore the paddy fields back to their full vigour. After co director of Panay, Cheng Yu-Chieh, saw the documentary he convinced Sumi to adapt it into a feature film. As a result, the problems with the film are explained since it does seem like a strange blend of feature film and documentary. There are moments when Panay works well as a film but would have worked better as a documentary, as there is no real balance.

Without raining all over the feature it does have a message to share and it is shared well, you learn a lot about the agricultural lifestyle of the Amis and identify with Panay’s struggle. There are stunning scenes of harvesting life that display the traditional values of these tribes people, the film says so much without saying anything. Through Pacidal you view the story not only as a fight to preserve cultural heritage but also Panay’s journey to rediscover her roots and do what is right. The ultimate lesson is not one sided; Panay left the village and her children to provide financially for them, however she is still celebrated as “Pride of the Tribe” for this achievement. This is where the film succeeds in not conforming to environmentalist genre clichés which is as refreshing as the Babylonian landscapes of the Taiwanese backdrop.

Ultimately Panay is a touching and educational tale which could have been perfect had it found that compromise between documentary and feature film.

Panay screens as the closing film of Chinese Visual Festival on 2oth May at BFI Southbank, with a Q&A from star Ado’ Kaliting Pacidal.