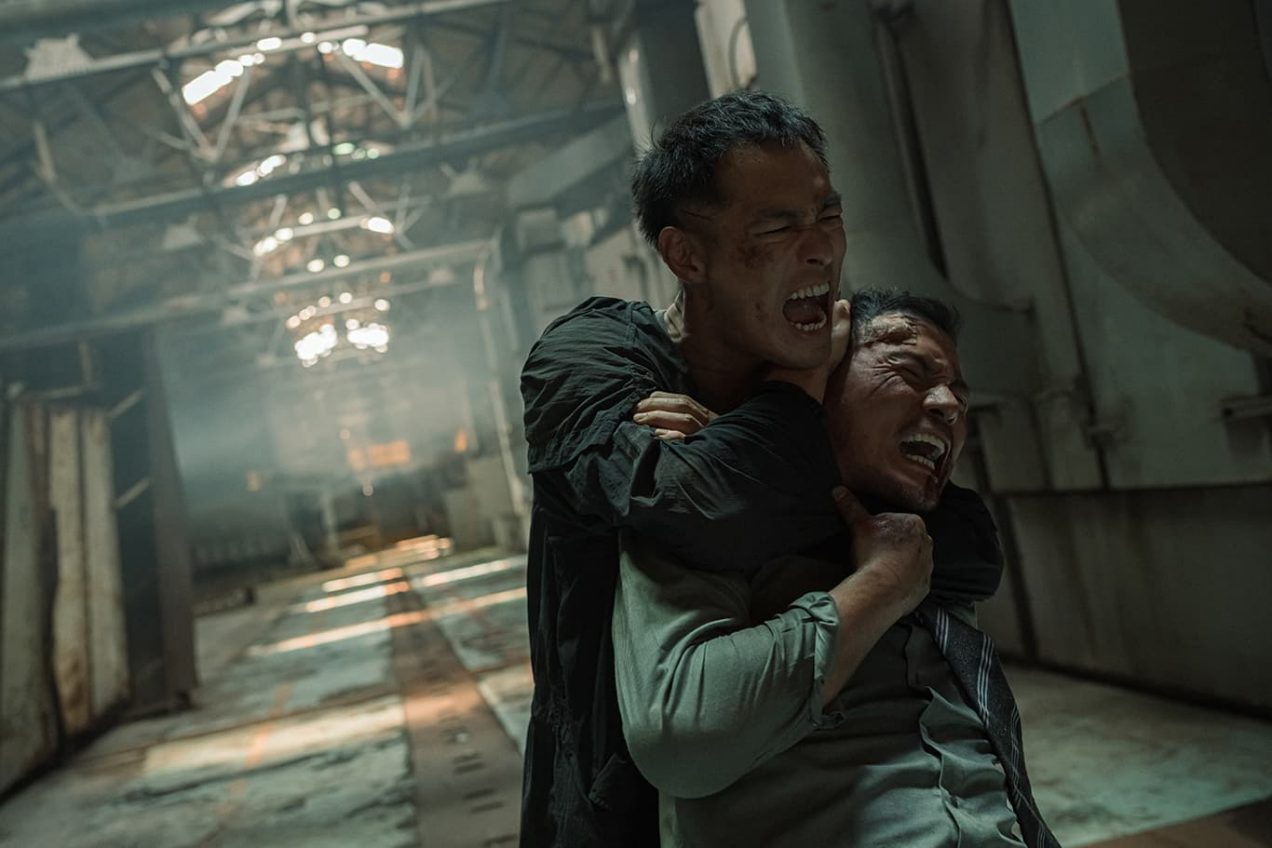 Tony Yo-ning Yang plays Ming Ze, who awakes from a bus accident to find himself sharing his consciousness with four other passengers. All are suspects in serial kidnapping and murder, all dead, and all uploaded into the body of a comatose convict. A groundbreaking scientific procedure by Dr Shen (Sandrine Pinna) – with her own reasons for wanting to get to the truth – allows hardboiled detective Wang (Frederick Lee) to interrogate each one to their involvement in the crime.

To prove his innocence, Ming escapes taking Shen hostage, to try and track down the only surviving victim. But when it becomes apparent the consciousnesses share more than just a body, but memories and motives too, taking anything at face value is a deadly mistake. Is anyone what they claim? And has the tune of Frère Jacques being whistled ever sounded so menacing?

Billed as Taiwan’s answer to Split in a few places, the comparison isn’t unfair. Tony Yo-ning Yang’s performance might lack some of James McAvoy’s physicality, but he still throws himself into portraying the various minds fighting for control of Ming Ze’s body. The plot more closely resembles James Mangold’s Identity, while stylistically the world in which the subconscious personalities exist has more in common with Noah Hawley’s rather unsuperhero-esque X-Men spinoff Legion.

Having assembled such a distinguished cast, Shiao stumbles to use them all to full effect. Sandrine Pinna is too underdeveloped to make her role any more than disappointingly one dimensional. It’s the personalities that fair worst though, with director Aozaru Shiao awkwardly caught between wanting to show them on screen and allow Yang to portray them, in a way that risks doing neither the justice they deserve.

If anything, the film is more of a throwback to some of the Hollywood thrillers of the 1990s, balancing a relatively straightforward police procedural on an overbaked science fiction or supernatural premise. The likes of John Dahl’s Unforgettable or Gregory Hoblit’s Fallen spring most readily to mind. Much like those films, though, Shiao keeps the narrative rattling along with enough pace that you don’t ask too many questions. There are enough twists and turns to keep you entertained. And when the action turns violent, it’s grislier than you might have expected. The same could be said of the film’s official theme, Till My Ride Comes, a surprising slice of hip hop from 高爾宣 OSN.

Nicely shot with tight editing from Chen Chun-Hung, whose credits also include The Silent Forest, The Bold, the Corrupt, and the Beautiful and Zinnia Flower, and the result is an enjoyable slick thriller that delivers. Perhaps not as clever as it could have been, but under no illusions about what it is either.

Plurality is released on UK Digital Platforms by Signature Entertainment.