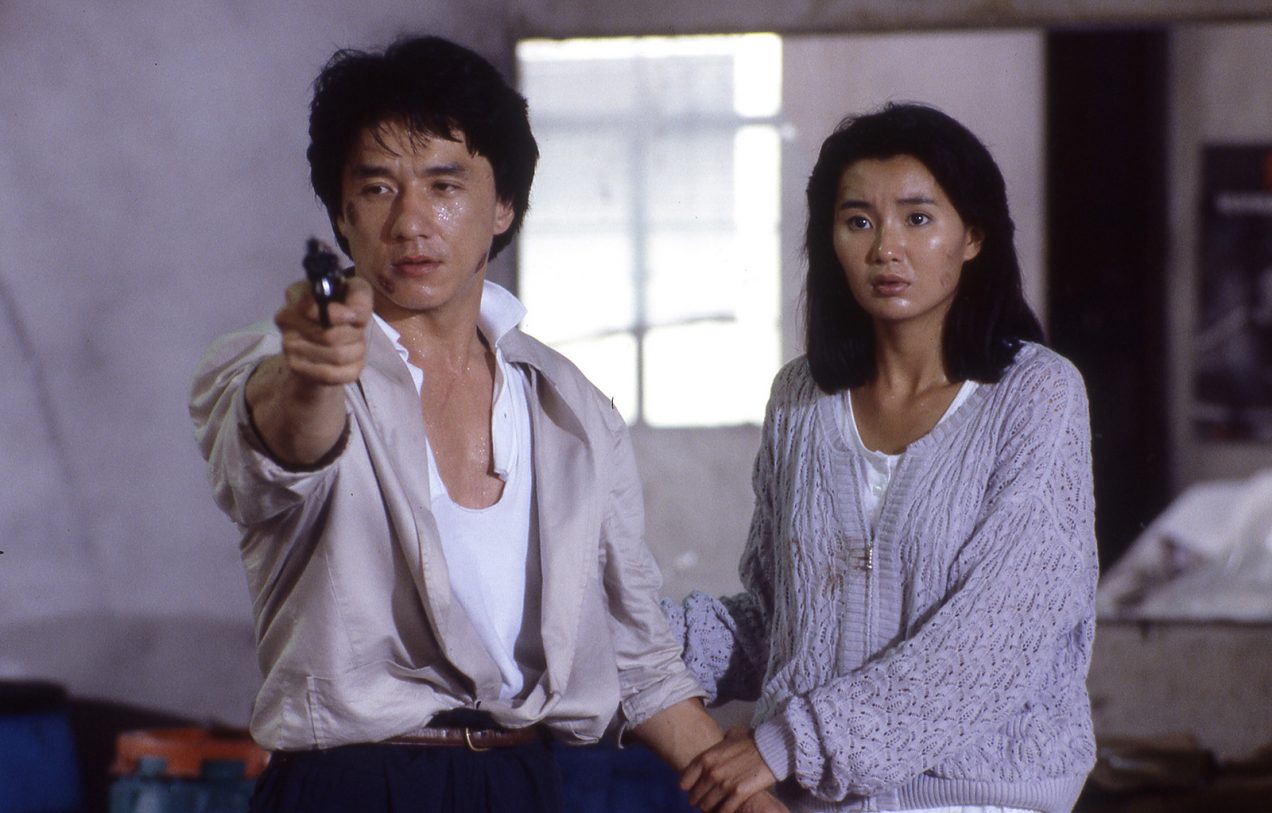 Despite the explosions, this low-key sequel to the groundbreaking original fails to ignite…

Jackie Chan’s 1985 Police Story was a groundbreaking piece of cinema, with its large action set pieces setting a new bar in what was possible in Hong Kong Cinema. Already a huge star at home, Chan was starting to become a name known in the west, although he was far from the mainstream icon he is today. So it was somewhat inevitable that a sequel would be made (and there would be two further sequels, at least two later reboots and a spin-off with Michelle Yeoh’s character from Police Story 3), so the big question is – does it stand up to the original?

We once again are asked to follow the adventures of Hong Kong Supercop Chan Ka Kui (Jackie Chan, Drunken Master[1]), who despite his success in saving the day in the original movie, is not that popular with his bosses, ‘Uncle’ Bill (Bill Wong, Rumble in the Bronx) and Supt. Raymond Li (Lam Kwok-hung, Police Story) as his heroics have come with a huge financial cost due to the property damage caused. Chan is demoted to a lowly traffic cop, but this doesn’t seem to affect the adoration he gets from his girlfriend May (Maggie Cheung Man-yuk, In the Mood for Love[2]).

Things get a touch more tricky when the crime lord Chan put away in the first film, Chu Tao (Chor Yuen, The House of 72 Tenants) is released from prison due to a terminal illness, and Chan and May are hassled by his henchmen, led again by the incredibly annoying John Ko (Charlie Cho, Aces Go Places II). Further bust-ups leave Chan and his employers at loggerheads, so he resigns, and decides to go off on a long vacation with May. Meanwhile, in an unrelated development, a series of bombings take place, targeting a particular company. Chan is involved in clearing a Shopping Mall that is targeted and when Supt. Raymond is assigned the task of apprehending the gang, he immediately tricks Chan back to active service.

Police Story 2 is almost unusual for a 1990’s Hong Kong action film, and especially a Jackie Chan film from this era, because it is so plot heavy. We not only get two different sets of bad guys, but the relationship of Chan and May gets way more screen time than the original. In fact, the whole affair is much more low key. Police Story stood out mostly because of the amazing large scale stunt work, whereas this film doesn’t really have the same stand out set pieces. Chan, of course, is authentic and inventive during the fight sequences, but the whole package doesn’t seem as fun as similar films of this period of his career. Even the outtakes that accompany the end-credits seem rather under-whelming (although Maggie Chueng gets some kudos from this reviewer for the whack she got on the head during filming).

Chan, of course, is the star, but I did feel this film lacked the sparkle I would expect from him. Maggie Chueng was a big star at this stage, but she was yet to hit the heights of something like In the Mood for Love or Centre Stage, and to be honest, she comes across as fairly annoying and petulant. There is humour though, and the playful relationship between part-time actor/horse racing commentator Bill Tung and Lam Kwok-hung is quite the fun double act.

I watched the newly restored 4K version of the film, which clocks in at an epic 121 minutes (the Eureka set also includes the original 100 minute Hong Kong cut, and the slightly short UK dubbed VHS release), and I have to wonder that if sometimes films get cut for release for good reason. The mash-up of two totally unconnected storylines does the film no favours, and when you find out that an utterly pointless sequence of Chan planting a bug in a boardroom is one of the moments previously excised from the running time, you don’t necessarily disagree with the decision. What is worse is that the whole John Ko subplot can’t make up its mind if it is being played for laughs, or is actually sinisterly creepy – and then it ends up as an unsatisfying shaggy dog story. The plot with the bombers doesn’t really get enough space to work out their motivations, and also gets fairly nasty in terms of a torture sequence, and really rather dark when one bomb results in a minor character losing her arm (or does she? literally the next scene seems to suggest that didn’t happen).

We also need to talk about Lai Keung-Kuen’s character. He turns out to be one of the leaders of the bombers, but is also a deaf-mute. Well, he’s certainly deaf, but the film seems to think his muteness needed to be accentuated by him making sounds like a chicken. it’s not only annoying, but along with a painful sequence where Chan and his colleague really fail to grasp what deaf means, it comes across as cruel mocking. I know one has to view things through the prism of time and culture differences, but I found this really rather unpalatable. The shame is – Lai puts up some really good fighting sequences with Chan.

I mentioned also the lack of big-ticket action sequences. They seem to have been replaced by a couple of really massive explosions. The final, climactic, big bang really is genuinely spectacular (and apparently was the biggest explosion ever set off in the territory at the time) – but the biggest of bangs really can’t make up for what feels like a movie mired in inadequacy.

Jackie Chan’s Police Story and Police Story 2 are released for the first time on Blu-ray in the UK in brand new 4K restorations and fully uncut, in a special Limited Edition (3000 copies) Box Set packed with extra content.

[1] If you are reading this review and you don’t know who Jackie Chan is and what films he is in? I suggest you have come to the wrong place.

[2] If you are reading this review and you don’t know who Maggie Chueng is and what films she is in? I suggest you have come to the wrong place. Again!