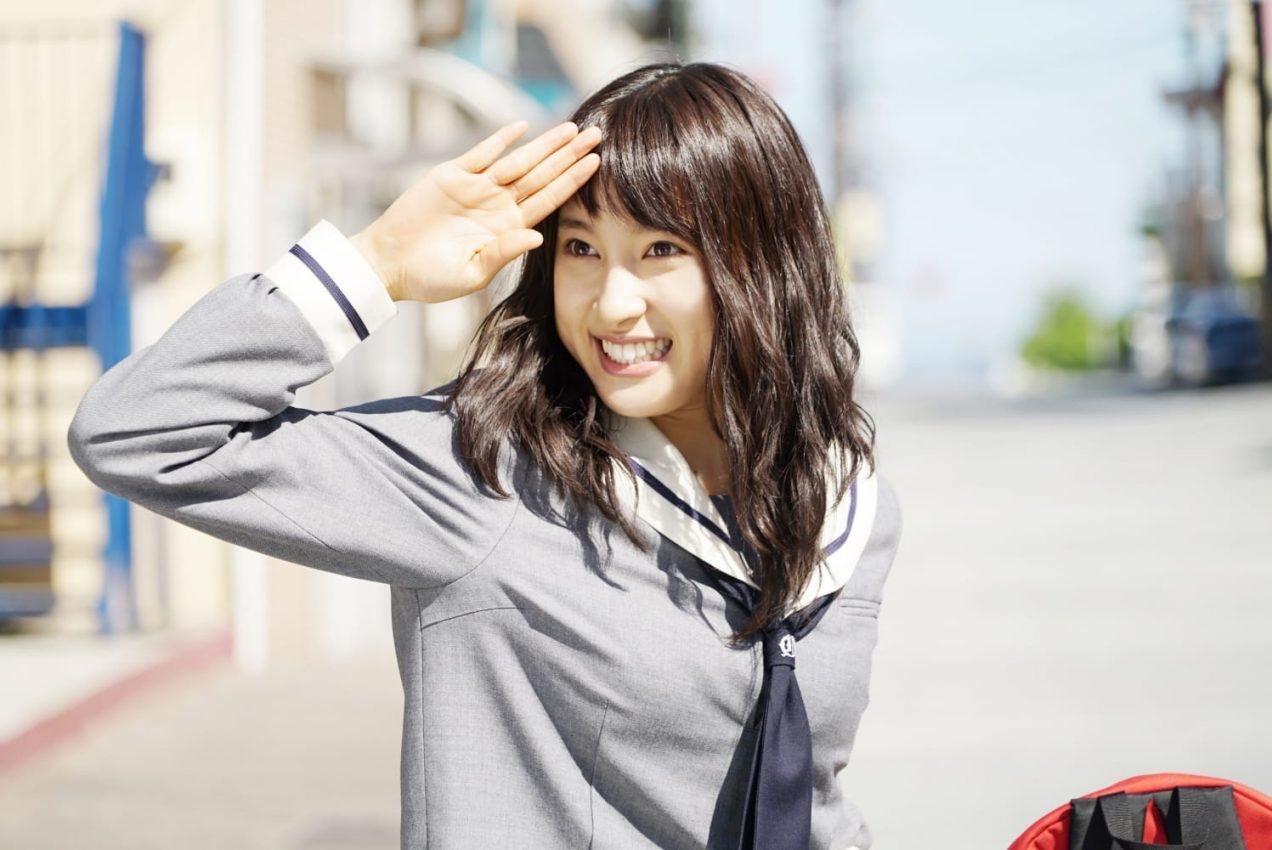 When 26-year-old policeman Kota (Kazuya Kamenashi) meets Kako (Tao Tsuchiya) he knows he’s in love, what he doesn’t realise, though, is that she’s only 16. Since it wouldn’t be appropriate for them to just date, what can the smitten pair do but get engaged? Does this plot sound weird? Then the film probably isn’t aimed at you.

Adapted from the hit shojo manga by Maki Miyoshi, this age-inappropriate romantic comedy is meant for the manga’s female fans who are all probably the same age as the bubbly protagonist. The does explain the way in which the film pans out: cute single policeman meets 16-year-old girl pretending to be 22, when he finds out he, reasonably, says they can’t date but when she’s caught in the middle of a gang he decides he wants to protect her regardless of the age gap. Kako is all too willing to play house with him and her parents -suprisingly- come on board too, everything is perfect, or so Kako believes.

The 16-year-old wants to live her dreams of what love is, to cook and clean for her fiancé and be proposed on top of a Ferris wheel. It’s a little frustrating, as a feminist, to see a young girl so willing to become a housewife and do everything she can to please her husband, it would have been nice if she had ambitions of her own. While it is understandable that a lot of young girls dream of getting married, it was a shame that her character wasn’t developed beyond her desire to please Kota. Tao Tsuchiya was charming as Kako, though. Her energetic personality makes her the perfect protagonist of a film of this genre, and while she was a little naïve it did make sense with her character. Kazuya Kamenashi was equally as good as the noble Kota. Granted, this isn’t one of his best roles to date, but he did what he could with the role that was given to him.

Policeman and Me is a light-hearted teen movie, it follows all the tropes of a Japanese high school story like preparing for the cultural festival but it also tries to tackle some interesting topics. One, in particular, is the struggles of Kako’s classmate Okami (Mahiro Takasugi) whose home-life and gang affiliation has landed him in hot water more times than he can count. He feels he’s not worth saving especially because he hurt Kako once, so when she and her friends decide to lend him a helping hand he doesn’t know how to react. Their friendship, and determination to lead him down a better path, certainly added to the thin narrative surrounding Kako and Kota.

What else was interesting was the way in which the lead pair’s relationship forced Kako to see what it’s like to be with someone in a job as dangerous as being a policeman. It gives her the chance to mature a little, to make her think rationally about whether she can take living with someone in this line of work. It was good to see that there was a little more depth to their relationship then just blind love, and while it didn’t affect the cheesy and cute narrative all that much, it was still interesting.

Complete with a ridiculous and uncalled for musical ending, it’s clear that this film is not meant to be taken seriously. It’s just a bit of fun, and with all the depressing news out there why not spend a few hours watching this cheerful rom-com? At the very least you can enjoy seeing Kazuya Kamenashi in a police uniform as much as his fictional wife-to-be.