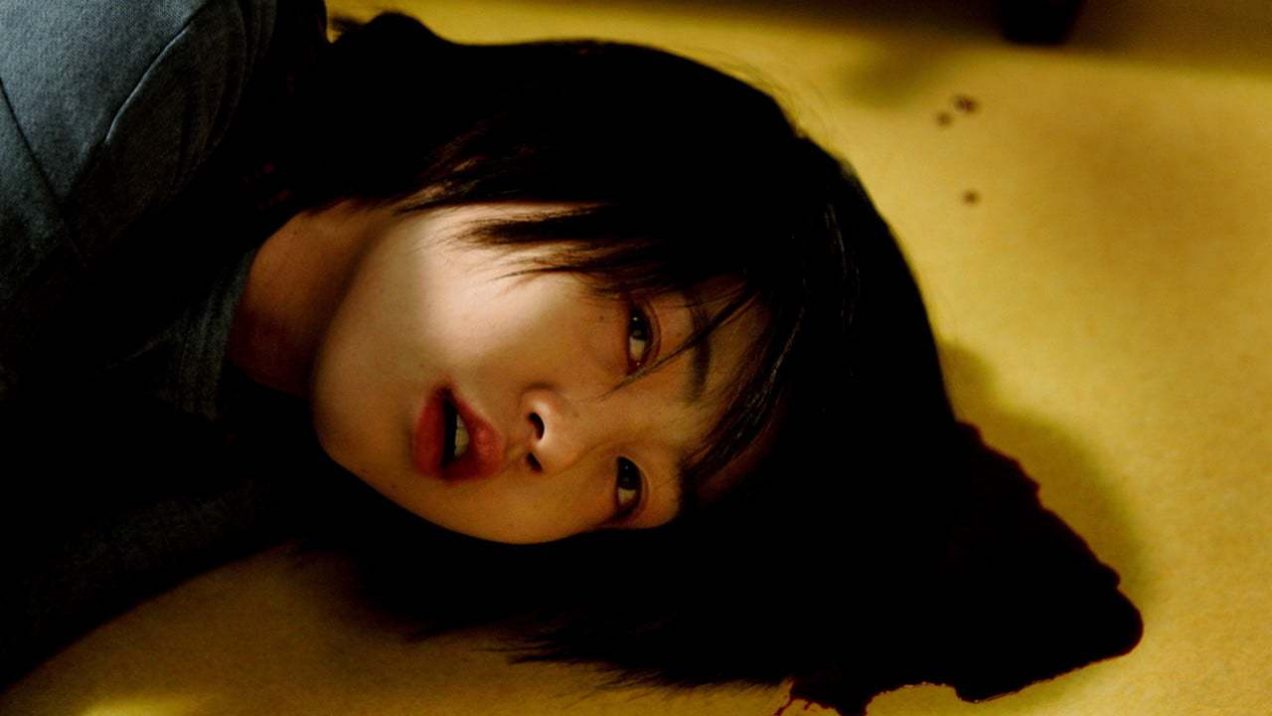 Possessed (also released as Living Death), the 2009 debut from Lee Yong-ju, who had previously worked as an assistant on Bong Joon-ho‘s Memories of Murder, offered something quite different and far more interesting than most of the Korean long-haired ghost horrors of the time, delving into themes of religion and cultural clashes in a way which recalled The Exorcist, and perhaps a little more surprisingly, Lee Chang-dong’s Secret Sunshine. Of note for Korean genre fans is the fact that the film also marked the return to horror of actress Nam Sang-mi, five years after her popular turn in Dead Friend and four years after her last screen role.

The film begins with hassled college student Hee-jin (Nam Sang-mi) receiving a mysterious late night call from her younger sister So-jin (child actress Shim Eun-kyung, also in the horror Hansel and Gretel), only to be told the next day that she has gone missing. After her newly religious mother (Kim Bo-yeon) proves unable or perhaps unwilling to help, she turns to the police for help, in particular to an embittered detective (Ryu Seung-ryong) whose own daughter is dying from cancer. Hee Jin’s investigation uncovers the bizarre suggestion that So-jin may have been demonically possessed, something which begins to seem increasingly possible as a number of neighbours connected to the missing girl commit suicide under strange circumstances.

Possessed follows the path of some of the very best horror films by comprising equal parts scares, character drama and grander themes. Director Lee does a great job of neatly side-stepping the usual genre clichés throughout, aiming for ambiguity and eeriness rather than cheap frights, and as result the film plays on the mind rather than the nerves. The demonic possession conceit is introduced gradually, and since the viewer largely experiences the film from the perspective of protagonist Hee-jin, it seems all the more believable. Indeed, one of the film’s greatest strengths is its grounded feel, with most of its horrors growing not from the supernatural, so much as sadness and emotional torment. Inevitably, there are a number of surprise revelations along the way, and although the ending itself is fairly well signposted from early on, it still works very well in a suitably downbeat and grim fashion.

The main theme being explored is that of the clashes between different religions and cultures, and how their beliefs and faith can be twisted into something dangerous and harmful. Where Lee scores highly is in his even-handed portrayal of both imported Christianity and native Shamanistic religion, with neither coming off as better, or indeed less based around manipulation and superstition than the other. Indeed, although the film certainly revolves around a general belief in other worldly forces, its demons are undoubtedly more effective for being non-denominational, or perhaps even imagined. The film asks questions rather than spoon feeding answers, and lingers in the mind after the credits have rolled.

To a large extent, the film’s success also lies in its excellent performances, with Nam Sang-mi in particular being convincing and compelling as the increasingly confused and tortured Hee-jin. At once driven and emotionally vulnerable, she provides the film with both its dramatic core and its heart, and its hard not to feel for her as she slowly comes to realise the frightening and depressing truths about her family and neighbours. Lee makes the very most of this, and the film has a tense, almost paranoid air in places as it edges slowly but surely into a world where demonic possession, religious fervour and madness are interchangeable. Certainly, things do get quite disturbing at times, as he injects some bizarre and startling imagery, which benefits from being subtle rather than graphic. Similarly, the film is arguably more unsettling for its general lack of showy special effects, and raises more chills through its plain and stark depictions of paranormal intrusions into everyday life than any CGI based nonsense.

It’s this approach which marks Possessed as not only one of the most interesting, but indeed one of the best Korean horrors of the period. Lee Yong-ju shows an impressively assured hand for a first time director, eschewing most of the tired old shocks and overly familiar foolishness which often plague the genre, delivering something far more chilling, not only on a visceral, but more importantly on a psychological level – based on the evidence here he’s certainly a very talented director, and it’s a shame he’s made so few subsequent films.