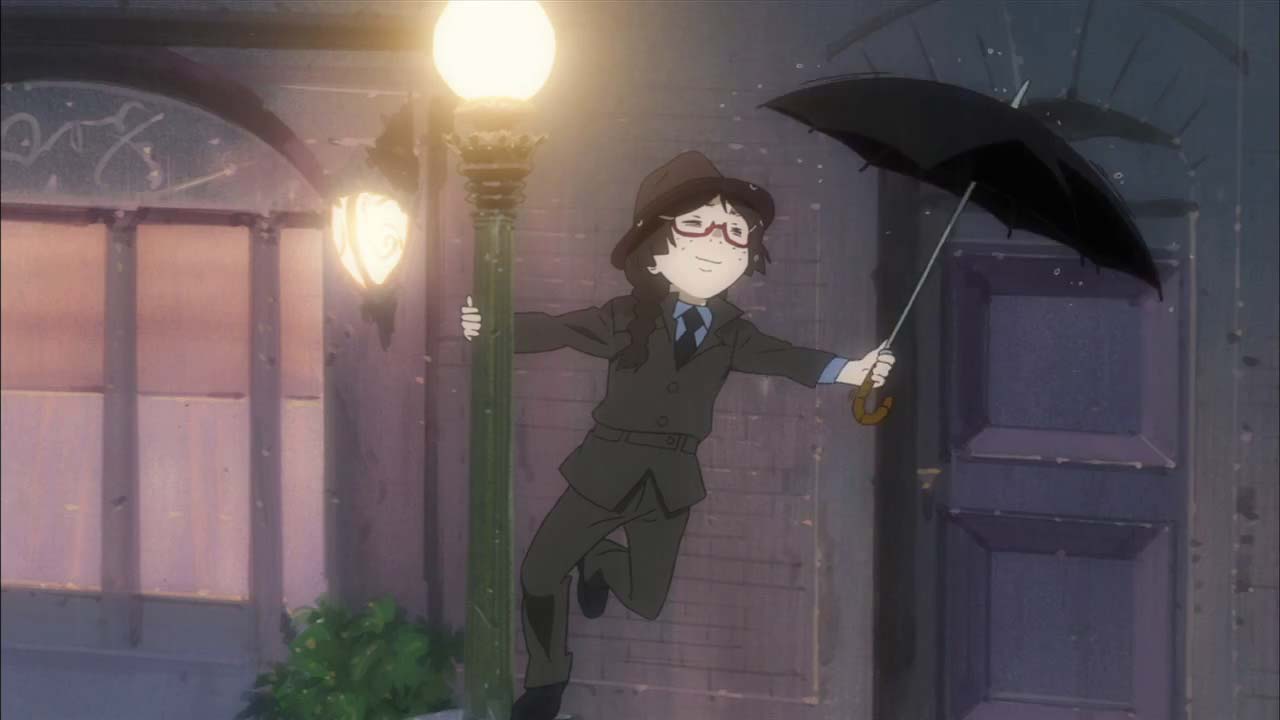 A flat-share full of introverted girls, and a girl with a surprise…

“Introverted” is probably an understatement: the five girls of the Amamizu-kan are otaku with paralysing social anxiety problems. Chieko collects dolls and kimonos, Bamba knows everything about trains, Mayaya sees the world only through references to the Three Kingdoms, Jiji likes old men, the never-seen Mejiro writes manga, Tsukimi loves jellyfishes. And it is while trying to save a jellyfish that Tsukimi meets the person who will change her life: Kuranosuke, the cross-dressing son of a big-name politician.

Drama, politics, comedy, and romance ensue. The girls will become a little less paralysed when out in the world, Tsukimi will find her calling, and a significant plot line is left dangling…

I admit that I liked this series way more than I expected to. The girls are mostly depicted as irredeemable losers, living off their parents’ money with no will for change. Mejiro is the only one with a job (but she’s very tangential to the story), and Tsukimi is the only one who can at least imagine changing her condition. Tsukimi and Kuranosuke are the only two characters who have some real depth, although Kuranosuke’s half-brother and the real estate developer get some development.

And yet, and yet… Even if the girls are funny, they’re not really made fun of: we laugh more with them than at them. Kuranosuke’s cross-dressing is considered a nuisance by his family, but nobody ever thinks less of him for it. The way people dress is shown to be very important, but in a “let’s impress the shallow people of the world” way, not as an end in itself. Everything is measured to keep the story lively, funny, and intriguing, but never demeaning any of the characters.

The original manga, written by HIGASHIMURA Akiko (東村 アキコ), is still ongoing, and given that the anime leaves at least one plot line to be resolved, I’d really love to see a second series: the anime was broadcast soon after the publication of the fifth volume, and four more have been published in the meantime. There’s no official announcement, though…

If you like “slice of life” stories, cute / awkward girl characters, and captivating stories, you’ll love this series. And even if you don’t, find a way to watch at least the opening: it’s so full of movie references that it will take you at least three repeats to get them all!

3 DVDs, with 4, 4, and 3 episodes. The last DVD also contains the four 5-minute "Hero" shorts with some background info on the various characters, and the "Expedition team" short.