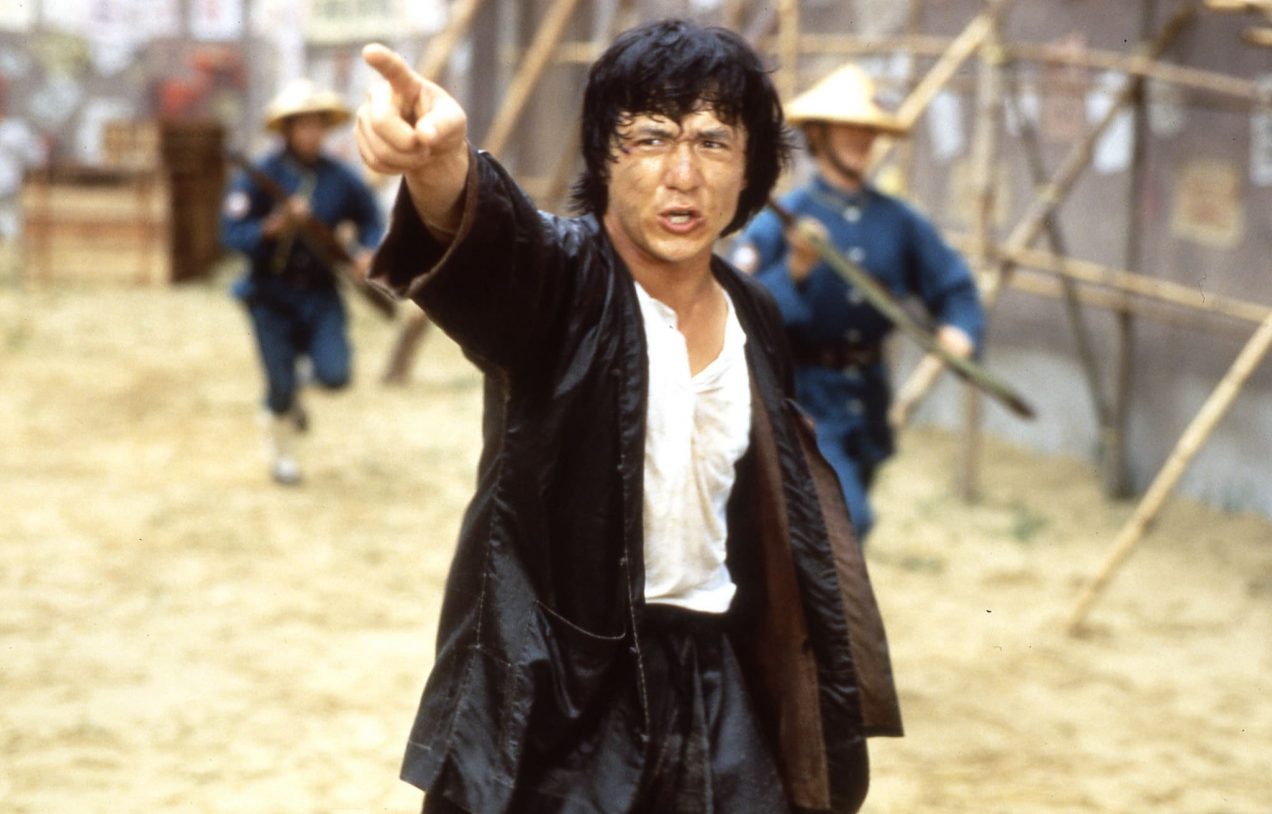 Stunts, fights and pure action entertainment galore in one of the most beloved sequels in Hong Kong movie history…

One of my prized possessions, stored away at my childhood home, is the original big box VHS of Project A 2. I was around 15 (1997) when I bought it, and images I see in my head of the movie come to me in grainy, full-screen quality courtesy of that video. Of course, upon hearing that Eureka were releasing Fortune Star’s 2K remaster alongside the all-time classic original, I was in raptures. While the first Project A revolutionised action cinema, was the first Three Dragons (Jackie Chan, Sammo Hung and Yuen Baio) collaboration and remains one of the greatest action comedies ever made, the second almost matches the breathless greatness of the original thanks to Chan’s commitment to entertaining his audience by risking life and limb of not only himself but the lives of his loyal stuntmen.

Picking up not long after the end of the original, Chan’s policeman Dragon Ma has a new villain to contend with, in the form of Tiger Au (the irrepressible Chan Wai Man, Chasing The Dragon). Subsequently he gets involved with a corrupt cop Superintendent Chun (Lam Wai, Deadful Melody) and all manner of hell breaks loose as Dragon has to contend with pirates who are after him for killing their leader and three lovely leading ladies in Maggie (Maggie Cheung, In The Mood For Love), Miss Pak (Rosamund Kwan, Once Upon A Time In China) and Carina (Carina Lau, Days Of Being Wild).

While the freshness and Three Dragons brilliance of the first film is lacking, Chan really outdoes himself with the constant relentless entertainment of this second part. While not as accomplished a director as Sammo Hung or Lau Kar Leung, (his self-directed films, even classics such as Police Story tend to lag at times between set pieces) here the movement from stunts to fights to even bedroom farce is masterful. It is a slight shame that the best fight is the first, but what a fight it is. Chan takes on a roomful of gangsters, with the choreography he was perfecting at this time taking centre stage. Chan had grown tired of the old school style wherein the baddies queued up to be fought, and developed being attacked by numerous foes at once. The speed, skill, technique, superb framing and fluid editing on display here are a wonder to behold, finishing off with a short but very sweet fight with two Jade screen legends, Chan Wai Man and Johnny Wang Lung Wei (Martial Club) taking on Chan. This culminates in a painful-looking stunt, as one of Chan’s stuntmen falls off a level, backflips and smashes into a giant vase. It’s totally one of those rewind moments.

The invention of the action comedy in the rest of the film is top notch, especially a sequence when Dragon and Chun are handcuffed and have to fend off attackers, with sight gags, axes thrown and even Chan doing the pull off the tablecloth trick to trip one villain. While the best martial arts bad guy has been dealt with in Chan Wai Man, there are still some worthwhile fight scenes in the second half of the film, especially a running battle between Chan and Lee Hoi San (Magnificent Butcher) and John Cheung (Police Story 2) in the final reel, a reel that is up there with Chan’s best. The final stunt remains one of Chan’s greatest, and the ultimate homage to his hero Buster Keaton, as a massive structure falls on him with a paper window well placed to stop him being crushed to death.

Chan should be congratulated for bringing together Maggie Cheung, Rosamund Kwan, Carina Lau and even Regina Kent (A Better Tomorrow 2). Their beauty lights up the screen despite underwritten roles that smack of Chan’s slight sexism, especially Cheung, who by the end of the 80’s must have been tired of playing Chan’s damsel in distress, as she had done in Police Story 1 and 2 and this film. Carina Lau gets the most interesting character as she is a revolutionary under Dr Sun Yat Sen, and comes across as a strong woman. As per Chan’s movies at the time the cream of Hong Kong cinema are on hand to provide bit parts or cameos, including the likes of Ray Lui (To Be Number One), Kenny Bee (Saviour Of The Soul) and Ricky Hui (Mr Vampire).

Fortune Star’s 2K presentation, like Police Story and its sequel in 4K, is fantastic, especially considering the relatively low budget nature of Hong Kong cinema at the time. This is despite some of the soft focus and soft lighting at points in the film looking strange in 2K. There is some clunky photography in the more elaborate shots, and the plot lines and characterisations are somewhat perfunctory, but Chan absolutely delivers one of the best sequels in action film history, even without his Peking Opera classmates.

Project A Part 2 is available now as a limited edition Blu-ray set, with Project A and a whole host of extras, from Eureka Classics.