“He’s very loyal”, says his big brother to the local mob boss while sipping his beer. The local gangster seems unimpressed by his bragging and decides to immediately put the young kid to the test. “Collect the protection fee from this place”, he replies. It remains silent for a few seconds. Deng Fei, a seventeen year old who just decided to drop out of high school, exchanges glances with his older brother. There’s fear in his eyes, but with a sick mother at home and in desperate need of some hard cash, there’s no way out. The very next minute, Deng Fei stands at the counter of a local shop, committing his very first crime by demanding protection fee from a young girl. What Deng Fei could never expect, however, is that he would fall in love with his first victim.

Maybe Johnnie To-esque has not yet deserved a place in the Oxford dictionary, but it’s the most apt description for Zhe Long’s short film screening at the Chinese Visual Festival in London. More or less reminiscent in tone and style of the flamboyant gangster flicks Hong Kong is known for, Protection Fees manages to surpass any expectations set by its rather weak opening. First-time director Long clumsily opens his debut short film with a confusing and hyperkinetic montage, introducing us to the main characters. He seems to lack the confidence to settle for his own distinctive style, but after a few minutes it is perfectly clear we are where Long wants us to be: at a table with two gangsters, somewhere in a backstreet after sunset. The pace settles down, the lightning is stylish but still fairly realistic. From then on, Protection Fees found its own tone and soul, making it a delight to behold. Protection Fees clocks in at a mere 15 minutes, but this is more than enough for Long to make us care about its protagonist and the fate of the two young lovebirds.

The picture’s main strength is a combination of smart writing and an attractive visual style. Not a single line is on the nose and dialogues manage to conceal characters’ true intentions and feelings while still revealing just enough to spike our interest. It’s one of the most difficult balances first-time directors and writers must strike, but Long has a natural talent for writing and directing dialogue.

Even the delivery of those lines is rarely disappointing. While most inexpensive shorts disappoint in the acting department, all characters come off as believable, interesting and real. When Deng Fei and the young girl chat, they come off as awkward little teenagers. All this is complemented with some striking visuals, sometimes reminiscent of Wong Kar-Wai’s dreamy montages, but from time to time Long seems to opt for a cinema vérité style. It adds an interesting gritty flair to the picture and fits the overall pessimistic (or nihilistic?) outlook the film offers. The mix works well and for a first short film, all – except for the opening sequence – is very controlled.

With this in mind, it’s all too bad that the dramatic punch line at the end doesn’t hit home. Maybe it’s because this sort of screenplay screams for a feature length adaptation in order to build up the dramatic tension to the fullest. Maybe Zhe Long has found the confidence to tackle a feature film after Protection Fees, he certainly has any reason to.

Protection Fees will be screened at Nash Theatre (King’s College London) on Saturday 16th May at 19:00. Buy your tickets.

Kristof Boghe
Kristof Boghe just finished his master in communication sciences at the Catholic University of Leuven, Belgium. As his main interest lies in the political and ideological significance of the medium, he pursues a PhD in film studies. Read reviews/articles »
Read all posts by Kristof Boghe 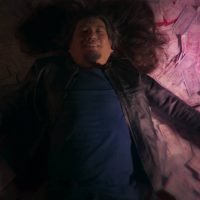 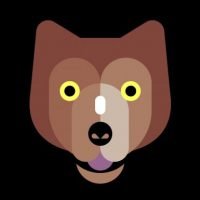 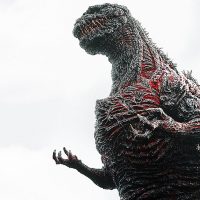 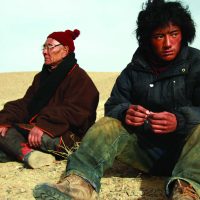