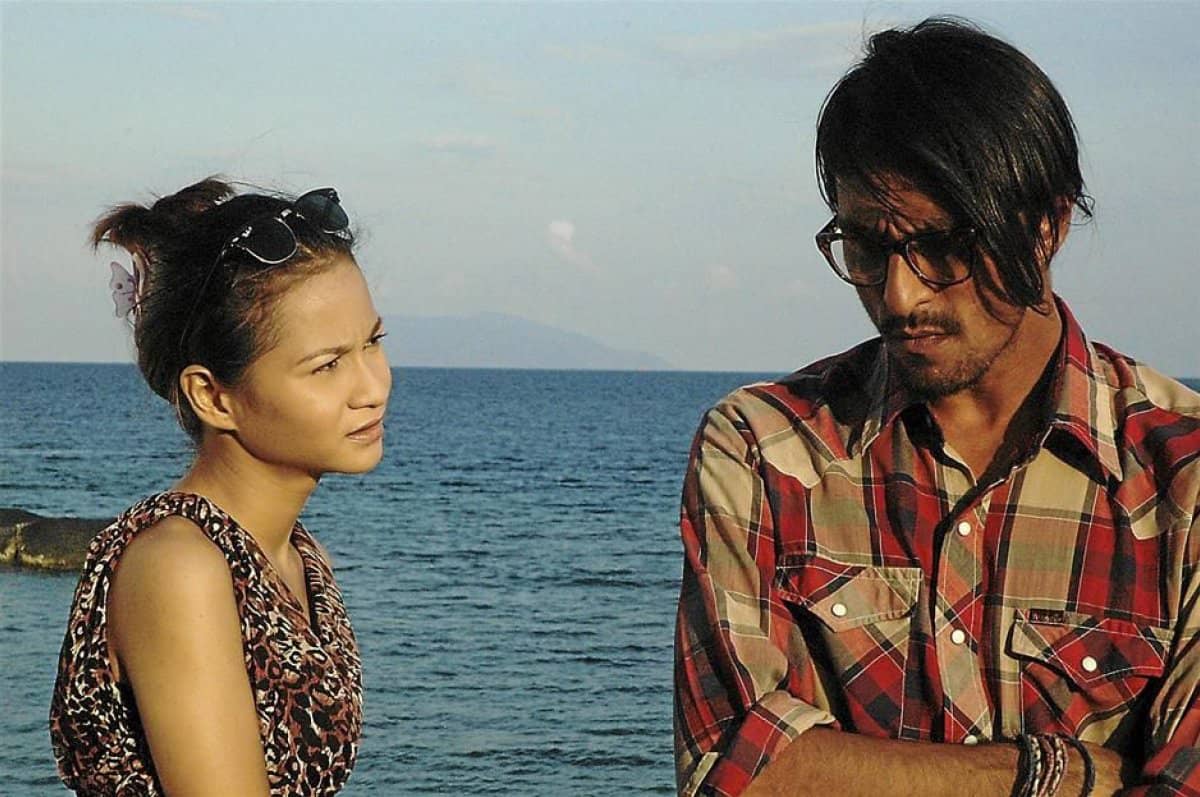 There are very few twist endings that come to be known as legendary; they are a very difficult thing to pull off and require every aspect of the storytelling leading up to them to be tight and engaging. The two cardinal sins that a twist can commit is being easily predictable, and being irrelevant.

Psiko: Pencuri Hati has two twists which each commit one of these sins, and sadly the film seems to treat them as if these twists are an ace in the hole.

Sidi is a crime writer, but he insists on using elements from real cases, leading to a severe case of writers block until an ongoing police investigation can find new leads. Frustrated, he goes on a getaway to a remote hotel, where he seems to become more strangely obsessed with getting inside the mind of a serial killer for the sake of his book.

The plot itself actually sounds like an engaging psychological thriller. It allows space for a myriad of interesting ways for Sidi’s obsession to manifest itself and for the audience to second guess themselves. The primary problem is that Sidi is a very bland character to which the audience feels no connection.

It’s not just that he comes across as cold and unpleasant, that could play to the strength of his development, it’s that he feels like a husk of a character, a blank space disguised with a beard and a hat. With Sidi as our focaliser, the audience is already in a state of disengagement before director Nam Ron has a chance to create something from it.

The film does manage to look rather good with a clear vision of its own style. The scenes in the hotel are all rather dark but still feel rich in colour. It’s a really impressive setting in which to feel like one is descending into madness.

The camera work is also admirable, but none of the shots feel like they were created by the director of photography, more that they had seen a similar shot in a different movie and decided to lift it directly from there. It is one of the few occasions when I would describe camera work as ‘cliche’ but ultimately it feels wrong to hold this against the film to any great degree, as on many occasions the shots do compliment the film’s impressive aesthetic.

I have no desire to reveal either of the twists, as viewers more taken with the film than myself will benefit greatly from experiencing them blind for a first watch, but it seems important to identify the reasons that I found them to be so lacking. Ultimately, the pacing and lack of any real character development are Psiko‘s primary downfalls.

The problem with the pacing is that the film only really has two phases: outside the hotel and inside the hotel, and both merely stagnate rather than progress. One feels that those behind the film saw the scenes within the hotel as being full of tension that gets ratcheted higher and higher until the twists provide some form of release. However, the character interaction between Sidi and the other family at the hotel is bizarre and very little happens, meaning that when the tension does come to a head it feels like a strange jump rather than a logical conclusion.

The character development is a major issue, because Psiko only has six characters who are on screen for any length of time and, without wishing to give anything away, one plot twist relies on us having certain expectations of one of these six characters.

Every single character can be described in one sentence: bumbling hotel owner, resentful wife, cheeky sidekick, etc. Whilst such stock characters can be used effectively in comedy, a psychological thriller is no place to have every single speaking role come pre-packaged and underwritten.

I do find the concept to be a rather good idea, but I can’t give the writing much more credit than that. Good concepts are ten a penny but the team behind Psiko: Pencuri Hati were unable to elevate it to a level beyond what it was on paper.

There are points when the film manages to effectively blur the line between fiction and reality, and at these points it always feels like the film might come alive,, but the momentum often comes to a grumbling halt and we are left floating in cinematic limbo with nothing but some pretty camera angles to hold our attention.

I would at least like to say that Psiko: Pencuri Hati is an admirable failure, that it’s failure comes from overambition and desire to do all too much, that with a few tweaks here and there it could have been a serviceable film. Sadly, I am not in the business of lying, so I can’t say these things in all good conscience.

Psiko is at best a mediocre slug through what the director believes to be riveting psychological drama. I do not take joy in badmouthing a film, but I can’t describe the experience I had whilst watching it with anything but negative adjectives.

Psiko: Pencuri Hati is one of a series of South East Asian films available to watch on demand from FilmDoo.

One thought on “Psiko: Pencuri Hati”