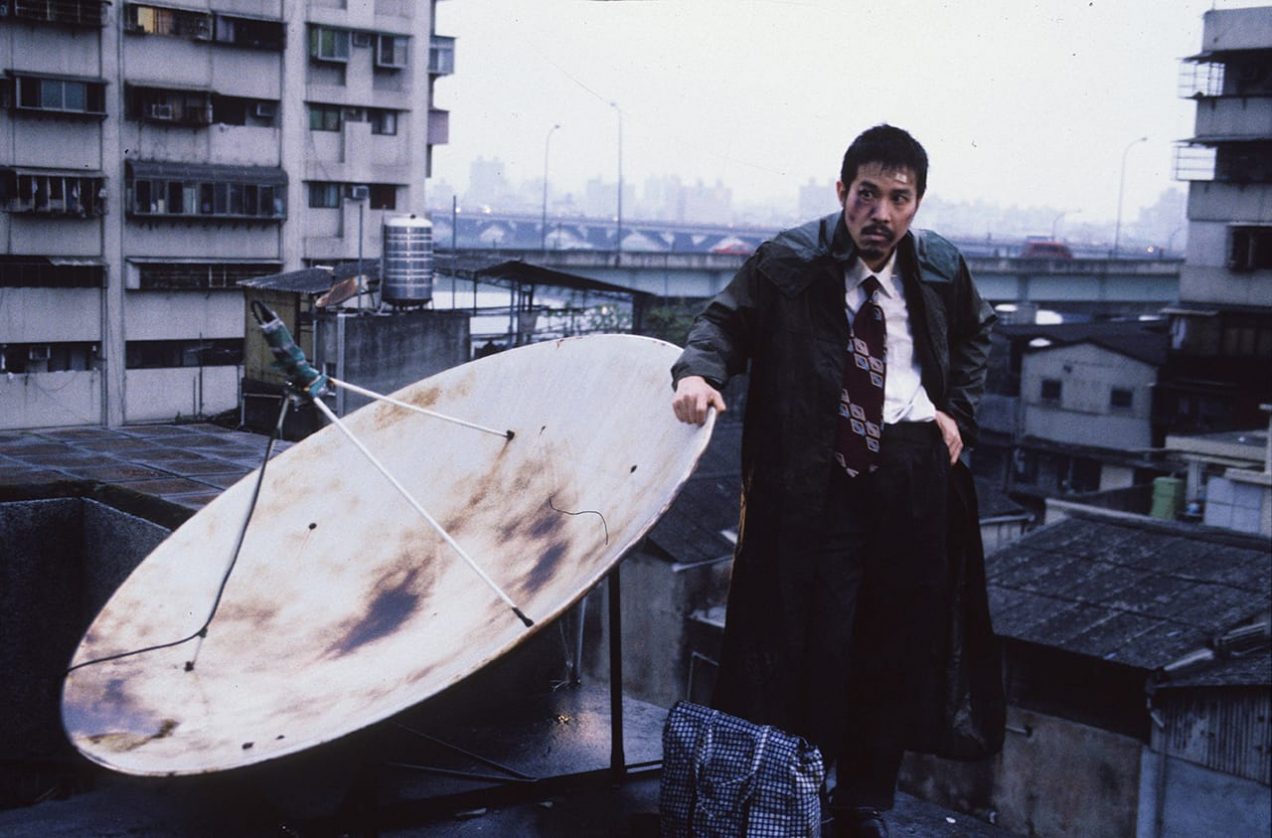 So close to John Woo, but much more Miike…

Despite being the middle part of the so-called “Black Society Trilogy”, Rainy Dog stands apart from Shinjuku Triad Society and Ley Lines for two reasons. The first one is that it was shot on location in Taiwan with a Taiwanese crew, and the second that the psychopathic gangsters are nowhere to be found in here.

Yuuji is a Yakuza who is fired from his organization and leaves for Taipei, since he thinks that someone may be after him to kill him. In Taiwan, he starts working for a Chinese gang boss, who acts like he has an affection for him, without, though, tricking anybody. A little later, a woman who had previously sex with Yuuji, drops a boy in his house, telling him to take care of him. Furthermore, the boy seems to be mute. Yuuji barely pays attention to the boy, but he continues following him, watching him kill his targets and indulge in the pleasures offered by a brothel. While there, Yuuji meets Lily, a prostitute who wants to escape her life. As soon as he realizes that his new gang has turned against him, using Lily to find him, Yuuji takes the boy and her and escapes, while traitors and killers seem to follow them everywhere.

Takashi Miike directs a film that looks much like a mixture of John Woo’s A Better Tomorrow and The Killer, particularly through Yuuji’s character, a silent killer for hire wearing a duster, who tries to escape his organization and save a woman. This refrain from the psychopaths usually associated with Miike’s films works quite well, particularly because the script looks more realistic, and the drama is presented in more adequate fashion, not swamped under layers of violence. However, violence and action in general could not be missing from a Yakuza film, but they are not as graphically depicted as usual in Miike’s films. The final sequences are the film’s highlight, as Miike elaborately combines sentiment and action.

The sole flaw in the direction/script lies with the fact that the story is filled with clichés. Yuuji is wearing white and his final opponent black, the fact that the kid manages to speak to save him, the prostitute that wants to escape, the crime organization that turns against the protagonist, etc, are all “tricks” which have been done uncountable times.

In order to stay true to the title, Miike shot the movie almost exclusively in rain, in a tactic that makes the slums and narrow corridors of Taipei seem even more run down and gives a noir essence to the film. In that fashion, the camera work and the sound department had a very difficult task on their hands, but they did quite well, despite the fact that Kenji Shibasaki’s sound is a bit hyperbolic at times, particularly during the action scenes. Yasushi Shimamura’s editing keeps the film flowing, keeping the relatively fast pace, and occasionally accelerating it. Koji Endo’s soundtrack is masterful, as it wonderfully accompanies the various scenes, with a number of blues tracks standing apart.

Sho Aikawa (Serpent’s Path) is the undisputed star of the film as Yuuji, looking extremely cool in his white duster, sunglasses and silence, in distinct noir/cult fashion. Tomorowo Taguchi (Shinjuku Triad Society) also acts in the same fashion as Yuuji’s archrival, while Xianmei Chen as Lily, has the common “damsel-in-distress” role.

Rainy Dog is a great film that manages to combine John Woo and Takashi Miike’s aesthetics in great fashion.

Rainy Dog is released as part of the Takashi Miike Black Society Trilogy collection with Shinjuku Triad Society and Ley Lines on UK and US Blu-ray and DVD by Arrow Video.