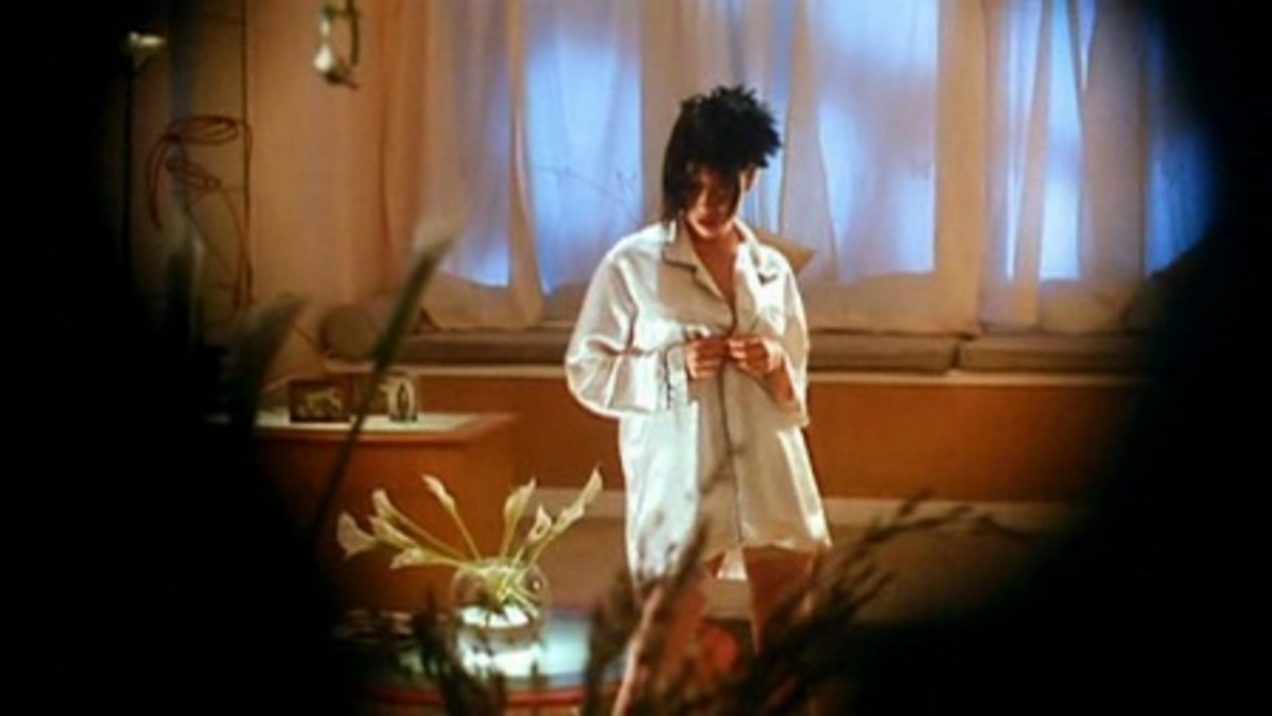 One of the most infamous Category III films, cunningly released in some territories as a sequel of sorts to Naked Killer…

Given the title, it shouldn’t come as a surprise that Raped by an Angel is a full-blown slice of sleazy, Category III rated exploitation, though it’s also a film which has caused a fair amount of confusion, having been released in some territories as a sequel to Naked Killer. Totally unconnected to Clarence Fok’s cult classic aside from a couple of key cast members, the film was an early effort from Andrew Lau, who would go on to direct a long list of popular, and considerably more respectable hits, from the Young and Dangerous series through to the Infernal Affairs trilogy, and more recently the likes of The Captain and Kung Fu Monster. Whatever its merits might or might not be, the film certainly has a fantastic 1990s Hong Kong cast, headed up by Chingmy Yau and Simon Yam, and with support from Jaqueline Ng and the ever-villainous Mark Cheng. Released internationally, the film was a big hit by Category III standards, and inspired no less than four sequels, including The Uniform Fan, Sexual Fantasy of the Chief Executive, The Raper’s Union (don’t ask) and The Final Judgement.

It’s fair to say that the plot of Raped by an Angel is all over the place, opening with Mark Cheng playing out a rape fantasy with his girlfriend, which predictably doesn’t end well for her. We learn that the maniac is in fact a lawyer, and he soon sets his sights on his next victim, commercials actress Chingmy Yau, moving into the same apartment building and slowly laying the groundwork for a planned assault. Thankfully, Chingmy is a pretty tough customer, something which comes in handy when she saves triad boss Simon Yam from a rival gang attack, and the two start dating in proper mismatched couple style. Cheng steps up his campaign by attacking Chingmy’s best friend, leading to a drawn-out court case and bizarre final act revenge scheme.

The deliberately misleading Naked Killer connection aside, Raped by an Angel is a markedly chaotic affair, as can be seen by scanning through its very different posters, which range from a shot of Chingmy Yau dressed in leathers and brandishing a gun, through to another which features her topless and wearing white lingerie, with Simon Yam in some kind of court judge get-up, complete with wig. Fans of Naked Killer suckered in by the girls ‘n’ guns poster will certainly be disappointed, with the action shots in some versions of the trailer largely coming from one of Chingmy’s commercials – it’s worth noting that the film also goes by the even less multiplex-friendly Legal Rape and Super Rape, which are far more accurate titles.

Being written and produced by Wong Jing at the height of his exploitation powers, Raped by an Angel covers pretty much every genre possible, from sleaze to horror, courtroom drama, triad action, oddball romance and inappropriately whacky comedy. It certainly feels more Wong Jing than Andrew Lau, who as director never really tries to tie the many disparate elements of the film together, and just goes with the flow, throwing everything at the wall and seeing what sticks. Not much is the answer, and the film is easily one of the most disjointed and baffling of the Category III shockers of the period, getting crazier and more outlandish as it staggers drunkenly towards its mad final act – it’s definitely not one for any viewers looking for an even vaguely sensible piece of cinema.

Raped by an Angel is trashy exploitation, pure and simple, and there’s never any pretension to it being anything else. While it’s not as graphic or nasty as other Category III films with similar subject matter, and doesn’t really live up to its shock value title, it’s still a pretty distasteful film throughout – though the rape scenes thankfully aren’t played for titillation, having them as such a key plot point does make parts of the film very uncomfortable, and even by 1990s Hong Kong standards there isn’t so much as even a nod towards political correctness. The film does feature a lot of consensual sex and nudity (mostly male nudity, including a brief full-frontal from Mark Cheng, which is unusual for the genre), though this can be pretty jarring due to the proximity to the rape scenes, and this makes it tonally all over the place. There are a few fight scenes sprinkled throughout, and things do get pretty bloody towards the end, the film winning extra points for some very imaginative unpleasantness, and whilst this doesn’t make it any more coherent, it does add a few extra entertainment point. Some fun performances from the game cast also help, Simon Yam devouring the scenery, Chingmy Yau making for a surprisingly strong female lead and Mark Cheng showing the same Category III pantomime maniac skills as he did in the likes of The Peeping Tom.

Whether or not any of this is enough to persuade the average viewer to watch a film with a title like Raped by an Angel is another question, as though it’s not really the horror show that might be expected, it’s still a demented slice of bad taste Category III carnage. For fans of the form though it’s worth checking out, especially those with a very high tolerance for nonsense and for fans of the cast, who all seem to having had a fine old time working on the film despite the premise.