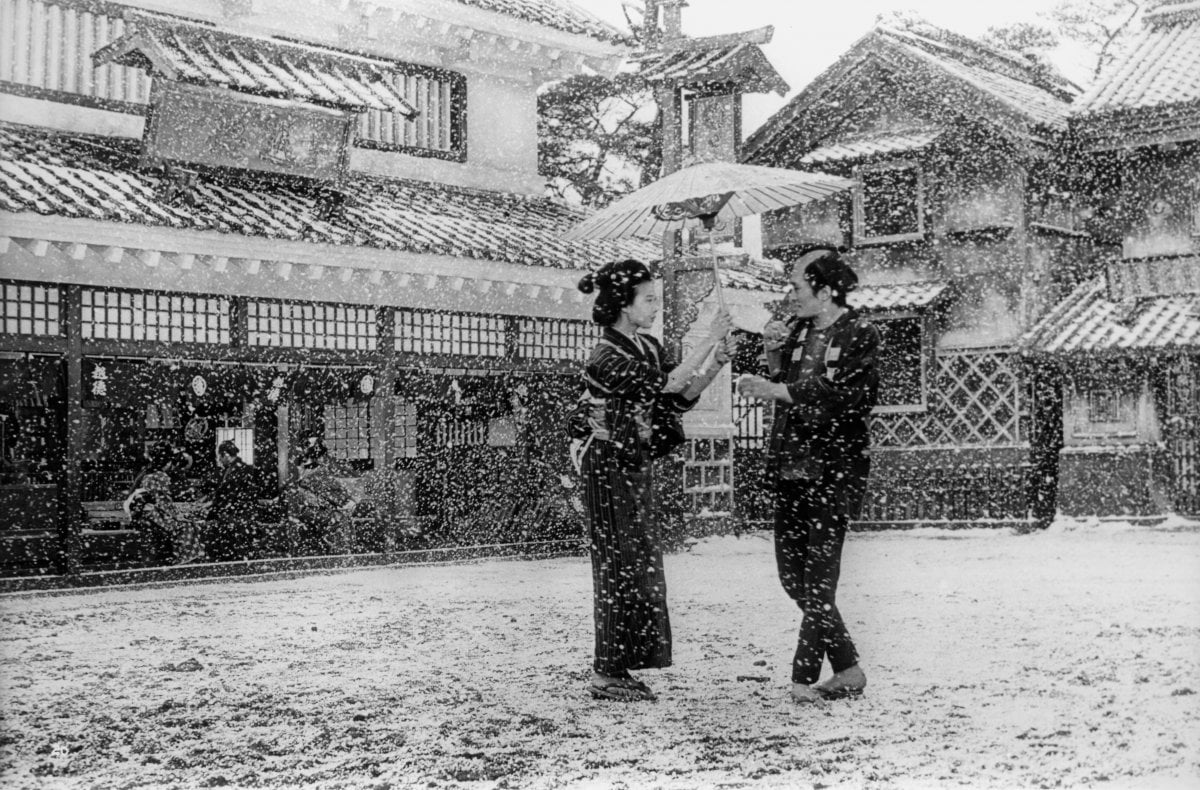 Perhaps many people primarily associate Akira Kurosawa with his epic samurai films such as Seven Samurai (1954) or crime drama films such as High and Low (1963). Slightly overshadowed by them, Red Beard (1965), a coming-of-age jidaigeki featuring doctors in the late Edo period is still another distinguished effort of his both thematically and stylistically on par with the other famed works.

The storyline is simple. The first half of the film mainly depicts the relationship between an autocratic yet compassionate clinic doctor Niide (Toshiro Mifune) and an elite and arrogant trainee Yasumoto (Yuzo Kayama). Assigned against his will to the clinic under the administration of Niide that provides free medical care to the local indigent, Yasumoto initially bid juvenile defiance to the clinic rules. In the course of training, however, he gradually comes to recognize his immaturity and appreciate Niide’s mentorship. The second half of the film follows Yasumoto’s engagement with his first patient Otoyo (Terumi Niki). Their relationship is somewhat reminiscent of that of Niide and Yasumoto in the beginning. Otoyo, a pathetically tormented girl rescued from a brothel refuses to take any medical care and sometimes provokes doctors, while Yasumoto forbearingly endeavors to heal her.

Incorporated into the main narrative are the several subplots about the patients in the clinic. With the duration of over 3 hours, Red Beard does not dash into the conclusion. Instead, it attends to their stories with the warmth and patience of the doctors. Such detailed depictions seem to perform two functions. One is to throw into relief the social issues caused by what Niide is indignant about, poverty and ignorance — such as prostitution, theft, social vulnerability and lack of understanding about mental disorder. The film also attempts to explore human dignity－the subplots illustrate how the destitute people live out or sometimes yield to the harsh situations.

Some might criticize the film for the “the hackneyed over-lionization of the hero”. Played by Mifune, the most iconic and legendary Japanese actor, Niide is indeed a celebrated character for his generosity, wisdom and muscular strength. However, the film denies depicting him as an impeccable messhiah. It instead underscores his human aspects along with the admiration— he can be cunning and surreptitious for the sake of his principle to save the oppressed. He strives against poverty as a doctor of public clinic yet struggles in the face of the limit of his own position under the hierarchal society. “Why do you help us?” wretchedly asks a mother of a dying boy to Niide, to which he does not answer. This scene represents the poignant reality that curing the lower-class patients per se does not linearly lead to solving the intractable issue.

The formal perfection of Red Beard is undoubted. The story is told with the elegant cinematography by Asakazu Nakai and Takao Saito(both are longtime collaborators of Kurosawa), which is highly eloquent of the characters’ emotions, relationships and the scene atmosphere. Some of the most remarkable moments include the long shot in which “the Mantis”, a beautiful female patient with nymphomaniac tendency allures Yasumoto and the slow motion of Rokusuke’s deathbed shot in low-key lighting. The authenticity of the large-scale set of the clinic, the medical props and the costumes persuasively materializes the lives of people in Edo period. As common in Kurosawa’s other works, the combination of jidaigeki and orchestral music works at its best.

Among all the outstanding performances by both the main and supporting actors, special note should be made about Mifune and Niki. Mifune, who won The Volpi Cup (Best Actor) at the Venice International Award for playing Niide, skillfully registers his generosity beneath the facade of the unapproachable gruffness. Niki, who won the Best Supporting Actress in Blue Ribbon Awards at the youngest age at the time, compellingly acts out Otoyo’s piteous misanthrope and her recuperation.

Red Beard marked the “last” for some key elements familiar in Kurosawa’s films. It was the last black and white film, the last film shot in cinemascope, and the last collaboration of the director and Mifune. The film might not be the greatest in Kurosawa’s oeuvre, but it still is a masterpiece worthy of more attention.

Red Beard is available on US DVD from Criterion, and UK DVD from BFI.

Megumi Arita
A film lover ever since she can remember, her most favourite place on earth is the cinema.
Read all posts by Megumi Arita