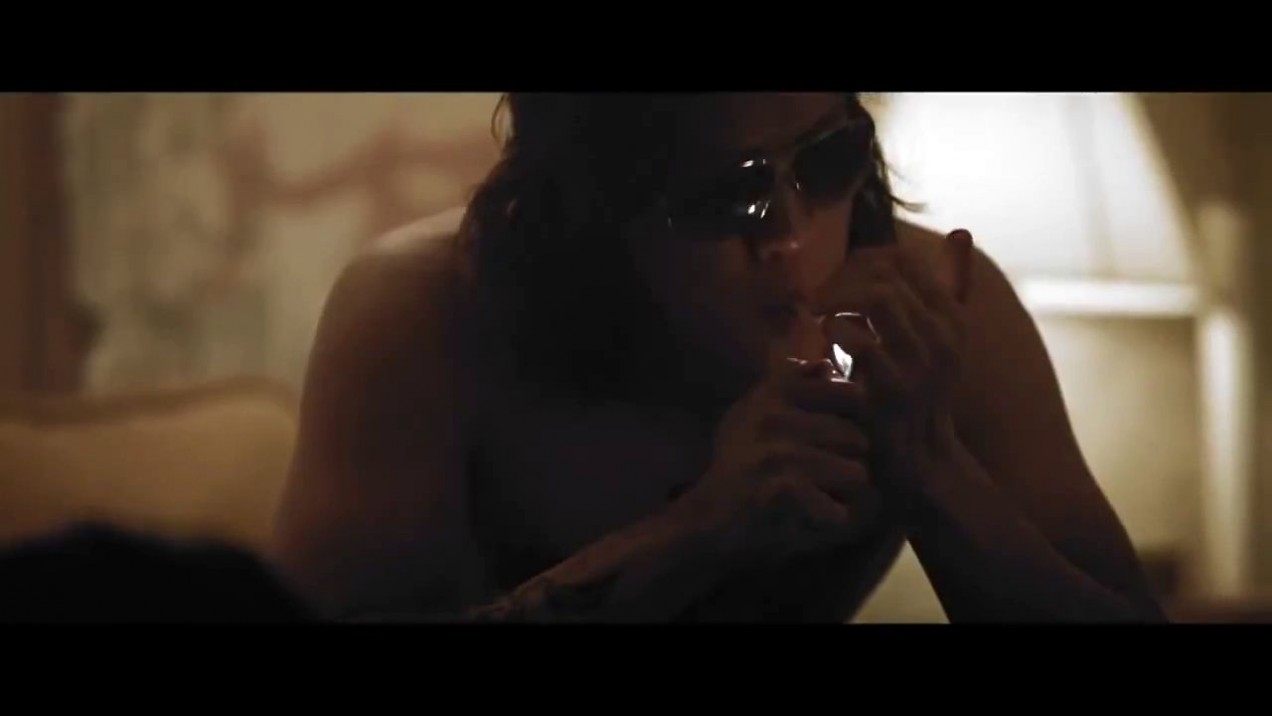 Lau & Loo co-direct this gritty, enjoyable retro anecdote into the past triads of New York and American immigration of the late 70’s & 80’s…

Brought to the screen by co-directors Andrew Lau, Andrew Loo, and executive producer Martin Scorsese (with it being over 10 years since Infernal Affairs debut in 2002 inspired Scorsese’s The Departed), should it really be any surprise that they’ve teamed up to bring audiences this gangster epic of burgeoning gangs in the past of America’s capital?

Taken from, and inspired by, Frederic Dannen’s 1992 New Yorker account of the up-and-coming Green Dragons street gang in Elmhurst, Queens; Revenge of the Green Dragons script is partly based on this patched-together account of new Chinese youths, who grew up fighting on the streets of America for a life and ideal both promised and lost before they even arrived. The Dragons were modeled upon echoes of the Hong Kong triads, clichés of gangster movies abound throughout from the body-swathed tattoos to drug smuggling (passed through borders cooked in tins of traditional Chinese moon cakes) and harassing local businesses for money.

We follow Sonny (Justin Chon) and Steven (Kevin Wu), best friends since arriving on US shores, as they are recruited by one of the 5 (and supposedly the best) street gangs currently fighting in New York. From the gruesome ceremonial triad inductions, to their swift dual promotion in 1989 toward trusted elite positions in the gang, every move is a calculated step by the leader in the shadows Paul Wong (Harry Shum Jr) and the bloodthirsty leader Chen I. Chung (Leonard Wu).

Chung is a masochistic leader; and nothing more is indicative of this than his brutal kidnapping, butchery and subsequent takedown of a local gang leader midway through the film. As we dance with Chon and Wu through the violent underworld, I can’t help but feel that the lack of heart in this film is substituted for a focus on violence and genre clichés. There is rarely a moment we feel an ounce of compassion for either of our two heroes; with Steven’s motivation being the eyes of his discontent mother whilst Sonny failingly courts the heart of a local club performer’s daughter. Revenge of the Green Dragons has a lot of bluster amongst all it’s masculine gun-busting, x-rated violence and vagrant sexual assaults; however all of this seems like a smokescreen to a loss of heart and structure in the script.

The police won’t touch the ‘mysterious’ deaths of the Asian gangsters throughout the city, as they are deemed alien immigrants not worth the effort. This lack of conviction and faith in their race reflects the air of discontent towards immigration and Asian’s on a whole at that period; and the total lack of career progression, future lifestyle or hope in the American dream is represented through the disillusioned Chinese youth’s falling into gang culture as their only supposed hope for a future they lost before even arriving.

The heart of Revenge of the Green Dragons lies in the bare, heartfelt retelling of this hidden aspect of American history. The audience is delivered this epitaph of a disgruntled past, where we are treated to the feelings of locals on the ground and how they compete to be the best whilst completely ignored by the white natives. The narrative of Green Dragons is simple, and feels like a lot of recent HK outings but with a transposed setting of the USA.

The addition of Scorsese is the biggest benefit, but also the biggest stumbling block, for Green Dragons. His name has elevated this Co-Chinese/American production to heights and audiences it wouldn’t normally reach, however the prestige of Scorsese also tarnishes what could have been a ‘very good Hong Kong film’ to merely a mediocre American Gangster or Godfather rip-off. The transition of setting, the introduction of new global audiences with little experience and knowledge of Asian cinema (but much expectation of Scorsese films which contrasts the Chinese heart), and the plethora of Scorsese’s attachment to the project misleads the viewer to an expectation of a modern Infernal Affairs.

Revenge of the Green Dragons is neither your Z-Storm, Goodfellas nor The Departed. It’s an amalgamation of Chinese and American cinema with a mish-mash result that stumbles as a Western Blockbuster that cruises on Scorsese’s name, but it shines as an Asian film release. It suffers from a lot of mistaken identity, and a global audience expectation that was too high thinking it would be Superman 1 when instead they got Man of Steel. Revenge of the Green Dragons is a top notch film, it was just released by the wrong Producer.

Revenge of the Green Dragons is available on UK DVD from Entertainment One.