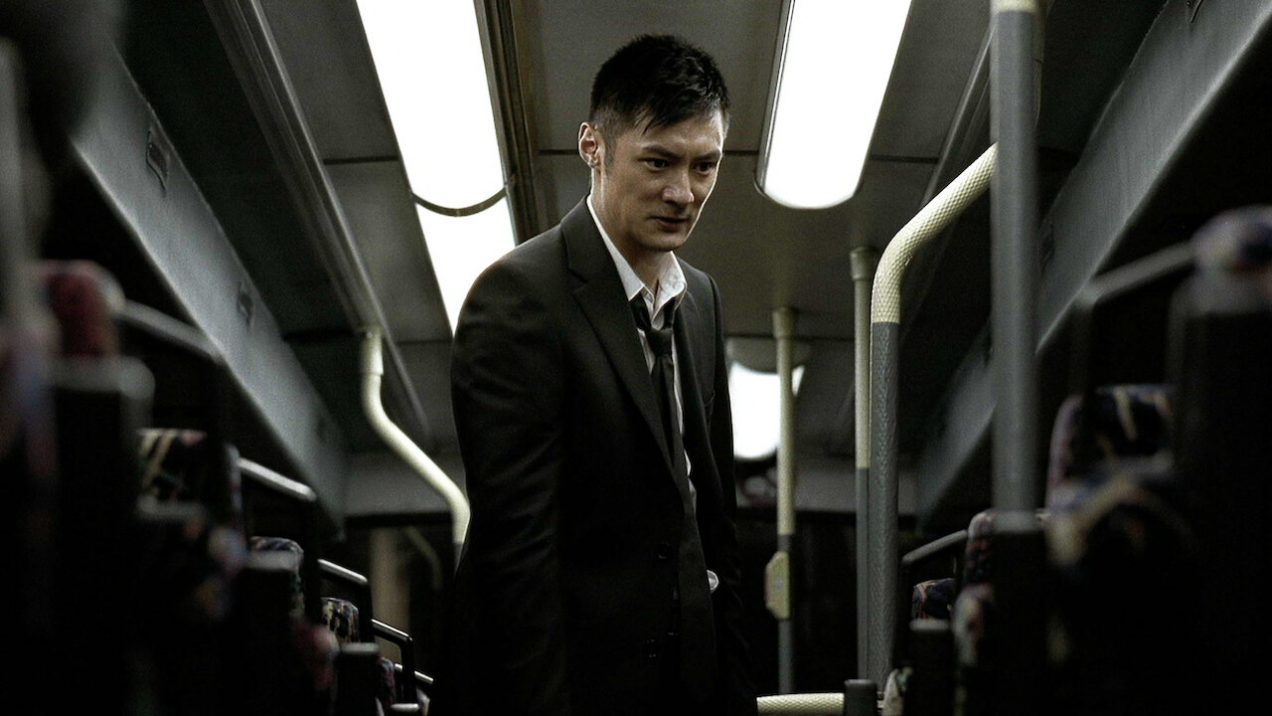 Rule#1 (also listed variously as Rule No.1 and Rule Number One) is a 2008 offering from Singaporean director and former critic Kelvin Tong, who established himself as one of the more interesting and quirky film-makers working in Asian cinema in the early 2000s thanks to the likes of Kidnapper, Love Story and The Maid. A versatile director known for mixing genres, Tong had previously dabbled in horror comedy with his 2007 Men in White, though here takes a far more serious and downbeat approach, combining action, mystery and scares, managing to temper his eccentric sense of humour with genuine chills and surprising unpleasantness. The result arguably still stands as his best effort to date, and is probably one of the most accomplished and effective genre films to have come from Hong Kong in the early 2000s.

The film opens in suitably shocking and unexpected fashion, as a man called Lee (Shawn Yue) shoots an unidentified woman on a bus for no discernable reason. Winding back the clock, the viewer learns that Lee is actually a policeman, who one day randomly stops a man trying to speed his way from an underground car park. It turns out that the man is a particularly nasty serial killer with a corpse in the trunk, and he soon gets the better of the inexperienced officer, shooting him several times. Just as he is about to deliver the coupe de grace, the dead body seems to stand up, giving Lee the chance to kill the murderer. After he reports his macabre vision to his superior, he is immediately transferred to the obscure Miscellaneous Affairs Department to work with the mysterious Inspector Wong (Ekin Cheng) in protecting the public from the paranormal. Despite his initial disbelief, he is quickly thrown into the thick of things as a series of grisly and unexplained murders seem to point to a ghost with a grudge against him and Wong.

Although the whole ghosts and cops gag has been done before, and the premise may sound suspiciously familiar to any number of 1980s and 90s Hong Kong schlockers, with Rule#1 Kelvin Tong has actually crafted a very different film, thankfully playing things straight instead of taking the easy route and going for the usual wacky gags. Certainly, the violent opening scene very much sets the mood for the rest of the film, and as it progresses the plot takes the viewer to some very dark, grim places. Tong does balance this with a few moments of humour and warmth, Shawn Yue and Ekin Cheng both likeable and playing well off each other, but for the most part he takes the film’s concept seriously and explores the darker possibilities that it suggests.

The film’s treatment of ghosts, whilst not entirely consistent, is interesting, and the idea of evil ghosts acting like a virus as they pass between people, effectively wearing them like suits and leaving them as empty shells, is an effectively creepy one that is exploited for maximum tension and cruel surprises. Although the story does meander somewhat during the early stages, it soon finds its way, and thanks to the fast pace and a number of well-implemented twists, it grips right through to the horrifying and ruthless shock conclusion, which hits the viewer like a knife in the back.

Rule#1 is entertaining as well as engaging, with a high quotient of action and supernatural goings on. Again, Tong manages to pull off an impressive balancing act, working in both gritty thrills and ghostly frights in equal measures without the proceedings ever becoming too chaotic. The film is actually quite unnerving in places, and although there are a few obligatory cheap scares and nods to the perhaps unavoidable clichés of the modern Asian ghost genre, it does feature a good few scenes which are imaginative and creative enough to give even the most jaded fan a few chills. It certainly helps that the special effects are of a higher standard than usual, and are well used rather than being simply thrown in randomly as they often are. The film also benefits from the fact that it is a determinedly adult and visceral affair, and packs in plenty of blood and guts along the way. This also ensures that it stands out from the crowd and makes it far more mature than the setup might have suggested.

Looking back at Rule#1 nearly fifteen years after the film’s original release, it still rates as one of the best Hong Kong genre productions of the 2000s, especially considering the generally lily-livered fare which has come since. It’s a great shame that Kelvin Tong hasn’t really done much of note during the last decade, as he here shows himself again to be a very talented filmmaker, serving up a tightly wound and highly entertaining mixture which never pulls its punches en route to a genuinely harrowing climax.