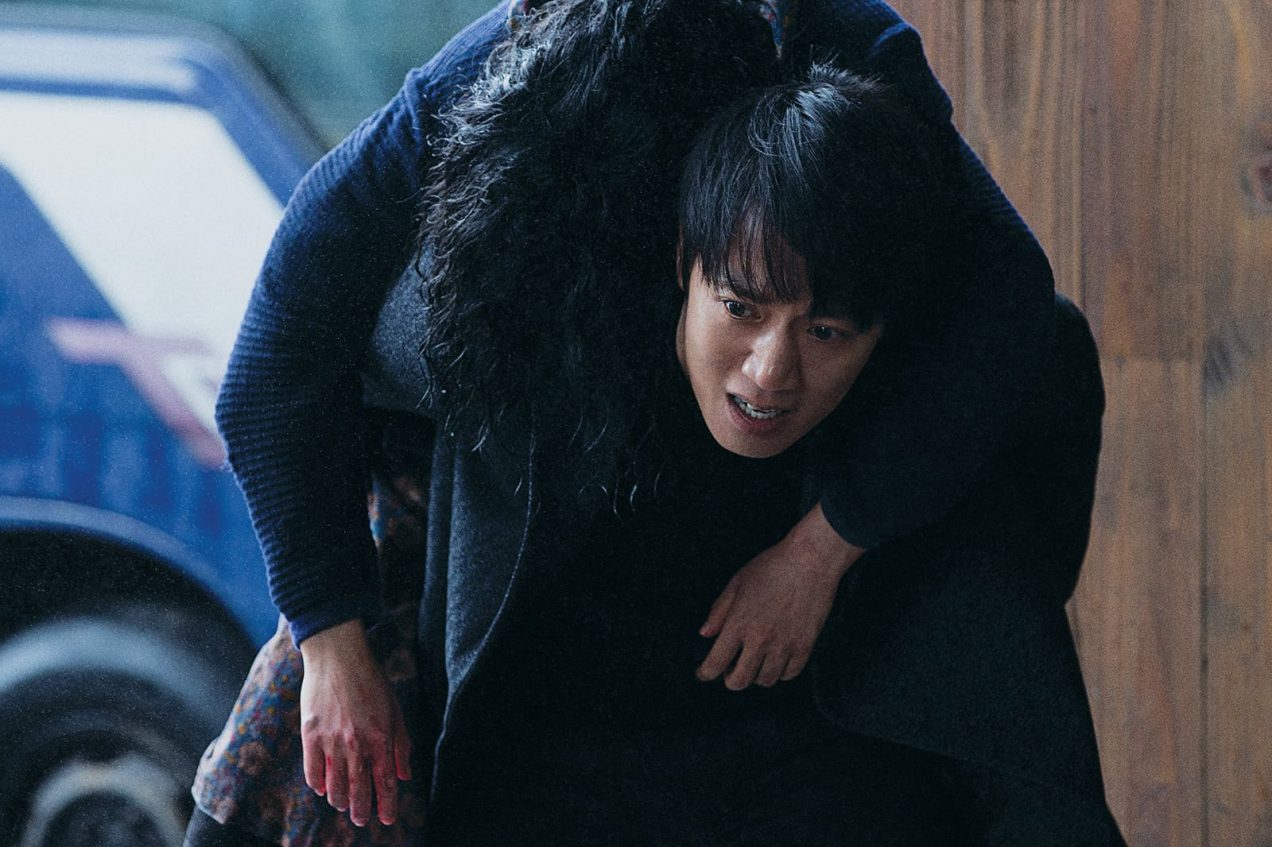 RV: Resurrected Victims is the latest offering from Korean writer director Kwak Kyung-taek, probably still best known for the much-loved classic Friend back in 2001, and its belated follow-up Friend: The Great Legacy in 2013. Based on the 2012 novel It is Over by Park Ha-ik, the film is a mystery drama set against a backdrop of murder victims coming back to life and pursuing justice, with Kim Hae-suk (New Trial) and Kim Rae-won (The Prison) reuniting some eleven years after their mother-son pairing in Kang Seok-beom’s Sunflower, the twist here being that he stands accused of being her killer.

After opening with an old woman called Myung-sook (Kim Hae-suk) being murdered by a helmet-wearing criminal during what seems to be a botched bag-snatching, the film jumps forward seven years, to a world where murder victims around the globe are returning from the grave to seek generally violent reckoning for their deaths, something which the authorities are keeping under wraps as best they can. Meanwhile, Myung-sook’s son Seo Jin-hong (Kim Rae-won) has now become a top prosecutor, known for chasing the harshest penalties for criminals, and still obsessed with catching his mother’s killer. Jing-hong is understandably shocked when his sister calls him to tell him their mother has come home, even more so when Myung-sook tries to kill him, effectively marking him as her murderer. With his mother locked up for safe keeping and experiments, Jin-hong sets out to find the real villain, while female detective Lee Soo-hyun (Jeon Hye-jin, Revivre) investigates his own connection to the case.

On paper, RV: Resurrected Victims has all the ingredients for a great high-concept thriller, and it certainly opens strongly, with some great scenes from around the world of the dead coming back to life and exacting revenge. However, it doesn’t take long for Kwak Kyung-taek to shift gears dramatically, and rather than the kind of Train to Busan style action horror suggested by the cover art and premise, the film quickly becomes a more standard murder mystery affair, and a melodramatic one at that. Indeed, Kwak shows very little interest in exploring the RV phenomenon itself or why it’s happening across the world, and, perhaps even more bizarrely, ignores any of the social commentary or wider concerns which might stem from its world-altering premise. The film’s literal English title Revival suits it far better, as the focus is firmly on its mother-son conundrum and the teary revelations which result, dealing with themes of atonement and understanding rather than revenge. Of course, there’s something to be said for this kind of small-scale and more personal approach, though it’s hard not to get distracted by the many fascinating unanswered questions lurking in the background.

Judged on its own merits, the central mystery is solid enough, and Kwak does manage to use the RV conceit to generate dramatic tension as to Jin-hong’s role in his mother’s death. Although it’s a fairly standard plot once the supernatural trappings are set aside, the film does have a great deal going on, and the script packs in a number of twists and turns into its surprisingly short ninety-minute running time. Whilst on the plus side this means it works pretty well as a police procedural, Kwang does get somewhat carried away with his side characters and red herrings, in particular spending far too much time on a Chinese suspect identified early on, despite the fact that most viewers will be only too aware that bigger revelations are coming. It’s essentially this which is the film’s main narrative problem, as for all its cunning machinations and the dual investigations of Jin-hong and Soo-hyun, it’s clear that information is being held back about its protagonist and that a last act denouement (along with the obligatory flashback montage) is coming. This isn’t to say that the story isn’t engaging, though the film does feel convoluted in places, and there’s no getting around the fact that its plot simply isn’t as interesting as its background concept.

All of this perhaps wouldn’t be much of an issue if it weren’t for the film’s premise of the murdered dead coming back for revenge or the misleading way it’s being sold, and in fairness RV: Resurrected Victims is a perfectly respectable mystery melodrama. Well-directed, acted and with polished production values, there’s enough here to hold the interest, if not to get particularly moved by – at least for viewers not expecting another Train to Busan or an hour and a half of undead action.