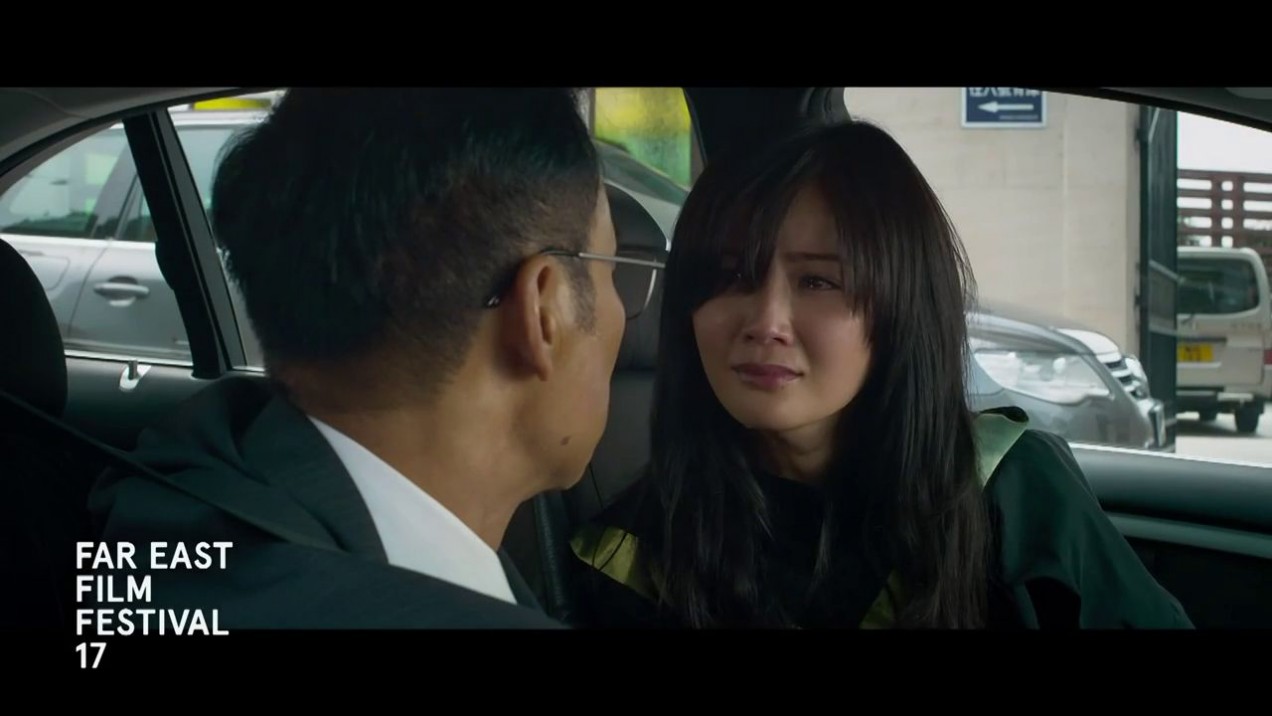 Herman Yau, one of Hong Kong’s busiest and most underrated directors, returns with Sara, a challenging look at the sex industry, abuse and redemption that sees him working again with screenwriter Erica Li, the pair having collaborated on several films in the past, most recently Ip Man: the Final Fight. The film raised a few eyebrows when it was announced that Charlene Choi would be appearing in the lead, marking a major departure for the former Twins starlet, whose acting career had up until then generally consisted of safer and more family-friendly roles.

Choi plays the titular Sara, a young female journalist dedicated to uncovering corruption and the seedier side of society, who runs into trouble after writing an expose about a brothel frequented by the rich and famous. When her boyfriend (Ryan Lau) fails to support her, she decides to get away from it all and takes a trip to Thailand, where she meets and tries to save Angela, an underage prostitute trapped in the sex industry. This brings back memories of her own tortured past and the abuse she suffered at the hands of her stepfather (Tony Ho, Sifu vs. Vampire), ignored by her mother (Pauline Suen, The Untold Story 2), as well as her complicated relationship with an older married man called Ho Yin (Simon Yam, Two Thumbs Up), who helped her after she ran away from home.

Though for many Herman Yau will always be best known for his early career shockers, what arguably most characterises his films is a sense of social conscience and a desire to comment on the ills of the world – something present even in The Untold Story and Ebola Syndrome, at least for viewers willing to look hard enough. This is certainly the case with Sara, a bold film that sees Yau not only tackling a subject that most other film makers wouldn’t touch with a bargepole, but doing so without being too preachy or offering easy answers. While the film is quite rightly a condemnation of child prostitution in Thailand, Yau and Erica Li also explore the social and economic reasons that fuel it, finding common ground between Angela and Sara. Yau is a great, humanistic storyteller and handles this sensitively, asking tough questions and taking the film into some very grey moral territory, enough so to likely make it quite shocking for some audiences. There’s a non-judgemental approach to Sara’s gradual facing up to her past which makes it all the more powerful, the contradictions in her character and that of Ho Yin making for an engaging rather than confrontational piece of social commentary, Yau managing to avoid ever taking the film into exploitation territory despite its sexual themes and content.

The film also works well as a character drama, thanks to a great script from Li, as well as a fantastic lead performance from Charlene Choi, which deservedly won her a Hong Kong Film Award nomination and a special mention at the Osaka Asian Film Festival. Her turn as Sara impresses not only through its bravery, but in the ways that she manages to add depth and successfully bring out the different sides of the character, keeping her believable – indeed, crucial to the role is the fact that Sara frequently makes unwise decisions and risks becoming unsympathetic at times. Simon Yam is similarly on great form, their relationship providing the film with its shifting emotional core and ensuring that whatever the viewer might think of their pairing and its clearly destructive and possibly hypocritical heart, it’s hard not to be moved by how Yau allows things to play out.

It’s this kind of maturity which really marks Sara as one of the best Hong Kong dramas of the last year or so, coupled with Yau and Li’s well-judged and thoughtful approach to such difficult material. As well as providing Charlene Choi with deserved recognition of her growing talent as an actress, the film will hopefully find a wider audience for its earnest effort to shine a light on an uncomfortable set of issues which are often ignored.

Sara is available via YesAsia.