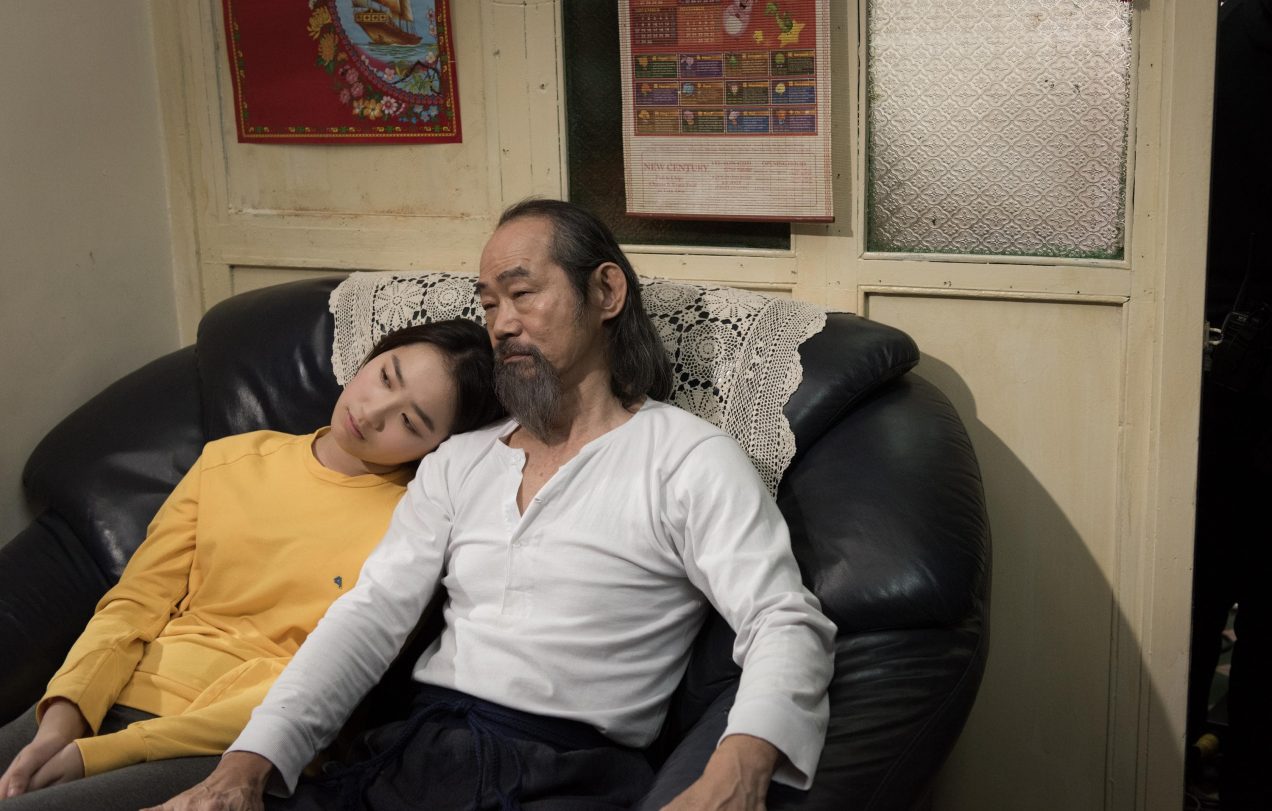 The history of Hong Kong is, to say the least, fascinating. And that of its cinema perhaps even more so. In Septet: The Story of Hong Kong, seven of the city’s most acclaimed directors pay tribute to these captivating histories. The omnibus production consists of seven segments set in different decades from the 1950s to the present day. Or, is it actually the present day?

Having premiered at Cannes and shown as the opening film of Busan International Film Festival in 2020, the film finally met audiences in mainland China as the opening film at the FIRST International Film Festival on July 27. Shelved until this year’s celebration in China of the 25th anniversary of the handover of Hong Kong, the title also received wider theatrical releases in Hong Kong and the mainland on the 28th and the 29th, respectively. Two years ­– insignificantly short, especially for a film spanning 70 years of history, but also long enough for momentous changes to take place. 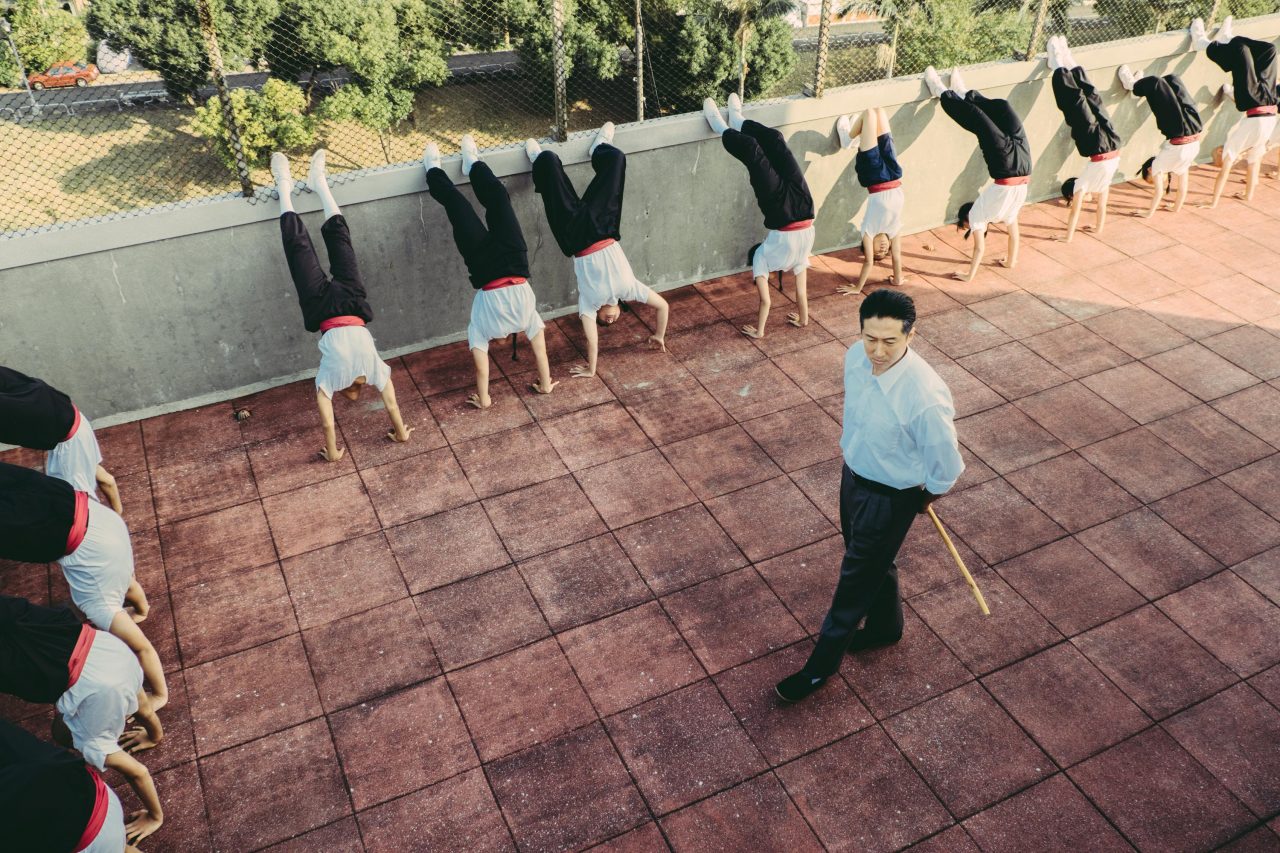 Shot entirely on film and with top-notch production design, common themes connecting the seven short films are nostalgia, separation, and sweet sorrow. In the first chapter, ‘Exercise’, Sammo Hung reminisces his childhood martial arts training. With the help and the cane of his teacher (played by his son Timmy Hung), he and his fellow students learn the importance of being earnest and disciplined in a well-paced dozen minutes.

‘Headmaster’, Ann Hui’s contribution, tells a story of unruly and helpless primary school students, their English teacher Wang (Sire Ma), and the wise headmaster (Francis Ng, Drifting). With her usual humanistic touch, the piece finds strength in its sincere subtlety shown in brief encounters between the students and the teachers and their memory.

The most tender and theatrical story of the lot is aptly titled ‘Tender is the Night’. Patrick Tam’s segment sees two star-crossed youths trying (not) to make the most out of their last night together before the girl (Jennifer Yu) immigrates to the UK with her family in hopes of a brighter future. It is a sweet first-love dream of a film: soft lighting, lush colours, and gentle kisses. At first glance, the dramatic staging and acting of it seems almost insincere, but when you listen closely to the Keats’ lines they speak to each other and a certain song that encapsulates all that is left unsaid, you find yourself deeply immersed in the story of their first love – or that of your own.

Yuen Woo-ping’s ‘Homecoming’ starts in 1997. A still-practicing martial arts champion grandpa (Yuen Wah) is joined temporarily by his McDonalds-loving granddaughter (Ashley Lam) who prefers to be called by her English name. Although the two starts off as strangers to each other’s worlds during a historic time for the city, a bond develops between them that changes these two representatives of different generations. 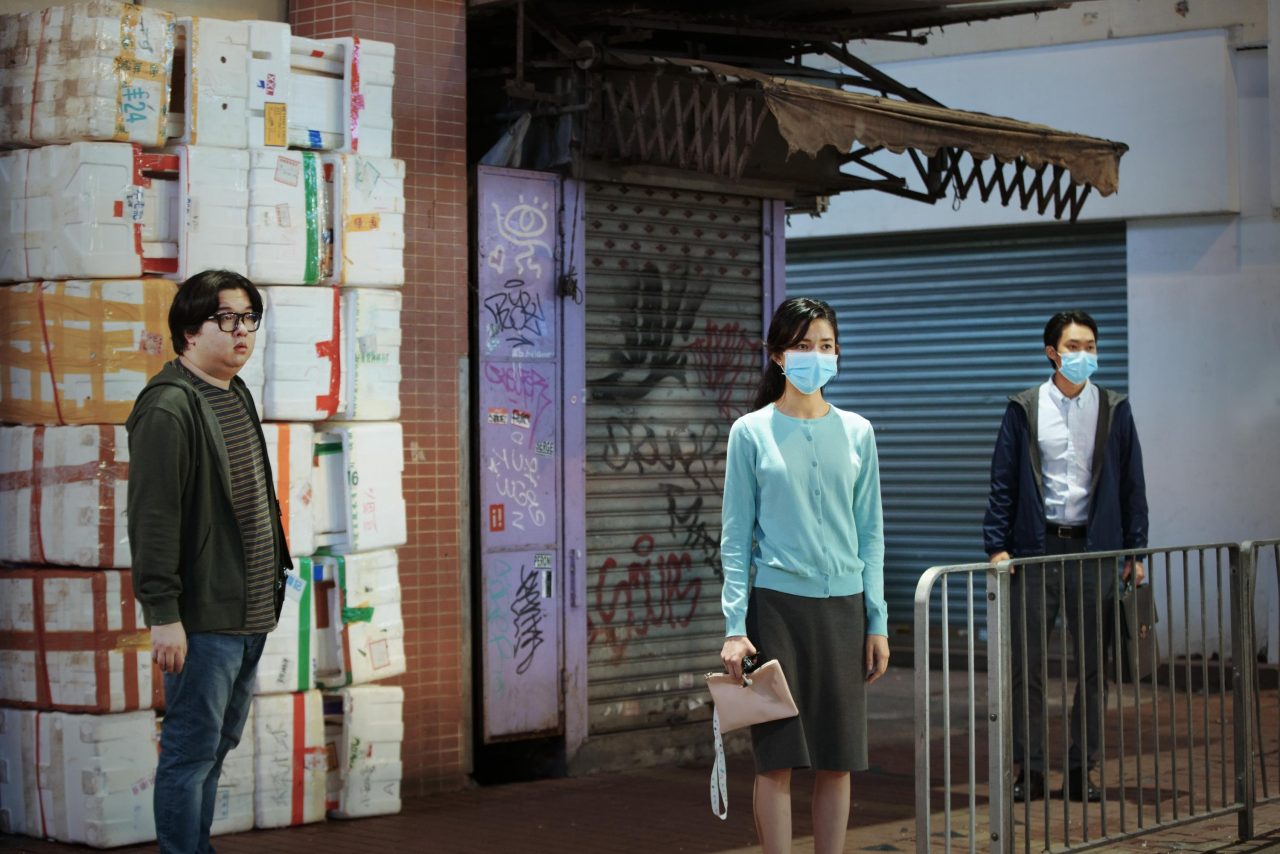 The fifth instalment, ‘Bonanza’, offers an economic history of Hong Kong around the turn of the millennium through a story of three young friends and their three attempts to make a quick buck. Set against the background of the Asian financial crisis of 1997, the dot-com bubble, and the SARS epidemic (which now hits too close to home), Johnnie To’s piece vividly captures the hustle and bustle of the financial hub and the people’s mentality of the time.

‘Astray’ then takes us back to the theme of generations as well as the city’s history and follows a man (Simon Yam) who returns to his native city only to find himself hardly able to recognize it. With black-and-white photographs of old landmarks and their names next to them, coupled with melancholy music, this part is truly designed to take the audience on a nostalgic tour de force. Knowing that it was the legendary Ringo Lam’s last work before his death in 2018 adds significantly to the emotional impact of the segment.

Lastly, in ‘Conversation in Depth’, Tsui Hark takes a break from the reminiscence of Hong Kong and turns to its directors, that is, the seven directors themselves. In a futuristic asylum, a psychiatrist (Emotion Cheung) is seen having a session with his patient (Cheung Tat-ming) who believes he’s Ann Hui (no, those pronouns are not misspelled). Soon we realize there are audiences here other than us as the story turns increasingly meta. Expect a healthy dose of humour and self-mockery from this last segment that concludes a film that every Hong Kong cinema enthusiast should watch.

Septet: The Story of Hong Kong feels like family: they leave a few things to be desired, but you nonetheless love them and are glad to have (had) them.

Septet: The Story of Hong Kong screened as the opening film of the FIRST International Film Festival 2022.