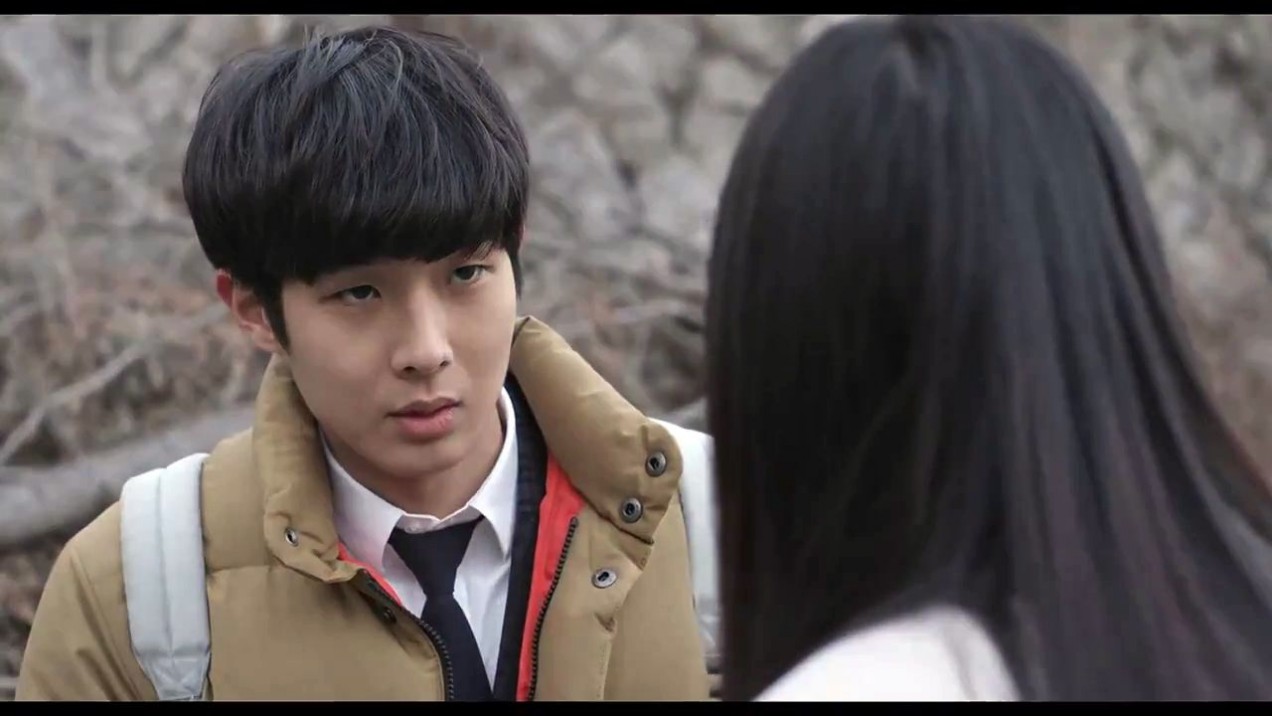 Writer director Kim Tae-yong has been hailed by many as one of Korea’s more promising young talents since 2010, when his short Frozen Land was invited to the Cannes Film Festival’s Cinéfondation. Having since made a series of acclaimed shorts, including the Night Bug episode of recent gay drama One Night Only, Kim now makes his feature debut with Set Me Free, a semi-autobiographical coming of age drama starring up and coming young television actor Choi Woo-sik (Pride and Prejudice). Another critical success for the director, the film premiered at the Busan International Film Festival, where it won the Citizen Critics’ Award, and also played Rotterdam in Europe.

Chi Woo-sik plays Yeong Jae, a young boy who has just turned 17, meaning that he’s now too old to live in the group home called Isaac’s House where he grew up after being abandoned by his father. Desperate to stay in the house, he fools curate Beom Tae (Shin Jae-ha) into thinking he wants to stay on so that he can help out and become a priest, while at the same time making money by stealing goods from the storeroom and selling them to his classmates at school. Increasingly trapped by his lies and confusion, Yeong Jae falls into a downward spiral when his father appears and dumps his favoured younger brother Min Jae (Jang Yoo-sang) at the home to live with him.

Indie youth dramas, generally those of the dark variety, continue to be popular in Korea, with hard hitting films like Shin Su-won’s Pluto and Lee Su-jin’s Han Gong-ju having won acclaim at home and abroad. Although another example of outsider cinema and similarly dealing with themes of loneliness and isolation, Kim Tae-yong’s Set Me Free takes a very different and quieter route, exploring the angst, confusion and bad decision making of youth without ever venturing fully into explicit tragedy or horror. Indeed, for the most part, Kim simply follows Yeong Jae as he goes about his business, sinking slowly but surely into his quagmire of lies through his increasingly two-faced behaviour. At the same time, though his actions are frequently unpleasant, he’s clearly a troubled rather than wicked soul, and Kim keeps things from ever going too far. Given the autobiographical angle, the film is unsurprisingly both personal and grounded, and as a result offers a more realistic depiction of traumatised youth, pushing no obvious underlined message other than a desire to portray how far someone will go to be loved and to construct their own idea of a safe haven.

Quiet and subtle, the film is focused on exploring and depicting emotions and inner turmoil in a studied rather than artificial or melodramatic manner, and to be fair this might mean that it doesn’t connect with viewers expecting something with more narrative drive. Certainly, Kim directs with patience, being unafraid to allow the plot to meander, and the film does get slow in places, deliberately eschewing the usual kind of cathartic set pieces or shock developments. While it is rather distant and, like protagonist Yeong Jae remains ambiguous, it still carries a considerable emotional punch, thanks to a fine lead performance from Choi Woo-sik, who deservedly won the Actor of the Year Award at Busan for his efforts. In what was undoubtedly a very difficult role, Choi brings a complex humanity to Yeong Jae, never overdoing the torment and expressing most of his thoughts and feelings through his eyes and body language – very impressive for one so young.

Though there’s not quite enough here to make Set me Free essential viewing, it’s a substantial and thoughtful indie that does Kim Tae-yong’s reputation as a director to watch no harm at all. One of the more believable films of its type from the last few years, and strikes an intriguing balance between the intimate and the obtuse.

Set Me Free is available through YesAsia.