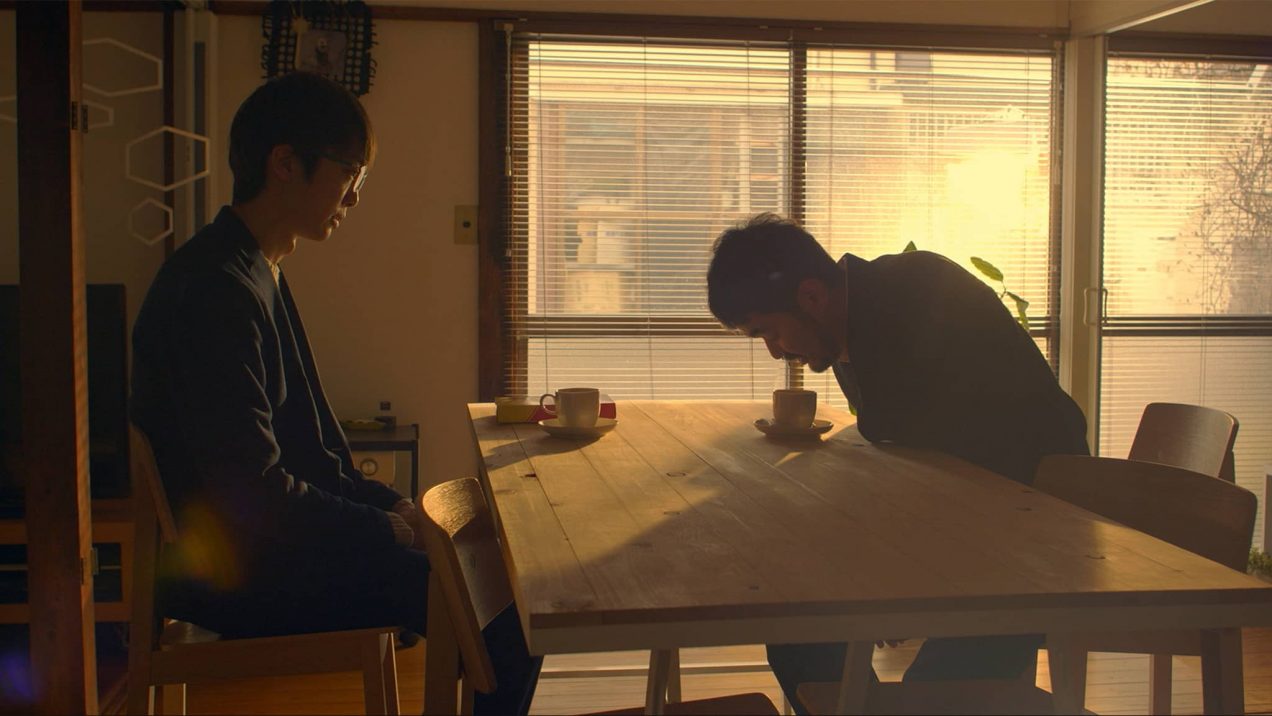 Promises sexual liberation through food, but is mostly a guy talking dirty to humiliate people…

I believe Jonathan Rosenbaum once called the International Film Festival Rotterdam the “coldest and dirtiest” festival in the world. Dutch temperatures are indeed low in at the end of January and the start of February, and the festival often takes place while it alternatively snows and rains, creating a grey, slippery sludge on the streets. The dirty part also referred to the programming: there was a time when the festival was also known for showing quite a few Japanese pinku films, when other ‘reputable’ European festivals would not.

None of this applies to this year’s IFFR, or does it? Due to a renewed lockdown in the Netherlands, the festival has gone completely online for its February edition (the festival’s been split in two, with the latter half taking place in June), and shows only two Japanese films in its current line-up. However, one of these two turns out to be quite dirty after all: it’s not called Sexual Drive (2021) for nothing.

Sexual Drive consists of three short segments in which sexual desires are connected to food consumption and humilation. It contains no explicit sex scenes, but much explicit conversation about sex combined with women looking aroused by the food they consume or prepare. Definitely dirty. In the promotion material those food scenes are immediately connected to Tampopo (1985), but sadly Sexual Drive can hardly compare to that cult classic. The scenes themselves are easily the best of the film though.

Making the dish called natto even remotely sexually suggestive is in itself quite a feat, and the gleeful, excited way with which the woman in the second segment prepares a hot and spicy tofu dish is a sight to behold. Especially, because in both cases, for the women this is connected to a (sexual, if not spiritual) liberation. The problem, however, is that the film falls flat each time in the build-up to these cathartic scenes. Whereas the three conclusions are suggestive, though perhaps not subtle, and perhaps even a bit sexy, everything leading up to that consists each time of a man being thoroughly sexually humiliated by the long monologues of a character named Kurita.

Not only are these scenes dull by themselves, in two out of three they mostly consist of him explicitly stating what he does sexually to the male partners of the women he’s describing, in order to humiliate these men. The only reason the conclusions work each time is that the women take agency and control, plus the eroticisation of the food. The catharsis that comes with them is, however, mostly unearned. Which makes Sexual Drive a largely underwhelming affair, with only just 3 good scenes. The rest has to be slogged through, making it feel a lot longer than the mere 70-minute running time.

Sexual Drive had its world premiere at the winter half of the International Film Festival Rotterdam 2021, which takes place online this year.