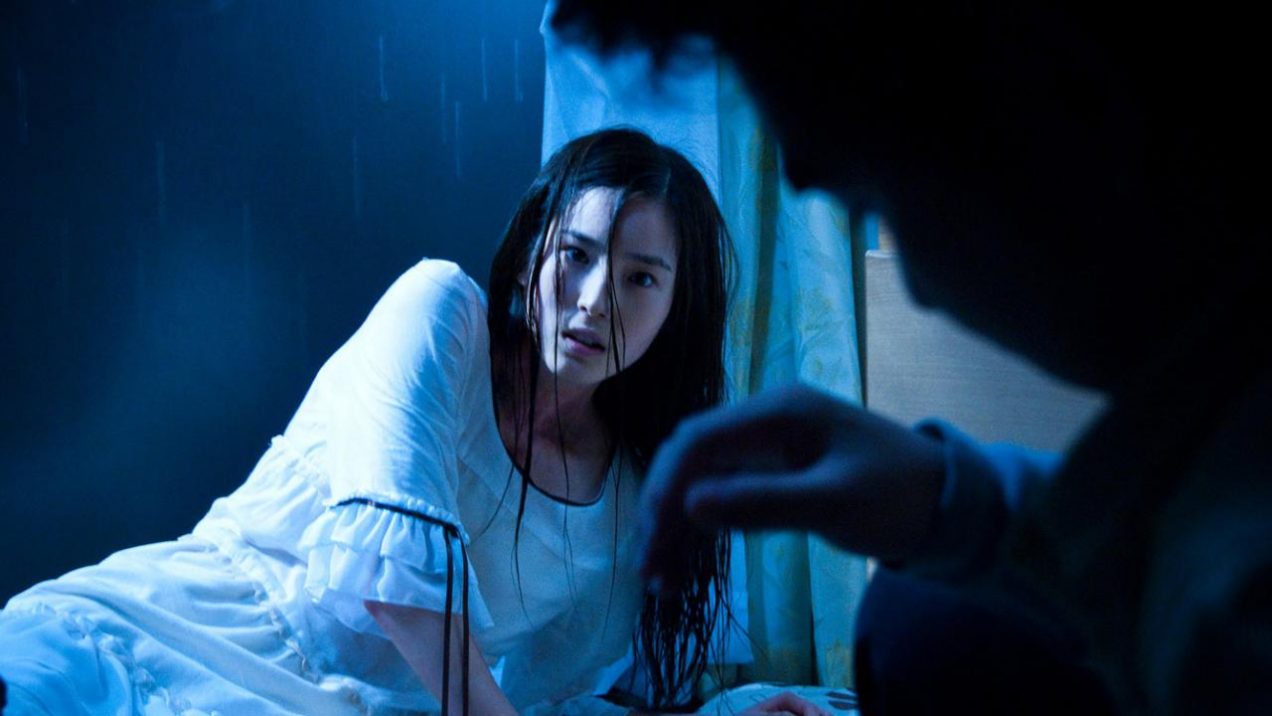 Takashi Shimizu, an icon of modern Japanese horror cinema thanks to his hugely successful Ju-on franchise, tried his hand at a slightly different kind of fear in 2009 with Shock Labyrinth, said at the time to be the country’s first full-length live-action digital 3D feature, based upon ‘The Haunted Hospital’, one of the world’s largest walk-through haunted house attractions, located in the famous Fuji-Q Highland theme park. Although a film inspired by a fairground funhouse may sound a little dubious, the production is filled with Shimizu’s trademark surrealism, featuring an offbeat and ambitious narrative alongside plenty of scares and visual flourishes. The film has a cast of popular Japanese stars, including Ai Maeda (Death Note: The Last Name), Suzuki Matsuo (Robo Geisha), Misako Renbutsu (Fullmetal Alchemist), Ryo Katsuji (Underdog) and Yuya Yagira (Destruction Babies).

The film kicks off with a young blind woman called Rin (Ai Maeda) being reunited with childhood friends Ken (Yuya Yagira) and Mikoto (Ryo Katsuji) after a long separation. Weirdly, another friend also shows up, Yuki (Misako Renbutsu), who just happened to have disappeared some ten years back during a late-night visit to a house of horrors at the Mount Fuji theme park. When Yuki has a fit and collapses, the others rush her to a hospital, only to realise that they have somehow ended up back at the same haunted building where she went missing. When she vanishes yet again, Rin, Ken, Mikoto and Yuki’s sister desperately search for her whilst unravelling their memories of what actually happened on that fateful night in the past.

Takashi Shimizu was a pretty logical choice for a film based upon a theme park ride, with his Ju-on films being at heart haunted house thrill-ride style affairs that delighted in having their ghosts leaping out suddenly at the audience. This obviously also made him a good candidate for a 3D film, and Shock Labyrinth performs very much as expected on this score, with numerous shots of things flying into or clutching at the camera. The film clearly enjoyed a decent budget, with 3D digital effects and CGI of a reasonable standard, and though they don’t really count for too much on the small screen, they still help the film to stand out and add a little extra fun to the proceedings, in particular for any unfortunate viewers with a fear of stuffed animals.

All of this works quite well, with plenty of spooky action and supernatural goings on, though it’s fairly obvious that the film was primarily aimed at a younger audience, without anything too threatening, nasty or indeed frightening. Whilst this in itself may disappoint genre fans who require something a little more adult than a floating toy rabbit to give them the chills, the film does have Shimizu’s usual sense of the bizarre, with a good few memorably strange and surreal moments. The film is also very atmospheric and eerie throughout, showing an excellent use of lurid colours that do give the feel of wandering through a creepy sideshow. Though rarely getting the pulse racing, the film is reasonably tense, and does pack in a few genuine jumps and unnerving touches along the way.

Also in its favour is a surprisingly ambitious fractured narrative, which like that of Ju-on leaps around in time, often without any warning. Shimizu actually pushes the boat out pretty far in this respect, as he overlaps the past, present and future to entertainingly baffling effect, making the film unpredictable and offbeat right through to its amusing final twist. This isn’t to say that the film actually makes any sense at all, and it quite cheerfully flies in the face of logic and common sense, though thankfully not in an obscure or annoying way. It helps that though the characters aren’t particularly well written, the cast are all likeable enough, or at least aren’t too grating, and so their endless wandering around never becomes tedious.

Although Shock Labyrinth isn’t really among Takashi Shimizu’s best work, it’s still an above-average and perfectly enjoyable slice of Japanese teen horror tomfoolery. The 3D gimmick earns it a couple of extra points, even though this mainly just translates to a few innocuous shots of flying stuffed rabbits, and while not particularly frightening, the film makes for amiably fun viewing.