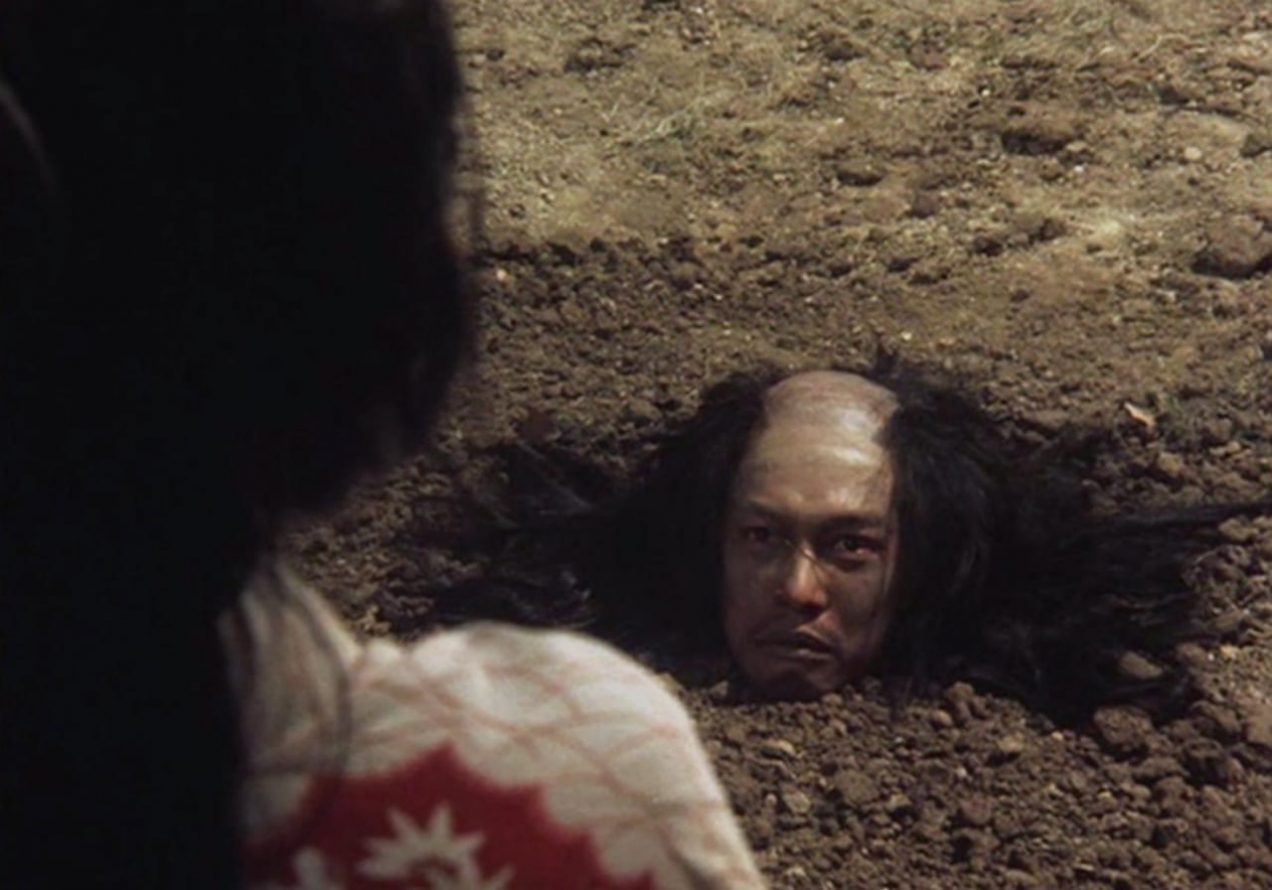 Before Scorsese there was Masahiro Shinoda’s 1971 iconic original, following Portuguese priests in Japan…

From jaunty piano tracks to tense moments of torture, and even extended philosophical conversations upon the purpose of life and the effects of religion, Silence is a film that was definitely worthy of being entered into the 1972 Cannes Film Festival.

The film follows two Portuguese Jesuit priests, Rodrigo (David Lampson) and Garrpe (Don Kenny), spreading the Christian faith across Japan in a time where all heretics are murdered for rebelling against their culture. The plot follows a mystery around the missing Padre Ferreira, who was captured 5 years previous during a culling from the Japanese ruling classes against a usurping religion (Christianity) spreading across the land. In this period, hundreds of thousands of worshipers, priests and believers were all killed for following this religion, which clashed with the culture and core fundamentality’s of the land of the rising sun, and Christianity was violently suppressed. Here is where the film starts, with two Priests sailing to Japan and covertly spreading the religion again whilst hiding in poor villages, desperately searched for by the local law and in-turn seeking Padre Ferreira for themselves.

The standout moments in the film are subtle contemplations upon belief and culture, and the contrasts with a soundtrack that reinforces (and even escalates) the tension throughout. An unsettling jaunty piano soundtrack which crops up at unassuming moments of tension, creating a creeping sensation from the high keys across the back of your palms. It’s a very early technique of sound design in film to portray emotion and give it empathizes in scenes, and the disturbing piano cropping up during lingering moments of danger is no less haunting than the iconic ‘shadow on the wall’ shots of 1920’s Nosferatu. We see this technique as heretics drown, pinned to a cross in the rising tide. We hear it as padres sail to Japan for the first time, unaware of the danger ahead of them; and as an audience you can’t help but feel unsettled from the simplistic but nonetheless creepy soundtrack, feeling sorry for these rural villagers who hold strongly in their dangerous beliefs and just want to pray.

Throughout the plot we encounter strong characters of belief, hiding in the rural villages of Japan, and the notable Kichijiro (Mako Iwamatsu) who is never revealed to the audience as completely mad or just a plain coward. Iwamatsu’s scant moments of comedy with his character deliver some much needed comic relief, especially in scenes that would otherwise be overtly horrifying or unsettling. As he unfaithfully leads a stout David Lampson around the island, letting his villagers burn en-masse for their strongly held beliefs whilst Iwamatsu runs away, you can’t help but draw similarities to the boy who cried wolf. David Lampson delivers a strong performance as Padre Rodrigues, giving a strong verbal battlein the second act and going toe to toe with the magistrate from Nagasaki in strong japanese, both battling for their beliefs and neither giving an inch. It’s a powerful scene in the mid act, but you can’t help but have sympathy for the magistrate who is trying to do what’s best for his people and country by killing the foreign usurpers and the insurrectionists. The most impressive part of the film is the strong Japanese pronunciation of both english actors David Lampson and Don Kenny, fitting in as perfect Japanese citizens in their own right.

The film portrays a collection of people with simple beliefs that sway easily, after two days of torture they’re willing to renounce their own mother, not just the ‘false faith’ they were following. Is this supposed to be a chiding from the director upon a failing of Western religion? That constant belief will ultimately fail against constant extended real world pains, and the lack of subtlety in this portrayal by the Japanese actors and their actions gives a sense of arrogance and superiority in their own culture compared to outsiders. I’m unsure how I personally feel about this, it made me feel uncomfortable whilst watching at the blasé torture that religious believers are put through, and the rapidity in the narrative that the native Japanese (as opposed to the foreign priest Rodrigues) renounce Christianity.

Silence has a lot to say about the impact of foreign beliefs and influences on rural Japan, potentially destroying cultures and traditional ways of life through outside influences. Whilst I didn’t feel happy watching the film or in a strong positive way, I can’t help but rate it highly as director Shinoda has done his job of both eliciting a reaction from myself as the audience, and through creating an interesting cultured debate in the narrative about contrasting beliefs.