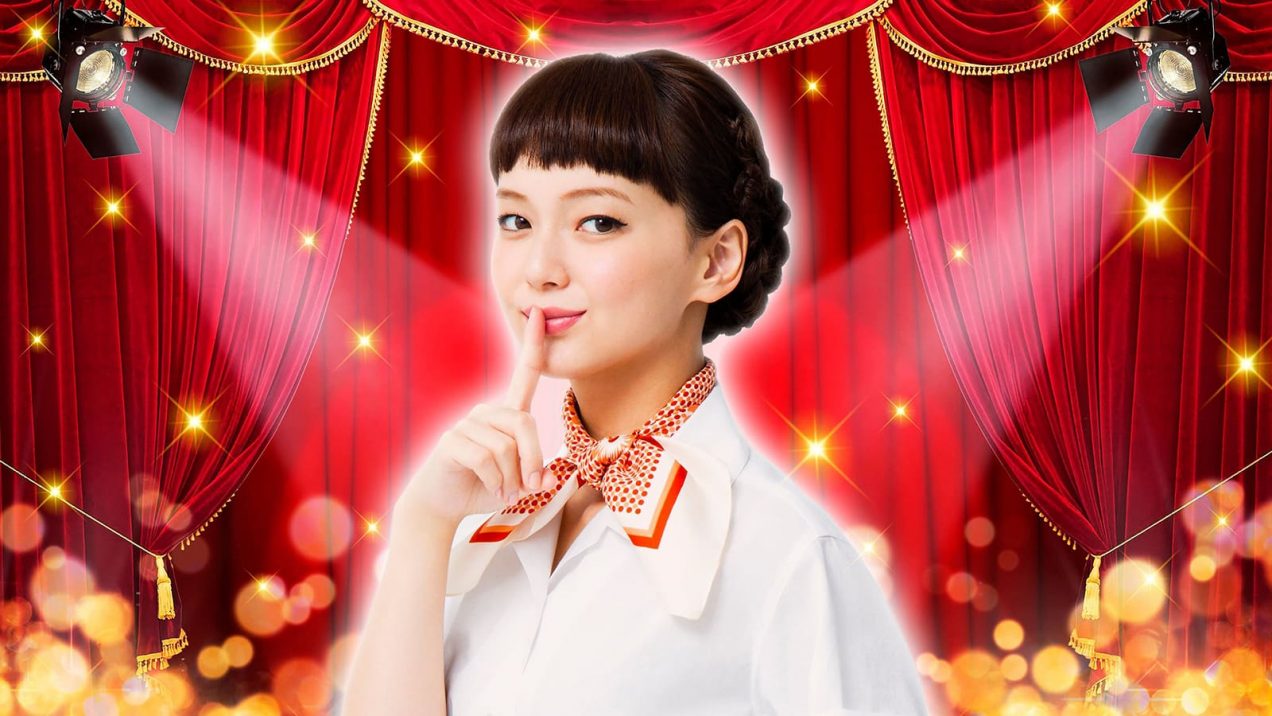 What would you do with your second chance?…

It is in comedy that some of the more philosophical elements of society get expressed and Sing My life is no exception to that idea. Set in Tokyo, it follows the fortunes of Katsu Setayama, a quirky and outspoken grandmother who gets a second chance at life when a photo studio transforms her into her youthful self. Hiding out at her old friend’s place, unbeknownst to him of course, she ends up joining her grandson’s punk band and persuades them to change their style.

With the main character adopting the style of her heroine Audrey Hepburn, she is provided a distinct look and is the source for a lovely wordplay on the name Audrey being changed to Otori – the Japanese word for Decoy and a first name Setsuko that hints at the brief time the character returns to being ‘a child’. The parallels with the film Roman Holiday add to the charm of the story. A remake of the film Miss Granny, it loses nothing of the energy and fun of the original Korean version and adds its own unique style and music to keep the story fresh.

Underneath the situational amusement, however, runs a thread of reality and commentary on society and how its structure of family and work obligations trap people into roles where they feel discontented. Appearances don’t reflect the inner working of a person or their need to feel fulfilled, no matter their age and what is cantankerous for a senior is cheeky and gamin for someone still in their youth. The performances in this aspect were very good – Mikako Tabi who plays the younger self, clearly worked with Mitsuko Baisho her elder persona on matching their body language so that her movements very much echoed those of an older woman. There is good chemistry between her and the supporting cast and you become fond of them very quickly. There are moments of sentimentality speckled through the comedy, but its well-timed and prevents the film from being too frivolous.

Then, of course, there is the music. The traditional songs are perfectly selected and ones that all audiences can still relate to. Others written especially for the film have a fabulous feel of modern Japanese Folk rock, and as Setsuko says early on “A song should move a listener’s heart….a great song stays 10 years, 20 years, no…50 years deep in your heart.” Mikako Tabi has a sweet and lovely voice that can’t fail to move you – a youthful appearance singing with the experiences of a harder life. It’s these experiences that define who she is and the realisation that you can’t escape who you are, even if you take a small holiday from it.

Sing My life screens as part of The Japan Foundation Touring Film Programme 2018 which begins on 2 February.