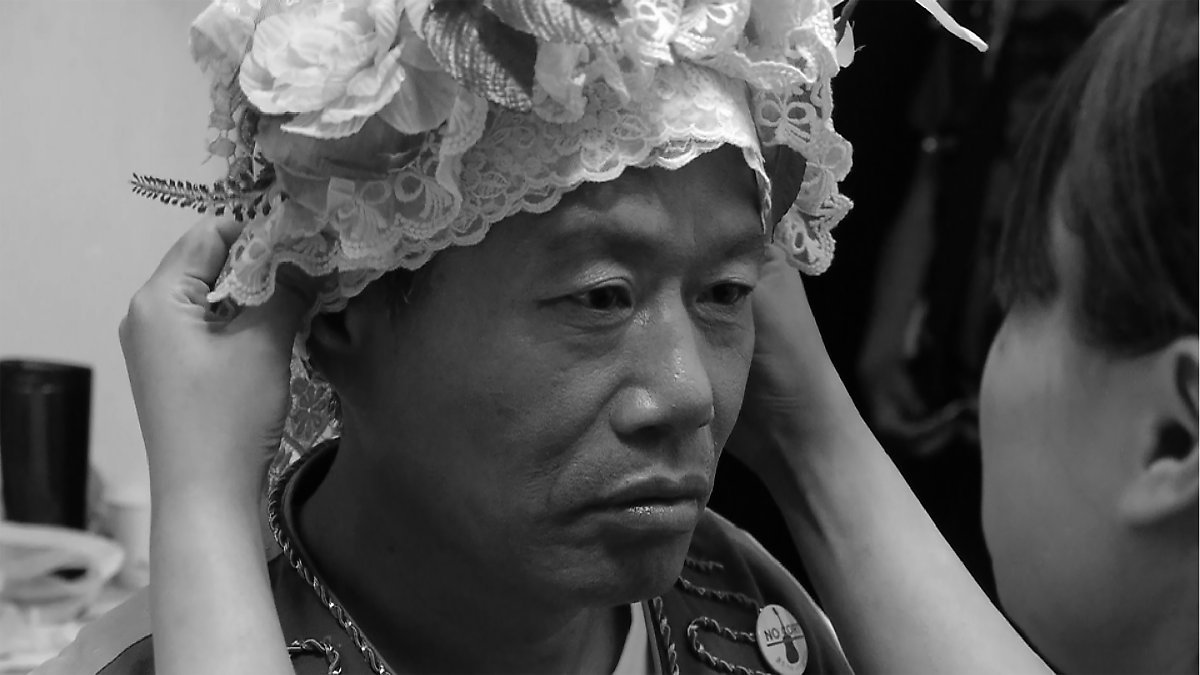 A decade of struggle chronicled in intense detail…

The simple fact of the matter is that one expects so little from those who hoard wealth, that there is a tendency towards taking any victory, no matter how minor, as a great win. It is one thing to view the victory of our unions in isolation, quite another to see the entire protracted process from way before it begins to way after it ends.

Documentarian Lee Soojung’s Sister J is at points astounding in its humanity, throughout alarming in its pessimism. Taken as a whole, it should be a remarkable document of the tireless work of Lim Jaechun, who has helped to organise those who were unfairly laid off by a guitar manufacturer as he does battle with the company who wronged him and his friends on a daily basis for over a decade.

Lee’s unfettered access to the striking workers allows her to put together a fairly comprehensive account of the initial layoffs, the slow years of protest, and eventual negotiations. It’s a huge amount of footage to be left with, and Lee is keen that the audience gets to see as much of it as possible. Vividly shot in stark black and white for the most part, we see protests, art pieces, music practices, home lives, and so much more. It really does feel as if someone had given up a decade of their life. It is a generous documentary above all else.

Unfortunately, documentaries should aim to be more than generous. We are given open access to the brilliant life of Lim Jaechun, but it almost feels too open. Scenes come and go but it doesn’t feel as if there is much connective tissue, or artistic intent. We have a scene of a Hamlet performance followed by Jaechun at home, followed by a rudimentary band practice, but one never gets the sense that we are building towards anything.

Of course, narrative isn’t everything, and to the greatest of their abilities the subjects can speak for themselves. The denouement of Sister J is truly brilliant; Lim feels as if they have given everything to the struggle and to the camera, and this is coupled with it being the first time that one can feel the distinct presence of a director’s hand in the making of the film. Make no mistake, I am not advocating for directors to influence their subjects, but they do hold a responsibility to the audience, and Lee doesn’t seem overly interested in doing much beyond showing footage.

All this is frustrating, without being a dealbreaker. The story of these workers deserves to be told, and from their own perspective. Sister J does not feel overly polished, or as if it is just reciting a Wikipedia article on the subject. There is obvious empathy, as to make the film with too much distance would feel cold, unpleasant, and most likely overly sympathetic to the company who fired them all.

Sister J’s greatest success is how it tempers expectations: yes, concessions are made to the workers, but it took a decade of protest, and even then, these concessions are so minor that one can’t help but feel as if nothing at all will really change. Just like in its lack of direction, it defies any need for a happy ending, because ultimately it understands that it has documented the life of real people, and that their legitimate concerns, hopes, and dreams cannot simply be tied up in a bow and made to seem warm and fuzzy just because we want it to be the case. In this way, its approach to traditional narratives is fresh, if somewhat upsetting.

That doesn’t stop the fact that, for all it tries to do right by its fascinating subject, Sister J is really quite boring. The choice to arrange scenes in a seemingly random order makes it harder to appreciate the stakes, which are both real and severe. Even if the purpose is to show the heartbreaking futility of righteous struggle when met with the evilest parts of capitalism, one can’t say it makes for the most compelling viewing moment to moment.

In this way, we must say that Sister J is less than the sum of its parts, and considering what these parts could have amounted to, that is a huge shame. Lim Jaechun deserves to be an icon.