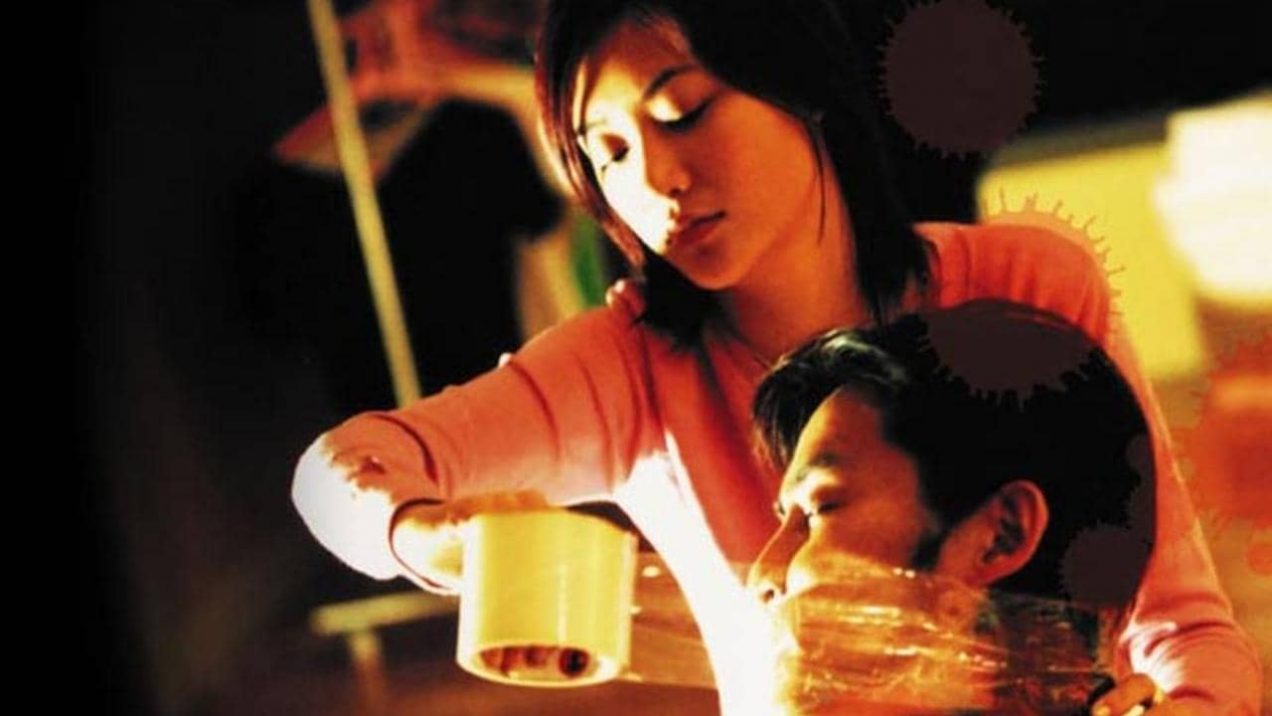 Slim Till Dead is a 2005 effort from schlockmeister Wong Jing, the infamous producer/director/writer blamed by some for the Hong Kong cinema slump of the 2000s, and who at the very least is the personification of low-brow quantity over quality. The film is instantly recognisable as coming from Jing’s stable, who co-directs with Marco Mak, and it takes just minutes for any preconceived notions of the intense and gory Se7en style thriller suggested by the box art to be soundly dismissed. Also billed as a satirical, homicidal exploration of the slimming craze gripping Hong Kong at the time, Slim Till Dead is in fact little more than the usual Jing fare, being a chaotic, glossy mixture of comedy, violence and flesh, with scant consideration given to narrative logic or any kind of originality. Despite such obvious criticisms, the film is thankfully entertaining, and provides a slice of fast-moving psychotic soap opera which, though skimping on the more visceral potential offered by the sleazy scenario, manages to win over the viewer with its general amiability more than anything else.

The film is set in the fashion world, where a mysterious killer strikes, kidnapping an unfortunate model, whom he then starves and kills through gruesome mutilation which brings her weight down to exactly 70lbs. A detective called Tak (played by the legendary Anthony Wong) is assigned to the case, helped by his wife (Sheren Teng, mostly known for her TV work), who used to be a criminal psychologist. Also thrown into the mix are a photographer from the Mainland, a mysterious criminal connected with the beauty salon which the victims visit, and Tak’s new boss, Hung (played by Jing himself), who he’s desperate to impress. As the investigation progresses, more mangled bodies turn up all weighing in at 70lbs, and eventually Tak’s wife decides to do a little undercover work of her own to catch the killer.

Although Slim Till Dead was co-directed by Marco Mak (who usually works as an editor, but has been responsible for several films, including The Peeping and Haunted Office), it’s in every way a Wong Jing film. The usual flashy techniques seen in most of his films are all present, with a great deal of fast editing and sudden freeze frames, plus the expected overabundance of neon lighting. This gives the film the visual feel of a tacky music video, which though not entirely inappropriate considering the subject matter and setting, does make the proceedings depressingly familiar.

The film’s main problem is that of many Jing efforts – it tries to be too many things at once, and as a result, has a wildly inconsistent tone and fails to really engage. Although ostensibly a satire on the media’s fixation with slim models, there is very little effort made to develop this into anything intellectual, and the focus is very much on the domestic life of Tak and his wife, with a great deal of time spent following their wacky arguments about having sex. To be fair, their relationship is actually quite interesting and is at times genuinely touching, though since the film is advertised as a murder thriller, this is perhaps not such welcome praise. In fact, the vast majority of the film’s sparse action comes from characters running around in hysterics, countless scenes of mobile phone text messaging, and an incredibly gratuitous extended scaffolding climbing sequence. 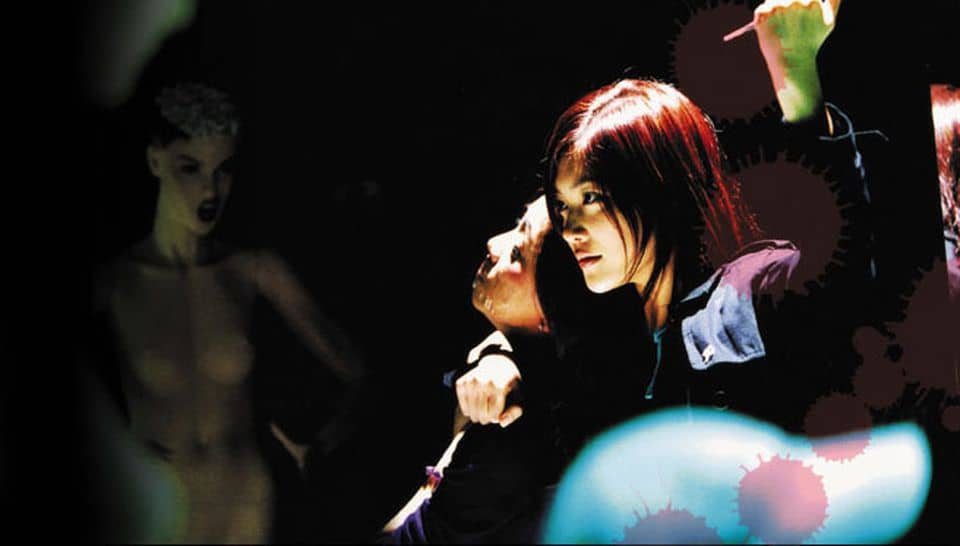 When it comes to visceral content, Slim Till Dead is sadly lacking, a fact sure to disappoint viewers drawn in by the lurid advertising. The only real violence consists only of some after the fact blood, and despite a fair amount of cleavage shots, and bikini-wearing models, there is no actual skin on display. The killings are never properly shown, and the scenes of the kidnapped models begging for their lives appear to be being played for laughs. Instead, the film comes across as rather comical, and as a result is actually far more entertaining than may be expected, mainly due to the fact that it is genuinely quite amusing. Aside from some odd jokes about Thai kickboxing, there is a very funny pastiche of Fruit Chan’s Category III-rated 2004 Dumplings, with actress Kristal Tin (Vulgaria) putting in a charming performance in a bizarrely wacky role. Best of all is a slice of exposition which explains the killer’s flimsy motivations in a truly ludicrous and ill-judged manner. Anthony Wong is on fine comedic form as a downtrodden detective, constantly overshadowed by his wife and given plenty of opportunities for clowning around.

All of this, along with the fact that at least half of the characters appear to be insane, makes for an absurd, though enjoyably trashy viewing experience. Although it’s hard to recommend Slim Till Dead as the grisly mystery it purports to be, it’s nevertheless worthwhile for any fans of Wong Jing, Anthony Wong or those who enjoy the more hysterical, campy side of Hong Kong cinema.