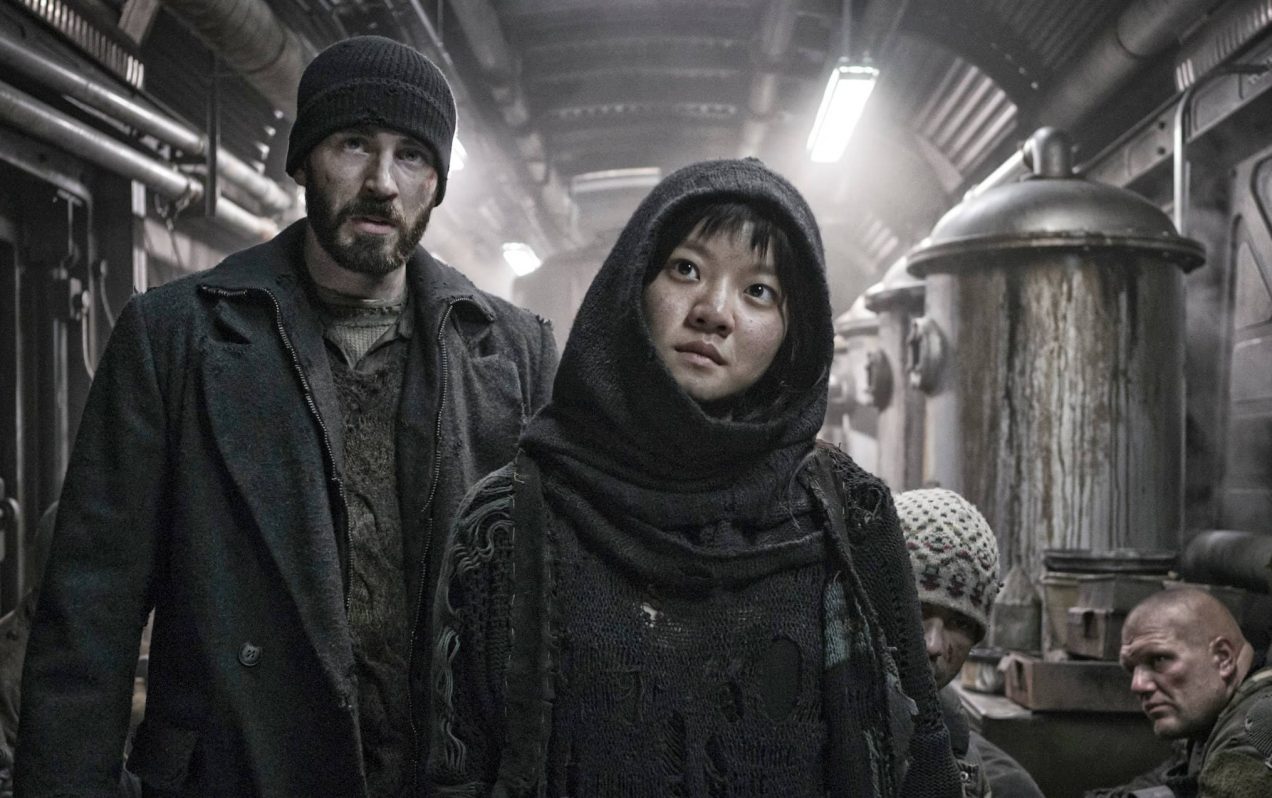 For many years before the breakthrough mainstream success of his all-conquering Parasite, Korean director Bong Joon-ho was already a firm favourite with Asian film fans around the world following the likes of Memories of Murder, The Host and Mother. Unsurprisingly, anticipation was incredibly high back in 2013 for his latest film Snowpiercer, based on the French graphic novel series Le Transperceneige from Jacques Lob and Jean-Marc Rochette, and marking his English language debut. Excitement grew further as it was announced that the film would team Bong regular and top Korean star Song Kang-ho with an impressive list of big name western talent including Chris Evans, Ed Harris, Tilda Swinton and John Hurt, with the film having a budget of over USD$40 million, massive by the standards of the Korean industry.

Sadly, despite receiving excellent reviews during its initial festival tour and overseas screenings, audiences in the UK and the US were frustrated by delays to the official release of Snowpiercer, primarily due to Harvey Weinstein, whose The Weinstein Company acquired the distribution rights from CJ Entertainment, and who demanded cuts of some twenty minutes and the addition of a voiceover to make the film more palatable to western English language audiences. This resulted in an outcry from film lovers, and eventually, the film did receive a very limited release in certain arthouse cinemas. By this time, the film had already become available on DVD in Korea, Hong Kong and other international territories, meaning that many Bong fans had already imported it, albeit with mixed and infuriating subtitling due to the film being mostly in English – as such, although Snowpiercer had previously been available on streaming services, the film now at last being released on a comprehensive new Blu Ray by Lionsgate feels for UK audiences like the final chapter in what has been an incredibly long and convoluted release saga.

The film is set in the future, after an experiment to end global warming has resulted in a new ice age which has killed almost the entire population of the earth, the survivors packed onto a huge train which travels the surface of the frozen planet in a loop. Life on the train is strictly divided by class, with the lower-class passengers packed into the back where they live in squalor, while the upper-class passengers live in opulent luxury in the head. After several failed revolutions, a new uprising begins, led by Chris Evans’ Curtis, who receives mysterious messages telling him to free a security specialist called Minsoo (Song Kang-ho), whose help he will need as he leads the other passengers through the train. As they push forwards, they encounter brutal guards led by Minister Mason (Tilda Swinton), the second in command of the train’s creator Wilford (Ed Harris), who awaits the arrival of Curtis as he tends to the all-important perpetual-motion engine.

For anyone who did go down the route of importing Snowpiercer on DVD some years back, this new release is something of a revelation. This is immediately apparent during the opening act, with most of the action set in the dark and dingy tail of the train, this new edition really bringing out the incredibly detailed look and design of the sets, something which, as with all Bong’s films, is very much a key part of the film. The subtitles are similarly a huge benefit for viewers who previously had to switch between languages, and there’s a real relief at being able to sit back and properly watch the sequences which mix Korean and English without having to try and decipher the dialogue.

As to where Snowpiercer stands in Bong’s filmography is an interesting question, though it’s certainly no more of a commercial work for having been a co-production and for having been shot in English. While the film does fall back on his usual concerns of class and societal divisions, here quite literally, it does explore other philosophical questions in a fascinating, often surreal manner and against a suitably offbeat dystopian backdrop, shot through with dark humour. It’s an efficient, fast-moving and thrilling affair, perhaps too much so, in that the train never feels particularly long, with Curtis’ journey taking place almost in real-time and only seeming to take a couple of hours from the tail to the head. This is a minor point, and one which Bong mostly manages to distract from, partly through some surprisingly vicious and violent action scenes, the film having a harder edge than his other works, and a genuinely nasty streak when it comes to the deaths of sympathetic characters. The cast are uniformly excellent, and as well as Song Kang-ho impressing, Tilda Swinton has a standout role as the bizarre Minister Mason, and Chris Evans does a solid job as the initially heroic Curtis, adding shades of grey to his character as the film progresses.

Although Snowpiercer ultimately doesn’t really make much sense, it’s a gorgeously mounted film, and works very well both as a thriller and as a fantastical musing on class, society and existence in Bong Joon-ho’s usual style. It’s great to see the film finally available in a proper UK release, perhaps allowing it to now take a more formal place in the ongoing post-Parasite discussions and arguments as to which of Bong’s works is top dog.

Snowpiercer is released on Blu-ray and DVD from 25 May 2020 from Lionsgate UK.

One thought on “Snowpiercer”