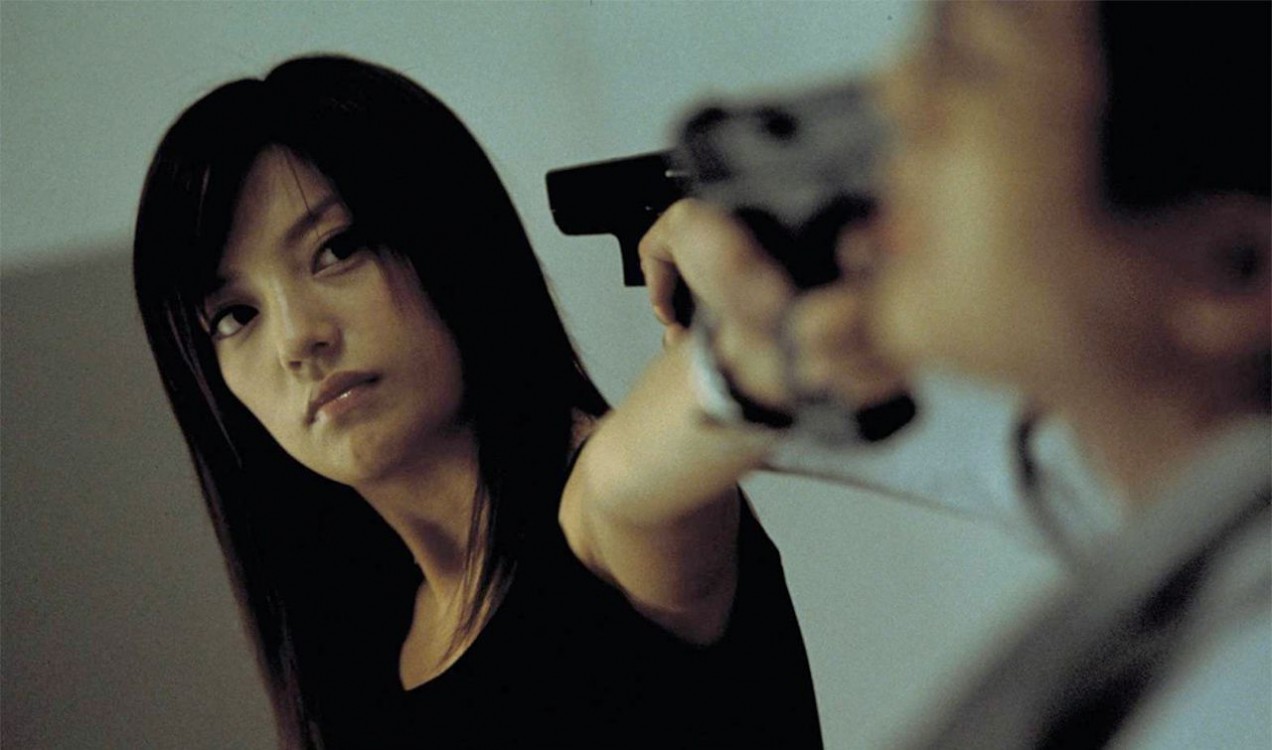 Corey Yuen, director of Fong Sai Yuk, The Avenging Fist and Saviour of the Soul, and action choreographer on nearly every western Jet Li movie of late, including Kiss Of The Dragon, The One and Romeo Must Die takes the helm on this superb action thriller.

Shu Qi (The Transporter, Beijing Rocks, City Of Glass) and Zhao Wei (Shaolin Soccer, The Duel) are Lynn and Sue, both sisters and hi-tech assassins. On their latest hit they’ve fabricated both a computer virus and it’s cure, just to gain access to a high powered businessman in his impenetrable, well guarded skyscraper as the ‘Computer Angel’ (no in joke there!). He may think he’s protected behind his solid glass screen, as Lynn dispatches his guard whilst suspended from the ceiling by a retractable hook from her high heels. Until she informs him the sunglasses she left on his desk have enough cyanide to take out a train. Lynn makes her getaway while Sue, the electronics wizard of the team, jams the security communications system with ‘(They Long To Be) Close To You’ – set against some great action scenes with Lynn taking out the guards kneecaps. Making good her escape by she propels herself off the top of the building with only two hooks to let her down. And that’s just the first ten minutes…

Fate dealt the sisters a cruel blow when their family was killed when their father discovered a way to plug into every CCTV on the planet. Her life spared by one of the killers, Lynn decided they should use his technology to follow the assassins route. When an accidental meeting gives Lynn a second chance at a romance and a normal life, however, she decides it might be time to hang up her sniper rifle. Sue feels otherwise, and decides to take one last contract on her own.

Enter Kong Yat-hong (Karen Mok, Black Mask, Shaolin Soccer), a police inspector determined to get to bottom of the assassins identity. Inevitably their paths cross, and in a crowded lift of all places. But when Lynn and Sue’s employer both betrays them and attempts to hit Hong too, this puts assassin and cop on the same side… leading to the mother of all finales against the businessman’s henchmen!

Taking the central themes of John Woo’s The Killer and the Pang brothers Bangkok Dangerous, Corey Yuen and first time scripter Jeff Lau have brought them up-to-date with a bang, and a lesbian subtext. (A recurring theme for Corey, and something of a mickey take on the male bonding at the crux of so many Asian action movies – particualrly John Woo’s.) It returns Corey Yuen to form of Fong Sai Yuk with the best Hong Kong film of 2002. This has some of his most innovative action scenes in years, full of the kind of complexity that makes his choreography work in the west seem like childs play in comparison. He’s obviously been keeping some cards up his sleeve. Scenes over lofty walkways and stairwells make full use of their vertigo inducing environment, while the inventive use of high heels knows no bounds. And for once the good guys do run out of bullets. Unlike The Avenging Fist computer effects enhance rather than confuse the action. Corey makes full use of his glamourous leads, though that often tends to involve various states of undress, slow motion and general dampness – mind you, who’s complaining?

Star of and quite literally Gorgeous Shu Qi leaves behind her increasingly annoying cute, girlish performances of late to play a convincingly tough killer – and she’s never been sexier. Nor have her co-stars Zhao Wei and Karen Mok. All of whom perform their martial arts with enough nerve to persuade you they can really kick ass. Hardly a surprise the blokes rarely get a look in, being either the drippy romantic, foolish sidekick or bad guy cannon fodder. Only Yasuaki Kurata (Eastern Condors, Fist Of Legend The Seventh Curse), as the most formidable henchman, makes any lasting impression.

Aside from numerous playings of ‘Close To You’, the soundtrack from Sam Kao and Kenjo Tan pumps out enjoyable dance beats and Karen Mok herself performs a couple of songs (including the theme tune You, whilst Cinematographer Venus Keung and editor Cheung Ka-Fei match music video cool with speedy action.

Having missed my chance to see this in Hong Kong and bought an unwatchable bootleg DVD in China, I couldn’t wait to see this movie! It was definitely worth the wait. Fantastic from start to finish – now if only they could make action movies like this in the west?

One hell of a good transfer, but NO special features whatsoever. Funnily enough though, the trailers for BOTH Charlies Angels films have been included.