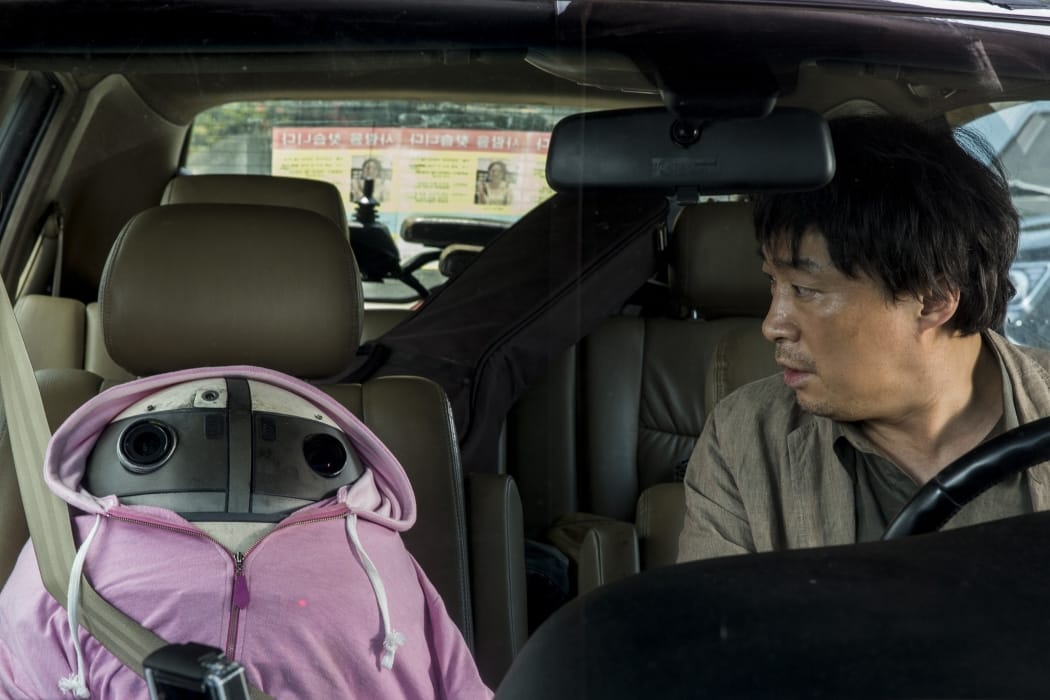 A quirkily premised fantasy drama bound to pull at the heartstrings…

A quirkily premised fantasy drama about an NSA satellite that falls to Earth to help a father find his lost daughter, Sori: Voice From The Heart has unsurprisingly gained some comparisons to Spielberg. It marks a return to directing for Lee Ho-jae, whose last film was his debut, stock market thriller The Scam in 2009. Though he’s hardly been unoccupied since, with short films and contributing to the script of Lee Won-suk’s surprise success How To Use Guys With Secret Tips. With a wonderful central performance by Lee Sung-min, better known for supporting roles in The Piper and The Attorney, Sori is bound to pull at the heart strings.

The story concerns S19, a NSA spying satellite with the ability to recognise any voice and match that to intricate detail about a person. When the robot is responsible for a devastating drone attack on innocents, it develops a conscience and decides to drop to Earth repeating the phrase ‘I must help find her’. Crash landing off the islands near Incheon, the remains of the satellite, now a roughly the size of a dustbin, are discovered by Hae-gwan (Lee Sung-min) a father who is following the latest dead end lead to find his daughter –reported dead some 10 years earlier during an underground train station fire but her body was never found.

Still barely functioning, he believes it could be the key to his daughter’s whereabouts, taking it to his friend Goo-Cheol (Kim Won-Hae, Sunny, Hide and Seek), a wheelchair-bound electronic whiz. He fixes up S19, adding a (Korean made) Voiceware that he proudly proclaims ‘as used by the smartest wheelchair man on the Earth, Stephen Hawking!’ As S19 develops a personality, it decides it is a girl, because it chooses a pink hoodie in a shop as a disguise, and is named ‘Sori’ – the Korean for sound.

This oddest of odd couples discover old friends and acquaintances from his daughter’s past, as a distraught Hae-gwan begins to understand just how little he new about the young woman she had grown into. However, the NSA are after the robot and the information it contains, as are NSI agent Jin-Ho (Lee Hee-Joon, Haemoo, The Flu) and KARI scientist Ji-Yeon (Lee Ha-Nui, Behind the Camera, I am the King), though the latter’s sympathies are far more with Hae-gwan’s quest than they are with any government trying to cover up its dirty secrets.

Director and co-writer Lee Ho-jae’s (with Lee So-young) film focuses on Hae-gwan’s story and the relationship between him and the droid, building a real character around little Sori, with a tactile design that has more of an old school R2-D2 charm than CGI effects. There’s easily more than a little E.T. The Extraterrestrial, hence those comparisons, mixed with elements of Short Circuit and Chappie too.

Lee Sung-min makes an affecting lead as Hae-gwan, struggling to come to terms with how little he knew of his daughter. Uncovering a recording she made, the underground singer that recorded it tells him, ‘I’m sure you didn’t know, but she had talent.’ Outraged, he exclaims how he brought her up for 20 years. But within this idea comes an interesting juxtaposition with national and even global notions of privacy, from a robot that has listened to and can access every phone conversation made, to the CCTV that surrounds us at every corner. Lee Ho-jae doesn’t dwell on these thoughts, but leaves them there for us to think about at certain points, such as when Ji-Yeon’s movements have been caught on camera by the NIS.

The ensemble cast is strong, giving life to characters that are largely perfunctory and undeveloped, particularly Lee Ha-Nui and Lee Hee-Joon. It’s only the Western actors, so required for the plotline, that fall predictably flat, taking you out of the film as you cringe.

There are weaknesses to the script too, and it’s not the science fiction! Many of the friends and acquaintances that Hae-gwan discovers seem such obvious starting points, that you wonder how someone as desperate as him didn’t start there in the first place? That the film leads to a confrontation between NSA and NIS forces, with Hae-gwan and Sori stuck in the middle, is wholly predictable, following very much the formula of those aforementioned films.

And yet Lee Ho-jae definitely wraps you up in the plotline and keeps you routing for Hae-gwan to find his daughter. Without giving too much away, don’t expect a glossy Hollywood style happy ending, but something far more profound and touching.

Sori: Voice From The Heart screens as the final film of the 18th Udine Far East Film Festival 2016 on 30th April.

One thought on “Sori: Voice From The Heart”