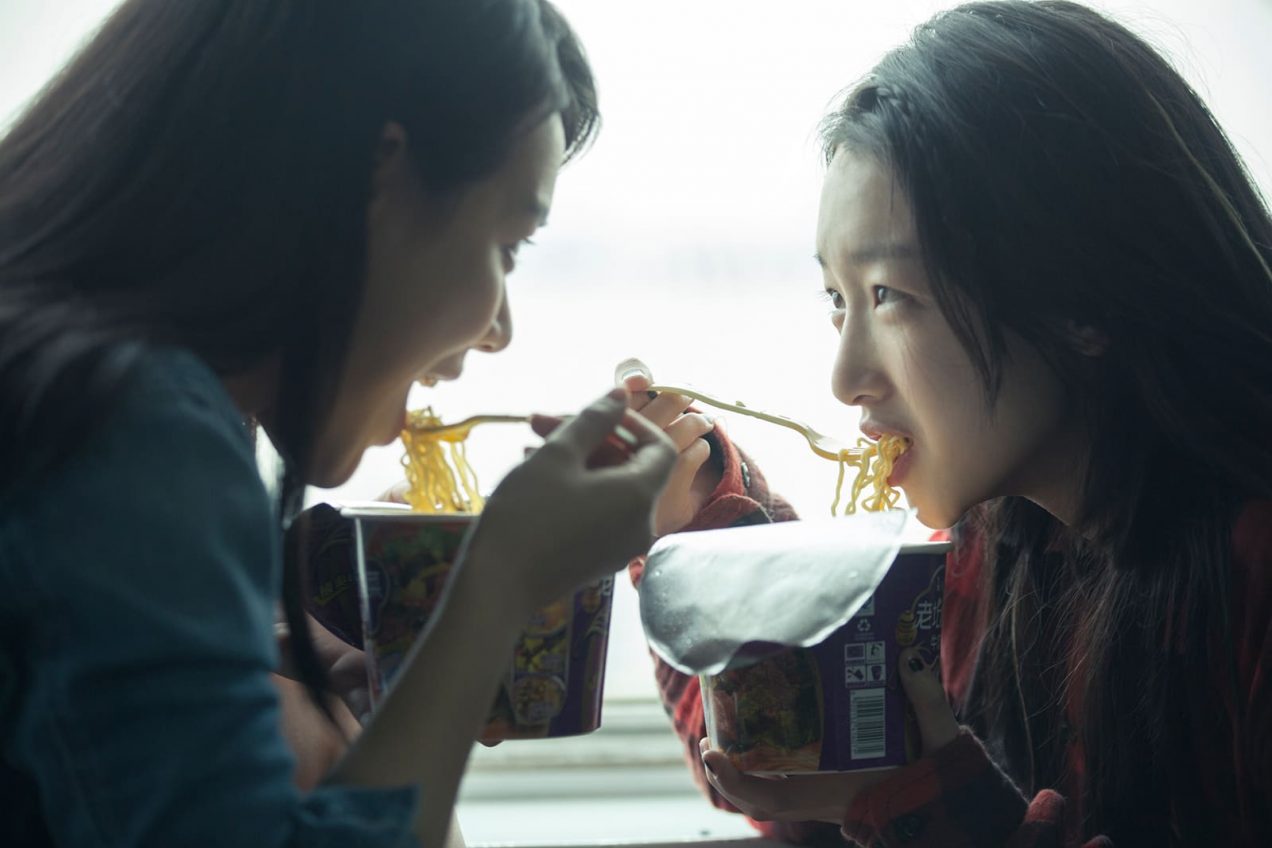 Two teenage girls, July and Ansen, meet and become close friends, sharing everything with each other. They seem to be soul mates, destined to be best friends forever. But as they grow older, adult life begins to intervene, threatening to create rifts between them.

Soul Mate is a lyrical, moving meditation on friendship, love, and life which shows Hong Kong-based director Derek Tsang raising his filmmaking to a new level. Although its not especially deep, and doesn’t try to tackle any serious social issues, Soul Mate offers engaging and enriching drama.

The story of childhood friends falling out as they grow up is fairly standard stuff, but the treatment of it here is excellent. The film tells the story of the girls’ youth in a series of flashbacks, the adult Ansen reading a novel about them that July has written. Whilst this kind of framing device is also fairly common, it is used to great effect here.

Soul Mate is well scripted with some great lines and nice pacing: at times drifting along dreamily, at other times rushing forward, full of the youthful energy of its characters, the drama flowing from one powerful scene to the next. It does a great job of showing the gradual developments in the relationship between the two girls as they move towards adulthood. We see the two girls having dinner with July’s parents when they first meet, sharing food and secrets with each other, and then see another similar dinner when they are older and divisions have already started to emerge between them.

Sharing is an idea running through the story. As the two girls start high school, handsome fellow student Su Jia Ming (Toby Lee) enters their lives – adding a third wheel to their friendship which threatens to upset the balance between them. Romantic relationships, they find, are something which they cannot share in the same way as other things.

In a great scene, July introduces her boyfriend Su Jia Ming to Ansen. Ansen must pretend she is meeting him for the first time, even though she already went to seek him out and vet whether he was suitable for her friend. As they talk in the bar, it gradually dawns on Ansen that Su Jia Ming might take July away from her. She reacts to this by arguing with him and flinging out some really biting lines. Another nice scene shows the two friends at the railway station, July saying goodbye to Ansen who is leaving for Beijing. In the style of classic, romantic railway station parting scenes, Tsang really ramps up the emotion – tears streaming down the two girls’ cheeks as the train shuffles out of the station and drags the two of them apart. But then Tsang cleverly adds an extra plot twist to this classic scenario.

Both the main characters are well acted, with Zhou Dongyu capturing Ansen’s feisty, free-spirited nature and Sichun Ma presenting July’s contrasting conservatism and sensitivity. From the start, there is believable chemistry between the two girls, so that we buy into the way they bond and become such good friends. Each actress also does a good job of showing how their character responds to the continual shifts in the two girls friendships, offering little facial cues about what they’re thinking.

Whilst not overly arty in its filmmaking, Soul Mate succeeds in presenting some interesting shots, such as one at the start which shows the two schoolgirls running home in the rain. This is not a film showing the gritty realities of urban China, but instead a cleaner and more colourful backdrop to the girls’ story. The early school scenes have a tone reminiscent of You Are The Apple Of My Eye.

Like that film, there is something intensely nostalgic about Soul Mate’s depiction of youth, but here this is combined with an exploration of friendship which arguably makes it even more moving. Although occasionally becoming slightly saccharine, overall Soul Mate is an excellent and engaging film that more than holds its own against anything Hollywood is churning out these days.