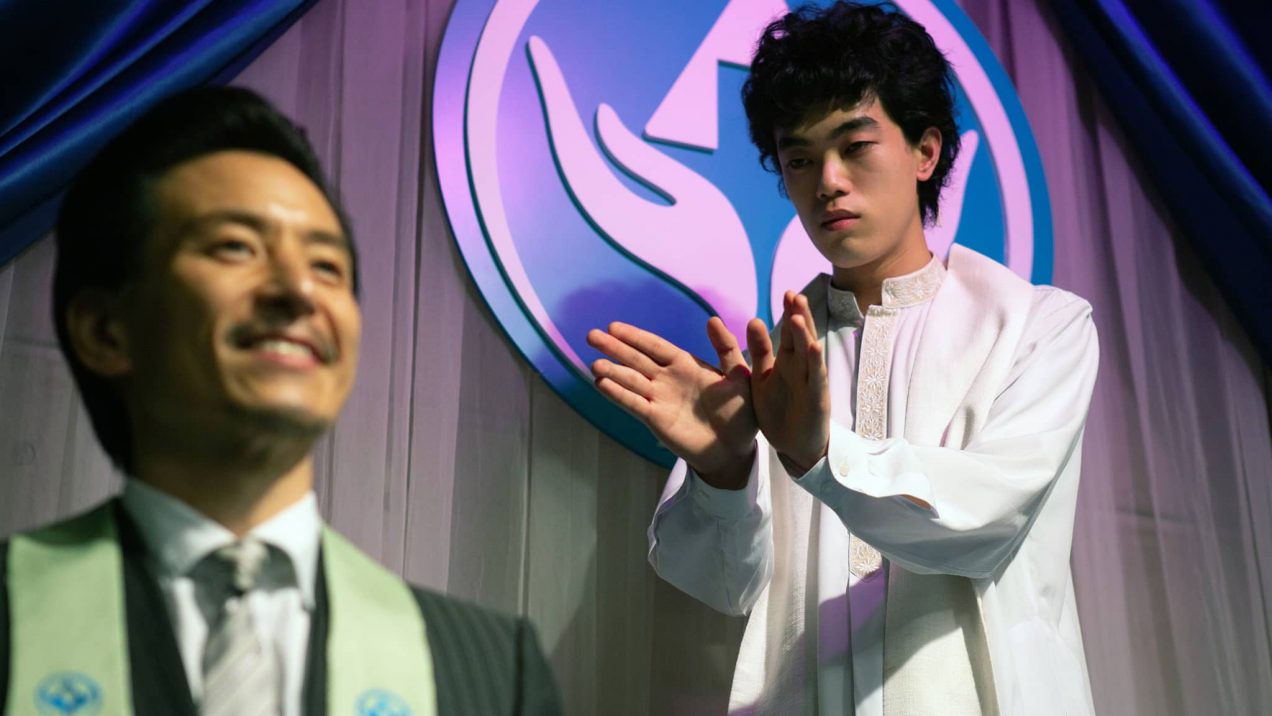 After One Cut of the Dead, Ueda Shinichiro’s latest is more straightforward but no less funny…

One Cut of the Dead was a phenomenon that took the world by storm. The low-budget film by Ueda Shinichiro picked up awards and praise all over the world, including being named the number one film of the year at easternKicks. One Cut of the Dead soared straight overall expectations and became the most successful in Japanese film history. So, of course, the next film Ueda would make, would become highly anticipated. Which is not exactly fair to his newest film, Special Actors, which can hardly live up to its predecessor. The reception in Asia so far has been mostly lukewarm. Even if it does end becoming equally successful, it will always be the movie that came after One Cut of the Dead and thus lack the surprise factor of that film and its success story.

Special Actors is less surprising in other ways: it’s a far more straightforward comedy without the meta twists of One Cut of the Dead. But its story shares a similar spirit, of people of various walks of life coming together to create something beautiful. In this case, that something is exposing a fraudulent cult, dedicated to a god who came from Jupiter. Celebrations for his 8,396,825,800th birthday are on the way, and their aim is to dupe one of their members into signing over her recently deceased parents’ inn to them. Her younger sister hires the ‘Special Actors’ to infiltrate the sect and expose their lies before the inn is sold.

The Special Actors are a bunch of misfits who failed to make it in movies or theatre, but now act in real situations: they get hired to laugh at a movie during a test screening, or to cry at a funeral. Until the big assignment to save the inn comes in, which will be a true test for our hero, Kazuto. His dreams of becoming an actor have been thwarted by a condition that makes him faint whenever he feels stressed or pressured. During auditions, for instance. But it is the strange movements and facial expressions he makes when he’s near fainting that of course will be crucial for the success of their mission.

Special Actors is a more loosely plotted, broader comedy than One Cut of the Dead. It’s similarly a low budget affair, with mostly amateur actors (with whom the script was heavily workshopped before filming) playing amateur actors. The line between what’s real and what isn’t gets blurred several times by and for the actors. Especially for Kazuto, who gets to work out his personal issues through the acting/infiltration process. His backstory remains a bit vague, however, and as a result, his development is not as inspiring or moving as that of several characters in One Cut of the Dead. So while Special Actors ultimately lacks the rousing emotional payoff, its final set-piece is just as hilarious. And also happens to involve a surprising amount of fake blood.

In its own way Special Actors is an attempt to do for (amateur) theatre what Ueda’s previous film did for low-budget filmmaking. Not being an (amateur) theatre production (Ueda’s roots), it doesn’t have the meta layers One Cut of the Dead did. It will probably also not have the same worldwide impact as that film had, but taken on its own merits, Special Actors works just fine as a more than decent comedy, which is at times very funny indeed.

Special Actors screened as part of the International Film Festival Rotterdam 2020, and as part of Japan Cuts 2020: Festival of New Japanese Film, running from July 17 to 30.

This year Japan Cuts will be online only and available to viewers through the US, read more on their website.