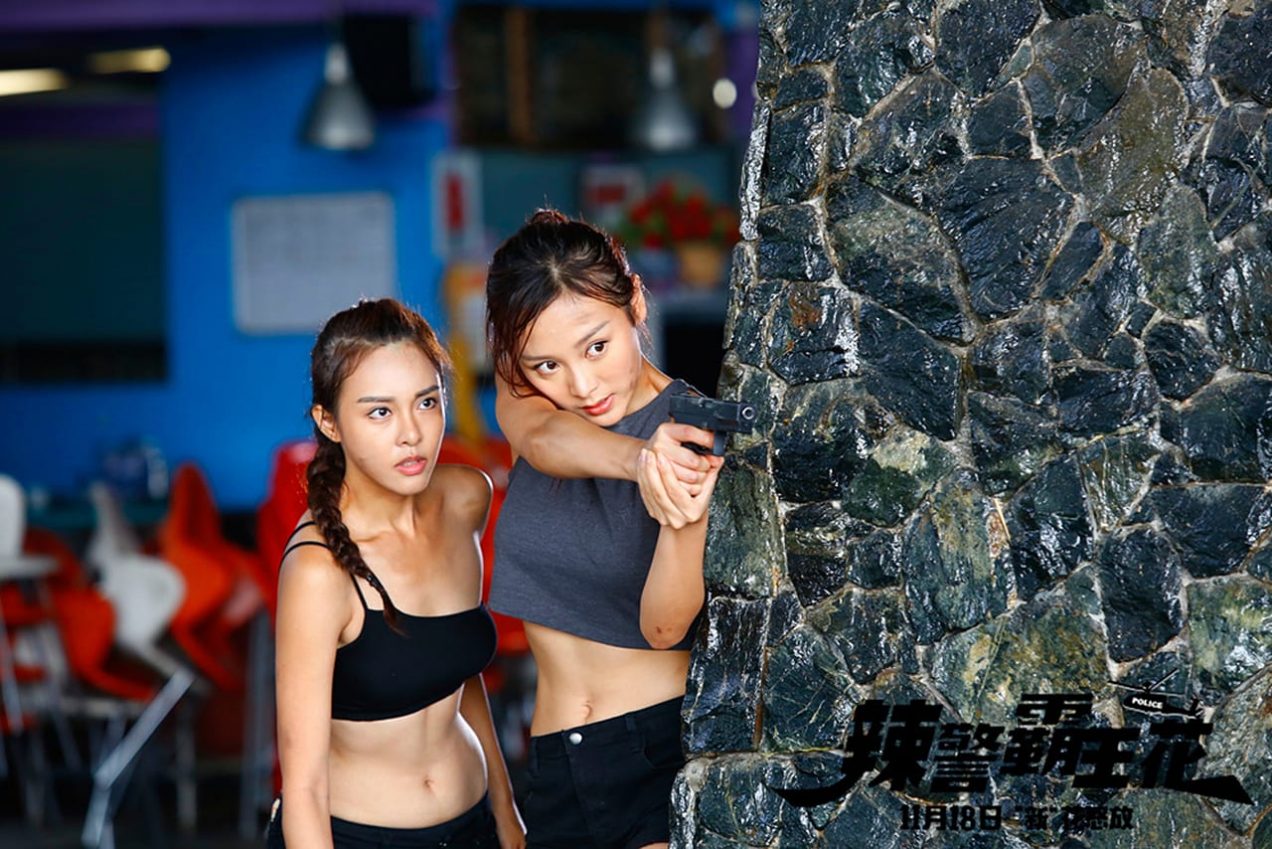 The film opens with the Female Task Force (Stephy Tang, Shirley Yeung, Hazel Tong, Jessica C, Rose Chan and Margiela Kwok in cameo appearances) being wiped out while on a dangerous mission in Thailand to bring down an evil terrorist nicknamed The President. Twenty years later, the plot picks up with Fa (Eliza Sam), the daughter of one of the original members joining the Female Task Force training academy, where she gets teamed up with Honey (Joyce Cheng), Tung (Jeana Ho), Cat (Cathryn Lee), Ling (Anita Chui) and Ho (Mandy Ho). After some initial friction, the girls eventually become friends while undergoing harsh regimes and competing with other students under the stern eye of Madam Fong (Jay Leung). Once their training is over, the new Female Task Force members are sent on a deadly mission to Malaysia, which brings them up against The President, leading to carnage and lots of bikini-wearing.

Anyone who has seen the Lan Kwai Fong films should have a very good idea what to expect from Special Female Force, and Wilson Chin certainly doesn’t waste time in getting down to business, the opening scenes being packed with attractive young women in bikinis shooting guns, fighting and getting stabbed. From here, the film progresses exactly as expected, with a plot as flimsy as the costumes its cast seem to always be on the verge of, but never quite falling out of, Chin being far more interested in schlocky set pieces then any kind of dramatic narrative. The same is very much true of the entirely stereotypical characters, the ensemble group being made up of the comedy relief overweight girl, the masculine bad-ass girl, the ditzy one with large breasts, the possibly lesbian one, and so on. Though the cast are all perfectly likeable, none stand out, and the film’s pacing is variable at best, meaning that many viewers will likely find their attention wandering despite Chin’s best efforts to dazzle with eye candy.

Still, Special Female Force is a film clearly made with a definite audience demographic in mind, and to be fair it does offer a respectable level of exploitative, though wholly unpretentious entertainment. While there’s no actual nudity, Chin really goes overboard with the cleavage shots, and the film verges on fantasy cosplay at times, the girls’ wardrobes not being even remotely practical for taking down bad guys or engaging in unconvincing martial arts battles. There’s plenty of action throughout, from shoot outs through to clichéd training scenes, and the film does get pretty violent in places, especially during the opening sequence, which features some vicious knifework. Sadly, this is undermined by some terrible CGI fake blood, robbing the film of any real visceral impact, and giving it a cartoon-like feel which prevents it having the kind of gritty edge that would helped lift it up a notch or two.

Even without reading this review, most viewers probably know in advance whether or not they want to watch Special Female Force, and, for those who care, it’s a film which doesn’t disappoint. While by no means actually a good film, Wilson Chin knows exactly what he’s doing, serving up a cheerfully daft slice of almost-sleaze, and anyone content to simply gaze at the scenery will probably have a pretty good time.