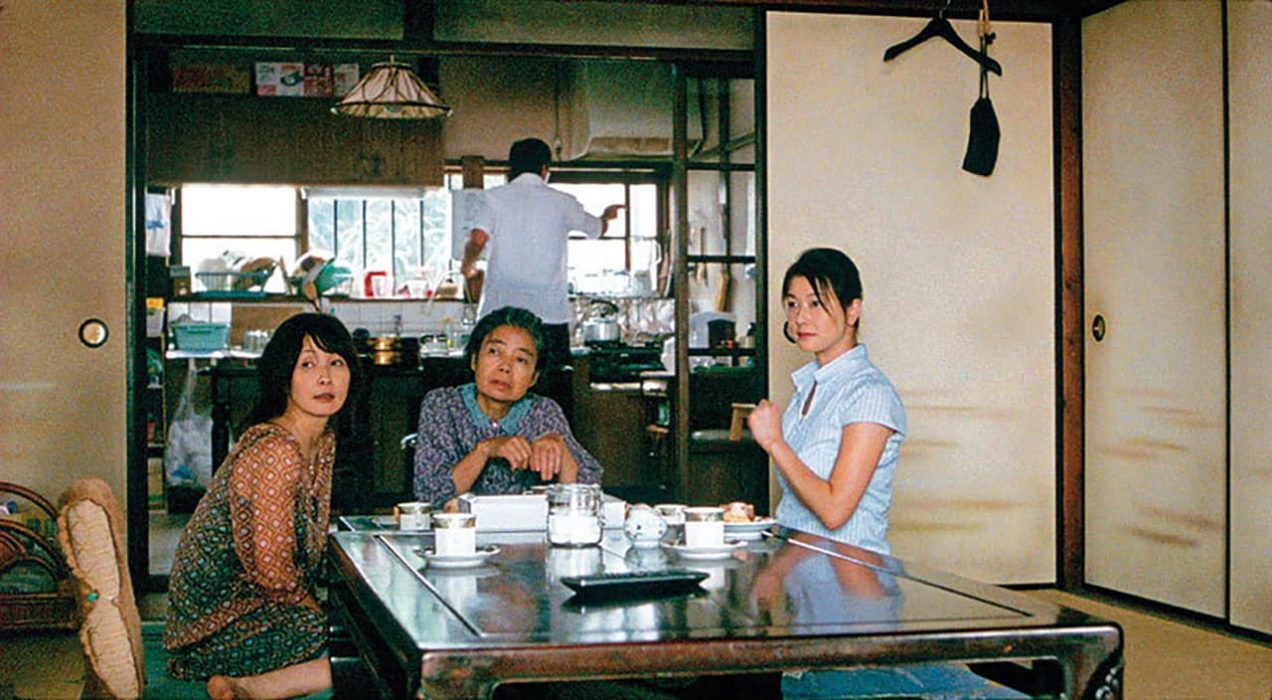 If Hirokazu Kore-eda were a painter he would be a master of realism, his subjects not landscapes or assortments of objects but meaningful yet stark family portraits. His triumph of subtly Still Walking renders the most serene yet captivating display of nuance and nothingness that I may have ever seen.

The story follows Ryota Yokoyama as he goes back home to visit his parents for the anniversary of his brother’s death. He brings along his wife and her child, her being a widow and the child being the deceased husband’s. Although their relationship is merely a peripheral cause for complex social taboo and familial intrigue, in an array of other intricate disapprovals and disappointments. Ryota’s parents are not plagued by the decisions of their living children but paralyzed by the loss of their dead son, and his legacy left unfulfilled.

Brilliantly played by the masterful Kirin Kiki (Shoplifters, After the Storm), Ryota’s mother seems to be constantly in a sort of melancholic trance, trying always to keep herself busy cooking and cleaning while thinking rarely about the gravity of the things she says. Ryota’s father is played by Yoshio Harada, an actor known for his roles as rebellious loners in samurai and yakuza films (Onibi, 9 Souls). Conversely, in this film, he is the retired village doctor, now left without a purpose and without an heir, as his dead son was set to inherit the town’s only clinic which for him was his greatest pride and joy. One of the first things we hear in the film is that Ryota’s father still insists on being called “doctor”, although already long retired. The elderly couple lives contemplating how to live in the midst of overbearing regret and remorse. Their daughter, played impressively by You (Nobody Knows, Terrace House), and her family, only think of the parent’s house and how soon they can move in and make it their own. Ryota, played by the brilliant Kore-eda regular Hiroshi Abe (After the Storm, Chocolate) is far more consumed by how to make his new family unlike his old one, and how to be the loving and supportive father that he never had.

The story plays out through a series of masterfully realistic scenes of mundane everyday activities, where gossip and self-directed mutterings expertly craft a powerful narrative into seemingly unimportant events. In many ways, one can argue that absolutely nothing happens in Kore-eda’s Still Walking, but one can say the same thing about most of the lives of the average viewer as well. Still Walking reveals just how much happens within that nothing, a vortex of irrational emotional complexes, wrestling with the pressure of societal structures, all within a unique hierarchy of familial trauma, habitually enamelled with idealized aspirations, that is Kore-eda’s nothing. Still Walking is really challenging, and I mean that in the most complimentary way. Most films leave the viewer with one or two themes to contemplate, but this utter triumph leaves you contemplating the totality of life itself. One finds that every scene in this work of art has another swell of thoughts to provoke, all leading up to a cathartic rumination that can last for weeks.

For those familiar with Kore-eda’s other work, we know that he has two questions always on his mind: how does death affect life? (After Life, Still Walking, Nobody Knows) And what does it really mean to be a family? (Shoplifters, Like Father Like Son, After the Storm). Still walking is an absolute seminar on these quandaries, not to be missed by anyone who enjoys tough existential questions, wrapped in spellbinding cinema, minus unnecessary gimmicks and showmanship. One of the better movies I have ever seen, and wouldn’t dare watching it just once.

Still Walking is included as part of the BFI ‘Of Flesh and Blood: The Cinema of Hirokazu Kore-eda’ set, which also includes Maborosi (1995), After Life (1998) and Nobody Knows (2004), all released on UK Blu-ray for the first time.