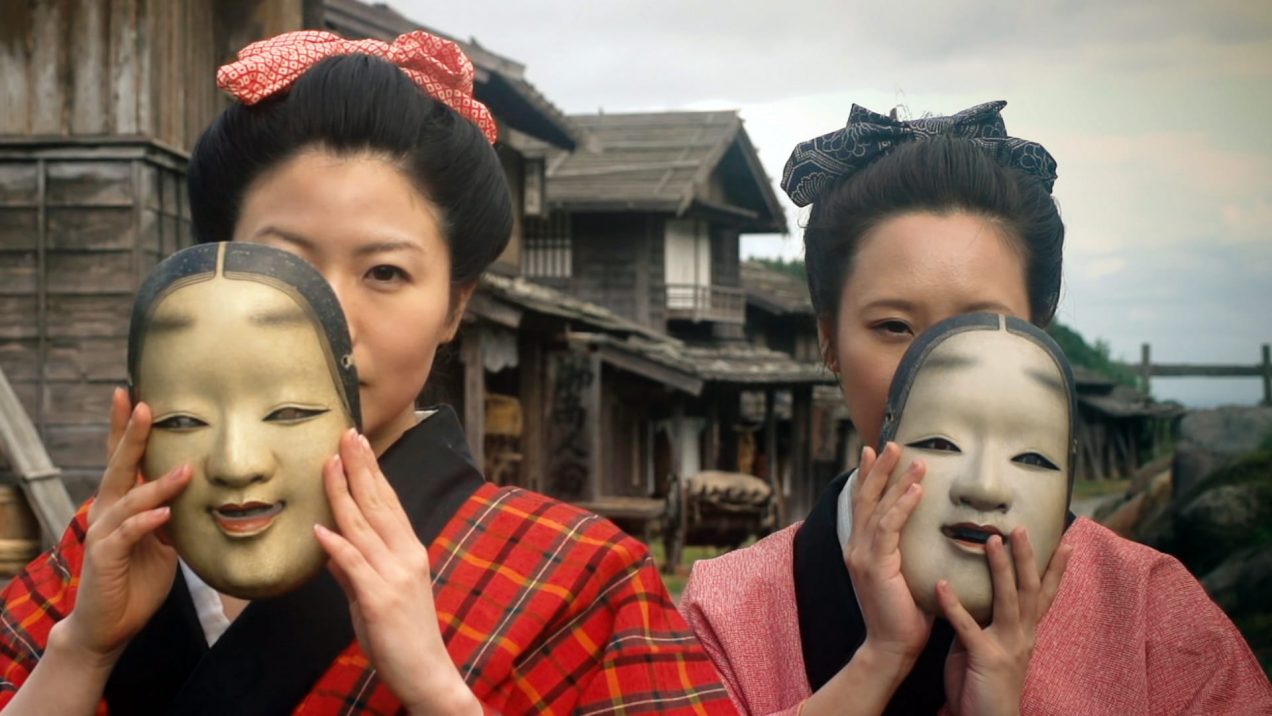 Young Japanese writer director Norihiro Iwatsukino makes his debut with Suffering of Ninko, a film that’s very difficult to categorise, mixing erotica, folklore and the supernatural and employing an array of artistic and experimental techniques. The film was very much a labour of love, being partially crowd-funded, and with Iwatsukino also serving as producer, editor, animator and visual effects supervisor, and has proved popular on the international festival circuit, playing at a number of events around the world.

Masato Tsujioka (a Shin’ya Tsukamoto regular, having appeared in A Snake of June, Vital and others) plays the titular Ninko, a young monk undergoing training at Enmeiji temple who, through no fault of his own, is irresistible to both men and women, the ladies of the town throwing themselves at him when he goes out, and gay brother monks lusting after him. Conflicted and tortured by having to suppress his own desires, Ninko goes to the forest to meditate, where he meets a strange girl wearing a mask (Reina Yukara), their encounter causing him to hallucinate and fall into a fevered dream. More confused than ever, he becomes a wanderer, and ends up in Akatsuki village, where he agrees to team up with a ronin called Kanzo (Hideta Iwaishi) to try and free the area of Yama-onna (Miho Wakabayashi, A Bride for Rip Van Winkle), an evil spectre who has been seducing men and draining their life force.

Visually, there’s really nothing quite like Suffering of Ninko, Norihiro Iwatsukino pulling out all the stops when it comes to working in as many different techniques as possible, clearly having been influenced by his time studying art and making use of animation, woodblock prints, erotic artworks and traditional Japanese painting. Impressively, he manages to weave these seamlessly together with the live action footage, and the film has a unique, almost psychedelic look and feel that’s both creative and exciting, if eccentric and frequently bizarre. Although the low budget does show in places, there’s an obvious craftsmanship and talent at work here, and Iwatsukino stands out from other young and first time filmmakers as having a distinctive vision of his own.

While the film does feature a lot of nudity and sex, it’d be a stretch to call it a pink film, despite its short running time and low budget. With voice-over narration from Qyoko Kudo, it instead has the feel of a feverish piece of folklore, a morality (or perhaps anti-morality) tale which essentially follows Ninko as he is tormented by temptation and the transformation this eventually brings in him. The supernatural elements of the plot are fun, and Iwatsukino manages a few interesting twists on the usual tale of a virginal young monk or scholar being enticed by a winsome female spirit, and it’s certainly possible to read into the film some commentary on gender roles and the nature of desire. This having been said, it’s perhaps a film best not over-analysed, since in narrative terms it makes little sense, and though its plot does have a beginning, middle and end, it’s by no means a traditional affair, possibly on purpose, possibly not. Whichever is the case, given its length and visual focus this isn’t much of a problem, and most viewers are likely to be far too distracted by its wild artistry to ponder its many inconsistencies.

It’s really quite rare to come across something genuinely original these days, and so it’s easy enough to forgive Suffering of Ninko some of its less successful aspects. Norihiro Iwatsukino has made a bold and striking debut, and though the film certainly isn’t for everyone, being undeniably outlandish even by the standards of Japanese cult indie cinema, open minded viewers should find a lot to enjoy.

Suffering of Ninko screened as part of the New York Asian Film Festival 2017, and is released on Dual Format (Blu-ray and DVD) by Third Window Films on 23 July 2018.

2 thoughts on “Suffering of Ninko”