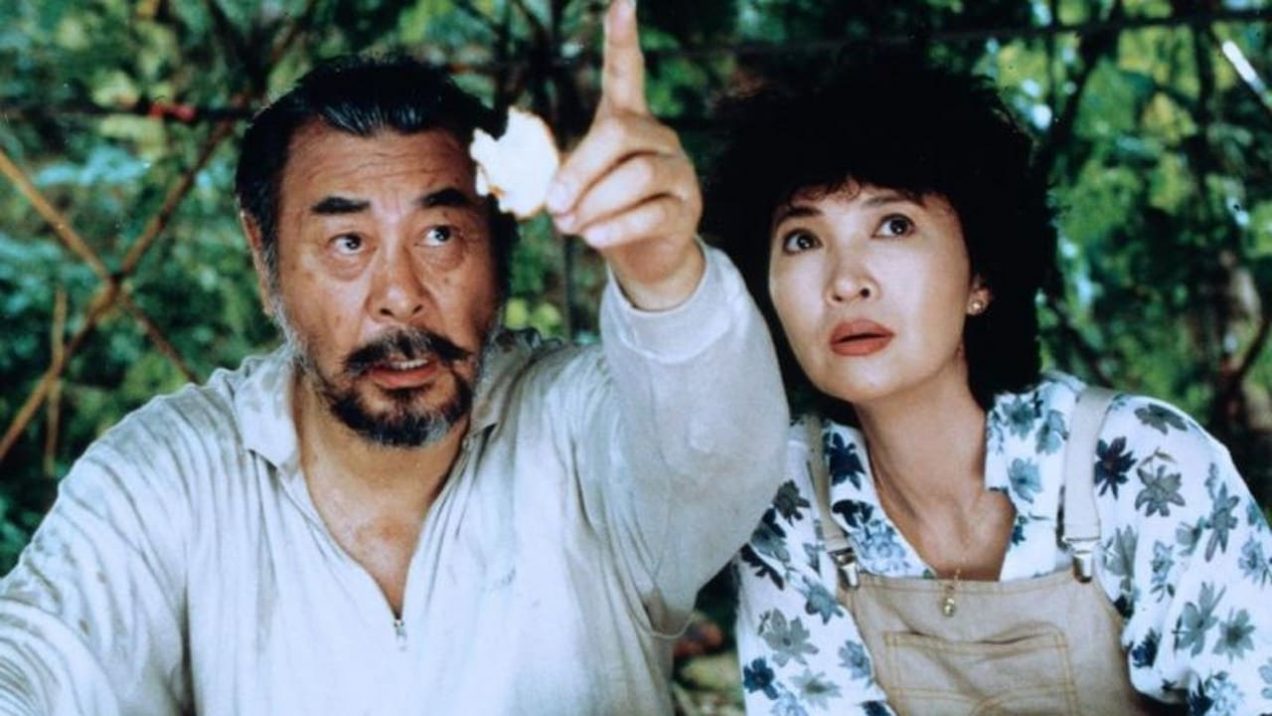 Family dramas are a wonderful way to frame a story in order to make it both funny and heartwarming. Every viewer can sympathise with the idea of a familial relationship and the struggles that come with it. It’s within this examination that through trying to discover a sense of truth, a filmmaker can try to tap into this common understanding to give the audience something to laugh at as well as feel an affinity for.

Director Ann Hui occasionally finds brilliant moments of clarity in Summer Snow, a domestic comedy that would seem to make light of Alzheimer’s disease, but the comedy itself verges on slapstick in its early stages, meaning that film may have lost the audience somewhat before it changes its emotional tack.

The story is simple enough; May (Josephine Siao, Fong Sai Yuk) struggles to hold her family together after her mother-in-law dies and her father-in-law (Roy Chiao, A Touch Of Zen) is diagnosed with Alzheimer’s, meaning that he reverts to his state of mind when he was a fighter pilot. Overworked and under-supported, she tries to find some sense of unity within her family before it all falls apart.

The story itself holds no surprises, and is very easy to follow, but the fact that a good portion of the comedy revolves around the mental condition of the father-in-law can feel uncomfortable to the modern viewer. One can definitely feel uneasy in certain scenes, because regardless of whether or not Summer Snow features an accurate portrayal of Alzheimer’s, there is very much the feeling that as the audience, we are laughing unsympathetically at the father-in-law.

That’s not to say that all of the comedy fails, Siao and Chiao both do a fantastic job at physical comedy, performing the sight gags with wonderful timing to raise more than a few chuckles. The scenes when May is at the office, outperforming everyone there whilst still being at the bottom of the company ladder are particularly rich in easy-to-understand comedy. Hui is also not above using the simple gag of a man falling off a balcony to raise the roof. The comedy is simple, but therein lies the charm for the most part.

However, as a comedy drama, Summer Snow is a film of two halves, starting out as a comedy, and ending as a deeply touching family drama. The two never find middle ground, and instead opts for cracking a joke one second before moving swiftly onto a moving speech about spending time with those we love. This means that there are quite a few jarring moments during which time the viewer must work out whether the next scene is supposed to be funny or powerful.

This dissonance is most unfortunate, because the last twenty minutes pull the film together into a truly wonderful meditation on how we value family. Hui changes from her mainly static shots to some fluid pans, moving languidly around a long-time married couple saying what may be their last words to one another. From there Summer Snow doesn’t put a foot wrong; the shot choice is exquisite, the dialogue beautiful without being overly flowery, and the performances utterly out of this world. There is absolutely nothing that would improve the ending.

But that’s the tragedy of Summer Snow, not only is it a film of two halves in terms of tone, but the visual comedy of the first half an hour is so much at odds with the poignancy of the final twenty minutes that they cease to feel like they’re from the same film. Of course, the early part of the film is necessary to give the audience a feeling for the characters that they will eventually care so much for at the ending, but Hui has created such a Frankenstein of a film that the characters are the only things that are consistent.

It’s with a heavy heart that I can’t rate this higher, Summer Snow has a lot of wasted potential, but unlike a lot of films of which you could say the same, it manages to deliver on the potential at a point when it matters most. I don’t know whether one can claim that Summer Snow is completely worth it for the ending, but for a film that will make you laugh and cry, albeit with a lot of cognitive dissonance, you could do a lot worse. It also holds some of that 90s Hong Kong charm with some frankly horrendous dub work that can get very distracting at times.

Summer Snow can act as a beautiful reminder that family is one of the things most worth saving, cherishing, and reconciling with if necessary. It’s also a film that tries to find comedy in a debilitating mental condition and misses the mark, so don’t be surprised if when you watch it, you can only half recommend it to anyone, I find myself with the same problem.