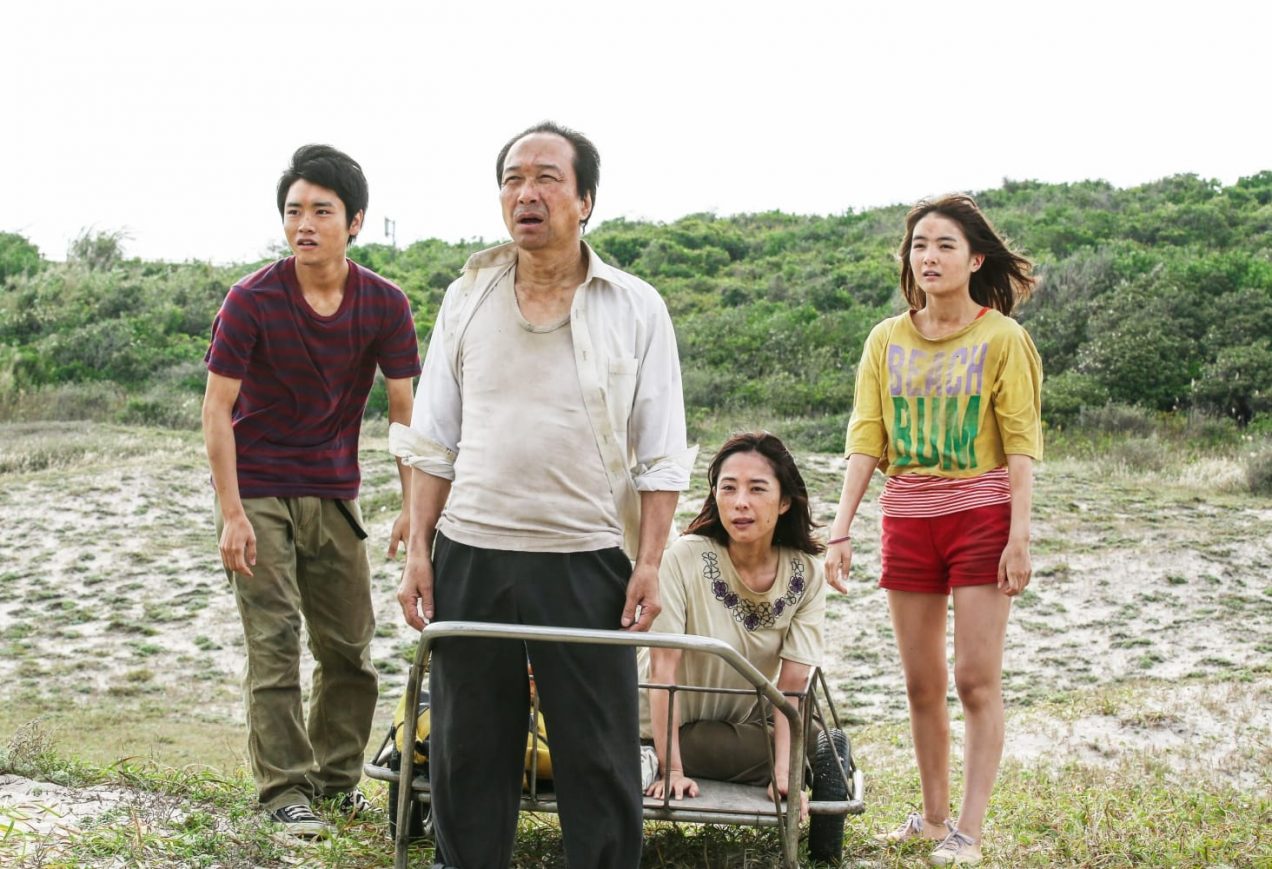 A global electrical blackout halts the world, with one family forced to learn how to survive the digital apocalypse…

Family life is both too easy, and fiendishly difficult, living in the modern age of technology. With one hand you can pop frozen food into the microwave or turn a tap for water, whilst with the other you can type on a phone and ignore the people that matter most around you. Director Shinobu Yaguchi uses Survival Family to explore the dynamics inside of a family unit when questioning, “what happens if every convenience in life is taken away?”.

Taking an almost whimsical, laid-back approach to the end of modern society as we know it, Survival Family follows businessman Yoshiyuki (Fumiyo Kohinata) and his family surviving in Tokyo and beyond. Their daughter Yue (Wakana Aoi) is precocious and glued to her phone, whilst son Kenji (Yuki Izumisawa) prefers to buy takeaway food and blast music through his headphones than eating and talking with his family. Meanwhile mother Mitsue (Eri Fukatsu) misses her father who lives on the other side of Japan in Kagoshima, whilst she also screams at the frozen parcels of freshly caught fish he regularly sends in the mail, refusing to even harm the animals once dead and serve them for food. As the blackout hits, we’re treated to hilarious scenes of the bicycle market prices skyrocketing, people fighting for water in all sorts of situations, communities springing up amongst neighbours and housing estates, and society itself crumbling apart as communication and convenience are stripped away. Quickly everyone flees to the countryside and minor villages to (not only find food and water but also) avoid the subsequent looting and scavenging in a capital city of dwindling resources.

Similar to other survival fiction classics, on par with Robinson Crusoe for example, Survival Family is more concerned with relations and the morality of society crumbling, than spectacle and action surrounding the slow, starving (or quickly stabbed) death of the global population. What happens when your phone no longer works, what do you pack to travel on a long journey, how exactly do you barter for resources and goods in a society where money is immaterial? The struggle of the family to do even the most basic things in the environment, such as boiling water or failing to pack waterproof jackets, is part of the charm of Survival Family as an audience we also grow in knowledge and skill alongside the Suzuki family. Choices such as eating catfood for dinner in latter scenes show a resourcefulness that was nonexistent previously for the characters, and their character growth is all the better once the digital trappings of society are discarded. Indeed all the characters become not only more tolerable and pleasant, but actually talk to one another and get along better in the apocalypse, alongside becoming more ‘worldly’ and honed in their skills to rely and survive in life off their own back. The biggest indicator of this character growth is a lengthy scene on a farm as they learn to capture and kill pigs, then are forced to gut and smoke it for eating. A once horrid task of murder in the opening scenes is now nothing more stressful than a shopping trip to Tescos.

The standout character of the film is the well-seasoned actor Fumiyo Kohinata. Flying seamlessly between roles of confidence and insufferability, to patheticness and finally competent fatherhood in his protection of the family, Kohinata’s father character is the defining part of Survival Family. The camera work is equally brilliant, whilst not overtly detracting in movement and pinache, it is competant to tell the story on framing alone. The most lavish parts however are the set design, with hundreds of extras in certain scenes on desolate motorways, rubbish strewn for miles, and the abandoned filth of deceased crowds left behind to truly give the impression this is more a documentary of the end of days in Tokyo, and not just a mere fictional film.

WARNING: ENDING SPOILERS FROM HERE ON…

Asides all my praise for Survival Family, all the character growth, the expensive set design and interesting script, there are also downfalls. The family is far too ignorant in their ways, and coming from a society which lives on rice it seems equally suspect that nobody knows to boil water from the wild rivers in order to kill off bacteria. Perhaps as a scout leader I’m just judgemental of other survivalists and their skills, however I get the feeling that most people in society are a lot better than Survival Family makes out, the only fictional ‘dramatic spectacle’ in the film coming from the clueless nature of the four Japanese survivors. If im honest, I also feel the ending was a complete cop-out, and there would have been better scope in exploring the continuing decline and survival of society than reverting back to the status quo. What happened to the lessons learnt? Why travel across the country for 100 days just to leave granddad behind after the power comes back? How do these feudal villages and settlements get along, do people communicate? And why exactly was there a battalion of soldiers exploring nuclear power plants in the apocalypse, does some form of government still exist that we don’t see through the ignorance of the characters?

All this and more are questions that Survival Family leave hanging in the air, however I still think it’s a great film that’s definitely worth watching. The cast get on incredibly well, there’s evidently been care and love put into the set design and ensuring the apocalypse feels realistic. By the end of the film, it really feels like the Suzuki family has learnt how to survive on their own in the digital apocalypse.

One thought on “Survival Family”