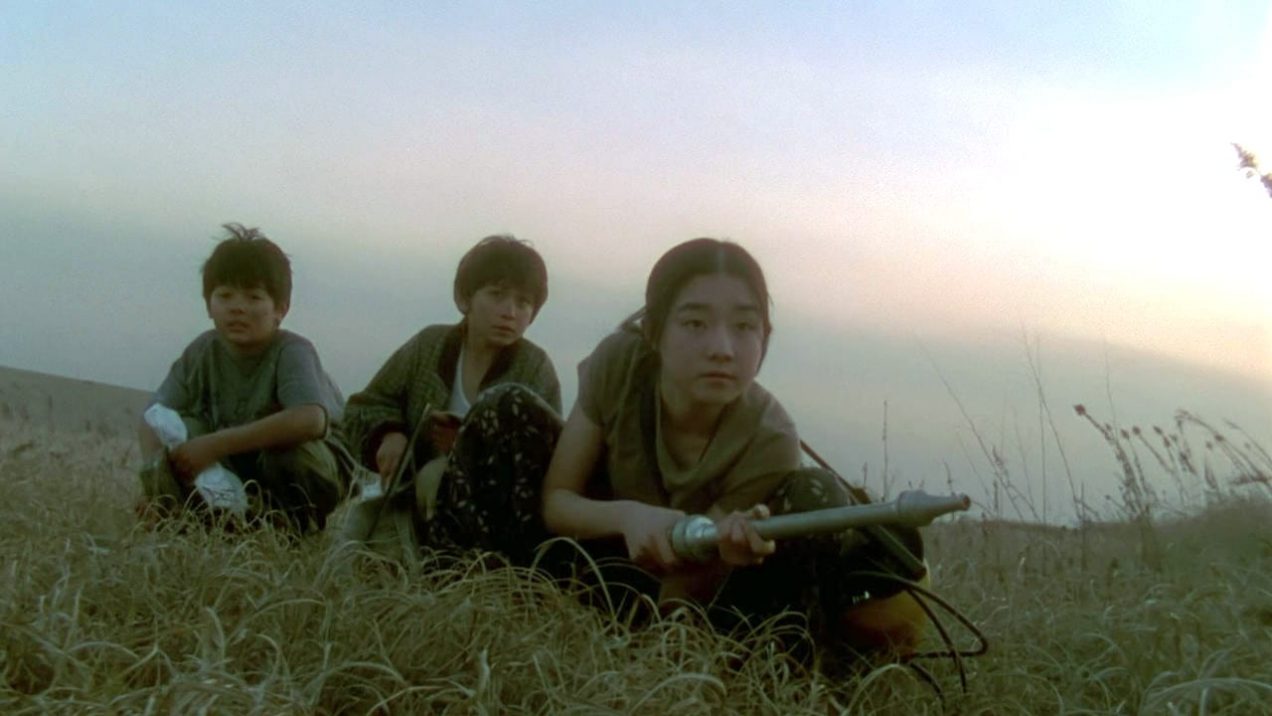 Lingers somewhere between art-house, exploitation, dystopia and drama, but gets lost along the way…

At an unspecified point in the future, the Japanese yen has become the strongest currency in the world. The fact has drawn many immigrants to Tokyo, to work there legally or illegally. The immigrants have given Tokyo the name Yen Town, but the Japanese despise the title as much as the immigrants, whom they also call Yentowns. The story revolves around a 16-year old girl, whose mother passes out, leaving her alone in Yen Town. Eventually, she ends up with a prostitute named Glico, who gives her the name Ageha (the Japanese word for swallowtail butterfly), and meets a bunch of immigrant petty criminals and misfits, including Ran, a mercenary for the Americans, and Fei Hong, a conman who is also Glico’s lover. All of them act as Ageha’s guardians, preventing her from associating with any kind of crime. Their lives flow in poorness, until one of them discovers a way to forge Yen, and suddenly all of them become rich. Their fate, though, is not paved with roses.

Shunji Iwai (Hana and Alice, All About Lily Chou-Chou) directs and pens a very peculiar film, trying to fit in a number of genres and notions through symbolism. In that fashion, there are elements of exploitation, dystopia, action, and crime thriller, although the one that permeates the film is definitely drama, with all of the characters having a tragic background. Furthermore, he tries to make comments regarding immigration, multiculturalism and the concept of money, but, as his focus leans towards style rather than context, none of them is fully materialised, and the script ends up being quite confusing. This sense of confusion is stressed by the surrealism of the script, with the death of the rapist and the final confrontation being a clear example, and the fact that there are Japanese actors speaking only English or Chinese, and Western actors speaking only Japanese (both of which are never good things). The various subplots, however, are quite elaborate in their presentation, particularly the one revolving around an audio cassette with a recording of Frank Sinatra’s “My Way,” and the one that deals with Glico’s ascent to stardom. They just do not seem to be connected with each other, resulting in a rather disjointed outcome. Violence and grotesqueness are also present, but the exploitation elements are confined in a few scenes, and do not a have a large impact in the general aesthetics.

The acting is very hard to describe, due to the language “tricks” I mentioned, the plethora of secondary roles, and the fact that most of the cast perform their roles as if they were under the influence of drugs or alcohol. However Chara as Glico is utterly sensual but does not speak much, as does Ayumi Ito as Ageha and even more Atsuro Watanabe as Ran. Probably the best performance comes from Hiroshi Mikami, who plays Fei Hong emitting optimism and happiness even when he is tortured by the police.

Technically, Noboru Shinoda uses extensively hand held photography, which gives the film an intense “shaky” feeling at times, and combines it with many jump cuts and freeze frames. All of his techniques result in music-video aesthetics, with long, unnecessary sequences, whose sole purpose seems to be to promote Chara’s singing abilities. This tactic becomes quite tedious during the middle of the film, where these sequences are continuous. The editing is on par with the rest of the film, and that means that it intensifies the confusion the overall story creates.

Swallowtail Butterfly is a beautiful film that suffers much from its extended duration and the fact that Iwai tried to include many more elements than he actually could.

Swallowtail Butterfly screens as part of the New York Asian Film Festival 2016 (NYAFF), with Shunji Iwai’s latest film A Bride for Rip Van Winkle. Read all our reviews and coverage of #NYAFF2016.