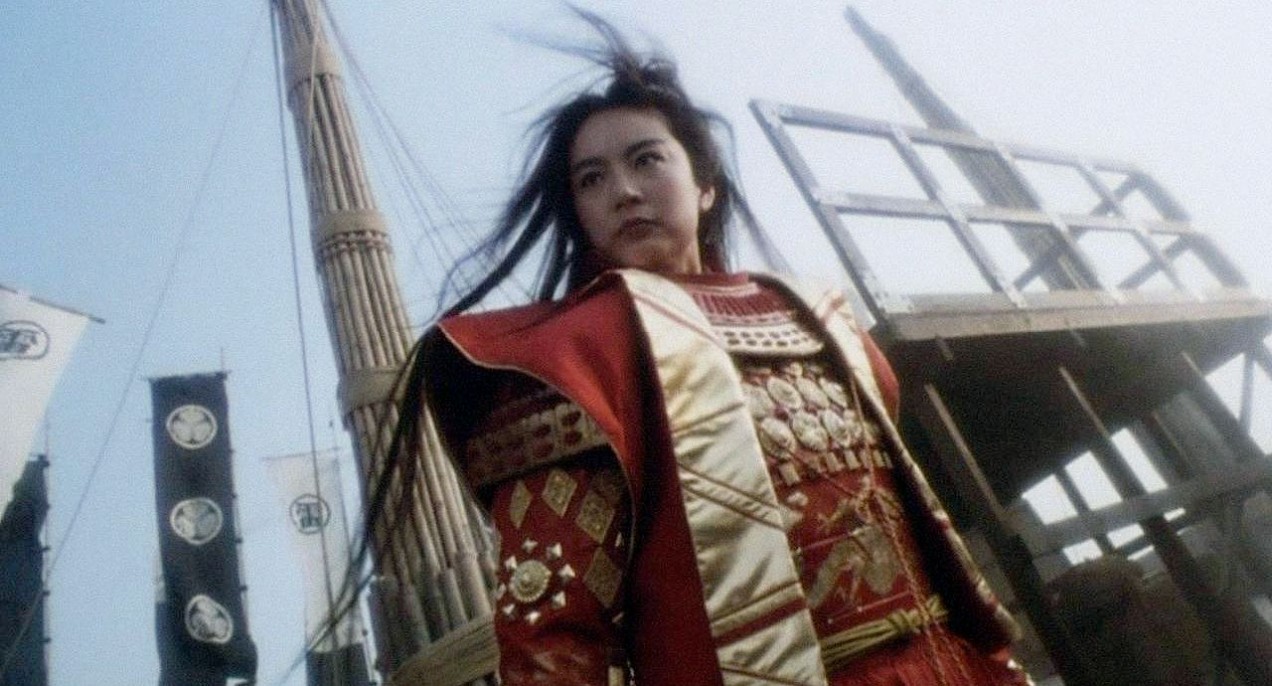 With Swordsman II producer Tsai Hark jettisoned the original cast and much of Louis Cha’s original source material and left Ching Siu-tung to his own devices. The result, though messy and hardly a martial arts vehicle for it’s star Jet Li, is one of the last truly inspired and utterly over the top outings for it’s director until Zhang Yimou unleashed the budgets for him to go even further on Hero and Curse of the Golden Flower.

Unsurprisingly it was the character of Asia the Invincible, played with wonderful gusto by Brigette Lin, who made the most lasting impression as a martial artist who has hacked off his own manhood in order to become more powerful. (Thus enabling a hilarious subplot wherein our hero, having fallen for the enticing Lin, is fooled into believing he has made out with her, er, him.)

Resurrected from her fatal fall from the Black Cliff at the end of the previous film, she is persuaded to reclaim her title from impostors by Chinese government official Gu-cheong Fong (Yu Rong-guang, Iron Monkey, Musa the Warrior, Taxi Hunter). At first Asia is appalled by the evil committed in her name, but soon her power overwhelms her and she decides to once again to set her, er, his sights on dominance of China. And only Fong can stop, er, him, but has he befallen the same conceit?

A collaboration between directors Siu-tung and Raymond Lee, the film suffers from neither their nor their screenwriters, Hanson Chan, Tang Pik-yin and producer Tsui Hark’s minds being enough on the job from this being a messy affair. It has neither the ambition of its original predecessor nor the spectacle of its more immediate precursor to distract you from its many flaws.

The cast also includes Joey Wang (A Chinese Ghost Story I and II, God of Gamblers) and Eddy Ko (Heroes Shed No Tears, The Peacock King). (Hilariously, the reprise of the last film before the title manages to edit out Jet Li completely, presumably for contractual reasons.)

Ching Siu-ting’s set pieces, though suitably barmy, are just not up to the standard of Swordsman II, or those on Raymond Lee’s Dragon Gate Inn that same year. (Though to be fair the explosion of ‘wire-fu’ backed wuxia movies in the early 90s must have made him a very busy man!)

No doubt a product of a rushed production, there’s no natural flow to the storytelling as one scene simply begets another. Not uncommon for film of this period, but The East Is Red seems to fall victim to it greatly, particularly in one sequence that leaps from Fong dispatching his aid to the middle, and losing end, of his battle with Asia.

The US / Hong Kong release is listed as some 13/4 minutes longer. Though no reference to alternative or longer versions have been made, it would be nice to think that perhaps a more complete version of the film exists, though there seems to be a lot of confusion between DVD releases of this and Swordsman II.

At its heart, some interesting themes about exploitation of legends (or even fame) are lost in the confused muddle of a script. Never one for political subtlety, producer Hark lays out much of the meaning of the film in its title and subject. As China itself is beset with attacks from Japan and Portugal, Asia ‘the invincible’ must come out of hiding. The film’s title itself, The East Is Red, comes from a song that became the anthem of the People’s Republic of China during the Cultural Revolution. Need I say more?

(And you can’t help but wonder if he had some ships left over from Once Upon A Time In China?)

Not a terrible film by any means, and always a joy to watch Brigette Lin, but not one for the uninitiated.

Okay transfer, with some defects, certainly better than the original HK DVD release.

Minimal extras add no more than an English language trailer, which is something of a curio in it’s own right. Featuring as much of Jet Li from Swordman II as it does Brigitte Lin from The East Is Red, it also manages to use footage of Rosamund Kwan after announcing Joey Wang. Nice one!