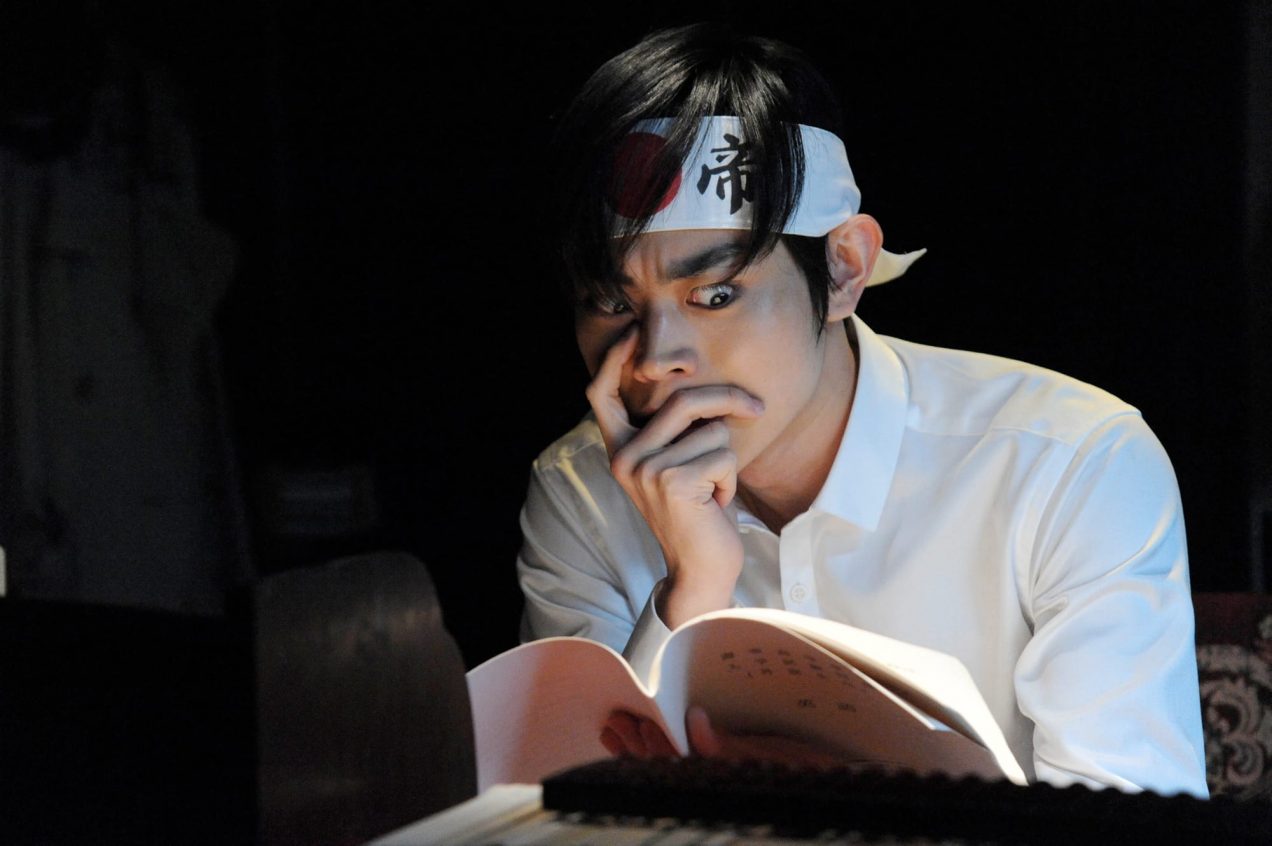 One of the best manga adaptations of the last few years…

Evidently, Japanese cinema at the moment is swamped in manga/anime adaptations, a number of which are of dubious quality, to say the least. However, among the plethora of similar productions, some manage to stand apart. Teiichi: Battle of Supreme High is one of those exceptions.

Based on a manga by Usamaru Furuya, the story takes place in the Showa era (1926-1989) and revolves around Teiichi, a high school student whose sole wish was just to play the piano, but after his father’s strict behaviour and a hit in the head, he decided to become the Prime Minister, and eventually to create an empire of his own. Having just been accepted to one of best schools in the country, a cradle of politicians, he starts paving the path to make his dream come true. With the help of his devoted (and in love with him) sidekick, Komei, Teiichi unashamedly becomes the “dog” of Roland, the extremely blonde chief-candidate for high school president. In his efforts, Teiichi has to face Kikuma, his rival since childhood, in a competition that has been going on since their father’s time, and Dan, a poor boy who tries to pay up his father’s debt and to take care of his sibling, and has become quite popular in school due to his prowess in sports, and his adamant character. Roland’s leading opponent is Okuto, a shogi genius who wants to change the way of the elections, into a more democratic procedure, including all the students and not just the members the council. As the race continues, intrigues, treacheries and shifting of sides take place, as the student’s parents also get involved in the game.

Teiichi: Battle of Supreme High includes a number of the elements of all manga adaptations seem to include, with the hyperbolic acting, the crude comedy and the abundance of motley colours and absurd characters. However, what makes the film stand apart is the way it presents school politics, in a fashion that lingers between a parody of the actual political situation in the country and an intricate game that keeps the tension to the last moment. At the same time, Akira Nagai analyzes his characters quite well, making a point of demonstrating that their father’s behaviour is the main reason for their scheming and corrupt behaviour. This element also symbolizes the fact that the issues with the current political system in Japan derive from the previous generation, who does not seem eager at all to let the new one “shine.”

Nagai implemented a rather theatrical style, particularly in the council meetings, that seem to benefit the general aesthetics of the film to the fullest. This style is implemented wonderfully by Masaki Suda (Death Note, Destruction Babies) who plays Teiichi, whose constant grandiose gestures and political cunningness are the main source of parody towards actual politicians. Jun Shison as Komei and Shuhei Nomura (Flying Colors) as Kikuma are the main sources of the crude jokes, with the first one mocking gay stereotypes and the second the concept of bullying. Shotaro Mamiya (Ushijima) as Roland is also quite good, with his character’s descent being one of the most impressive aspects of the film, while Ryoma Takeuchi represents the archetype of the “poor but honest” man, in a performance that benefits the most from his physique.

Another great aspect of Nagai’s direction lies with his ability to coordinate many actors simultaneously, a trait that produces some of the most impressive scenes in the film, as the one with the dance in the courtyard and the various ones where a plethora students are clapping or bowing together. Add to all the above the quite fast pace, the splendid set-design, and some grand SFX and you have the backbone of a film with very few faults.

Teiichi: Battle of Supreme High is a very entertaining film that manages to combine comedy with meaningful parody and politics, in a visually stunning package.

Teiichi: Battle of Supreme High screens as part of Japan Cuts 2017, which runs from 13-23rd July.