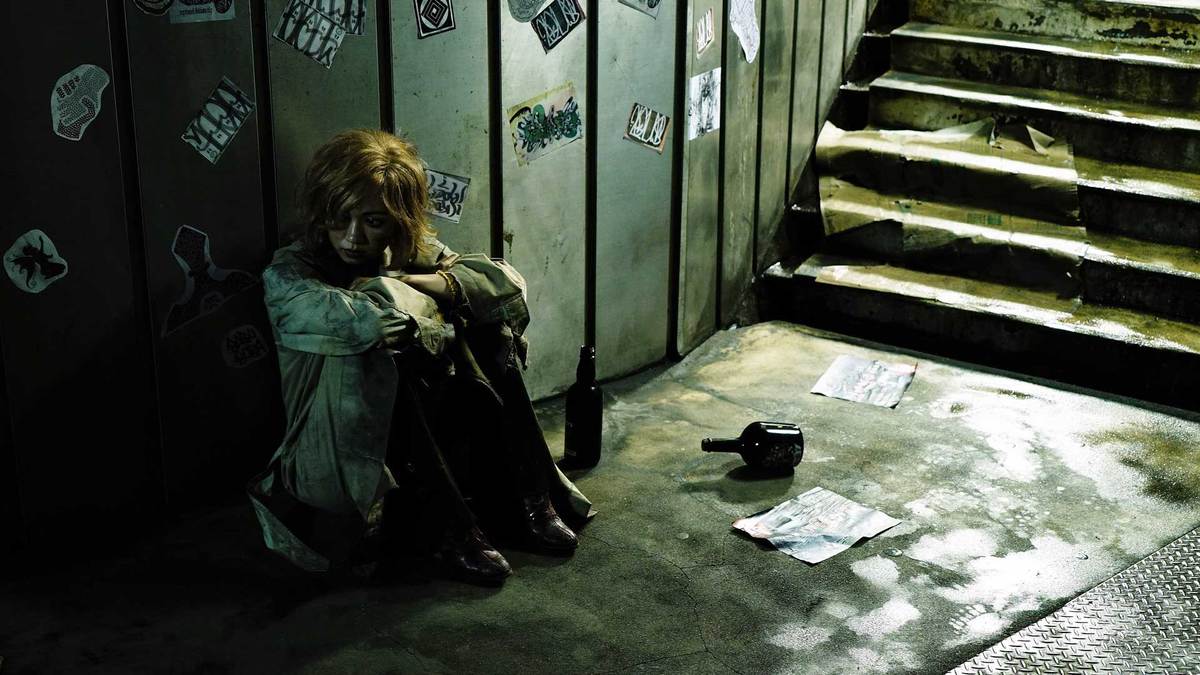 Tezuka Jr adapts Tezuka Sr’s legendary manga. The results: not quite so legendary…

The ‘artist falls in love with kooky woman who turns out to be too much for him’ plotline has been done plenty of times before – and any film brave enough to try that trick in the year of our lord twenty twenty really ought to bring something new and fresh to the table.

Unfortunately, Tezuka’s Barbara is not such a film. It threatens to be at times, with excellent surrealistic imagery and some truly nutzoid sequences, aided by Christopher Doyle on cinematography duties, but it just doesn’t lean into its weirdness hard enough to overcome pacing issues and dramatic inertness – Tezuka’s Barbara doesn’t do anything that other films haven’t already done better.

Tezuka’s Barbara follows writer Yosuke Mikura (pop star Gorô Inagaki), a novelist struggling with writer’s block who turns to writing erotica around the time he meets the titular Barbara (Fumi Nikaidô), drunk and alone on the streets – who turns out to be the most Manic, most Pixie, most Dream version of the Manic Pixie Dream Girl archetype going.

Elsewhere in Yosuke’s life it seems that women have a natural predilection for wanting to seduce him, leading Barbara to rescue him from some wild situations – early on Yosuke finds himself trapped with a killer shop assistant who morphs into a showroom dummy, and another incident sees him getting freaky with a woman who turns out be a shape-shifting Afghan hound. Just another day in the life right? Eventually, as our protagonist falls in love with Barbara, she begins to morph into a demonic succubus, draining him of energy and sinking him into a pit of despair. The film’s manga origins are evident in its surrealistic flights of imagination, with these scenes providing most of the highlights.

The fundamental issue is that, beneath that craziness, there really isn’t much going on here. It’s not convincing as a dissection of Yosuke’s possessive and toxic state of mind – a film that goes deep into how and why the writer is drawn so powerfully to Barbara would have flipped the overused plotline on its head, or at least utilised it in a stronger manner. The performances don’t really display the nuance needed to drive into those depths. At the other end of the spectrum, the film doesn’t do enough of the craziness either – it’s not nearly wild enough or passionate enough to level up to the manic energy required to sell this kind of lurid, pulpy, Pinku-eiga-drenched material (one wonders what Takashi Miike or Sion Sono would have done with this).

On the occasions where we do get some of that wildness, there are some searing images – demon mothers glowering at the screen, bizarre sex cults, apartments drowning in broken glass and trash, all aided by a sultry jazz score by Ichiko Hashimoto and Christopher Doyle’s imagery. It’s enough to sustain some short-term interest at least, although it’s likely to leave the memory quickly.

Tezuka’s Barbara screens as part of the Fantasia International Film Festival 2020, which runs from August 20 to September 2. You can find out more about the film on the official website.