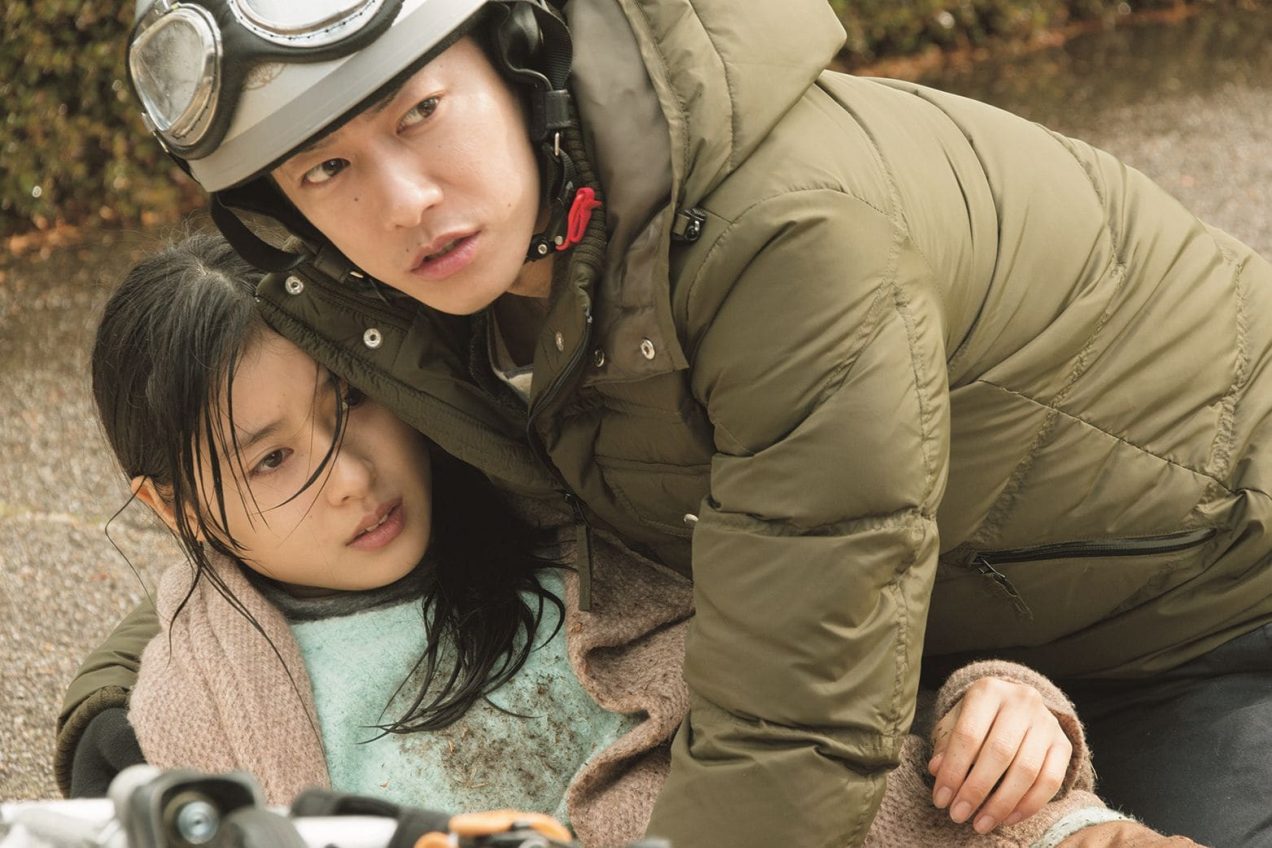 “Based on a true story” should strike fear into the hearts of moviegoers. Long the domain of the unscrupulous filmmaker who, bolting on plot points like a literary Frankenstein, fashion films that are emotionally manipulative but morally hollow. If a story was true and makes a good basis for a film, why change it to suit audience tastes and still cheat them with “Based on…”? The 8 Year Engagement is based on a true story but instead of having plot contrivances inserted, stays the course. Telling the story of Mai, a young woman who falls into a coma after becoming engaged to Hisashi a mechanic who waits for her to wake up, the film does more with its story and actors than the most skilfully jacked up Hollywood melodrama.

Directed by Takahisa Zeze, more famous for his soft-core Pink films of the 1990’s, the film charts the two main leads as they explore the boundaries of the story without melodrama. I’m not a big fan of Asian cinema, or cinema in general, forcing me to like two people because they’re meant to be together. Mai is played by Tao Tsuchiya and Hisashi played by Takeru Satoh and together, they both tell their own character arcs without the film resorting to such cheap tricks. We learn about how Hisashi is a very shy person but his best is brought out by Mai. The way Zeze plays the scenes where they are together, it feels natural and organic. Hisashi has a basic mechanics job at the start but it’s not until much later in the film that we learn why he is a mechanic. Instead of cutting to the chase and telling us, Zeze has us learn about Hisashi by watching him not by being told by a character until we learn how he came to be the person he was when Mai met him. When the worst happens, Hisashi’s small amount of happiness is destroyed but he forces himself to soldier on because the alternative is to face the world without Mai in it.

When such a concept comes up, Satoh plays the scenes brilliantly by formulating the idea in his head and then giving force to his opposition without compromising the character’s ethos. His scenes with Hiroko Yakushimaru who plays Mai’s mother are some of the best of the film. They naturally want to help and restore Mai but sometimes Mai’s mother doesn’t understand how far down the rabbit hole Hisashi is prepared to go. Tao Tsuchiya has the other powerhouse performance, having to play a girl who spends most of the film out of action. Thanks to some great makeup effects, she really looks destroyed by her body rebelling against her. Bloated and puffy looking, once she wakes up the film slowly brings the old Mai back as Tsuchiya peeks out from her curtain on the edge of the stage. Zeze rebuilds Mai onscreen at the expense of Hisashi who is being destroyed as he continues to wait. Later, the performance switches to Mai trying to understand the life she had with Hisashi that her parents can’t help her remember.

The film works as a romance because Zeze sets up that it’s Mai who sees in Hisashi something that makes her say yes. Then it’s Hisashi’s turn as the film puts up logical and correct barriers to he and Mai being together.  Satoh works at the character’s fundamental reason for living so much that he embodies that line by Kipling: “[…] hold on when there is nothing in you except the will which says to them: ‘Hold on!’” Finally ,the film has something to say about the nature of relationships and how they change you. While the Mai that emerges from her coma isn’t, and couldn’t be, the same Mai at the start, Hisashi isn’t the same even though he thinks he is. Without spoiling it for you, there’s a moment near the end of the second act where Hisashi realises that he’s changed both in his own eyes and in the eyes of others and makes a critical choice to save Mai and his own soul. But Zeze correctly shows us that this choice is devastating to Hisashi.

Again, Kipling’s line comes to mind. Mai comes out of her coma unsure of herself, her place and the stranger she finds waiting to greet her from her sleep. The passage of time as Mai sleeps and after she awakens is not treated as a montage but by people who know the two lovers and show genuine emotional states as they realise the effort, it takes to be Mai or Hisashi. The director also brings us back down to earth by reminding us that just as Hisashi was prepared to wait forever, Mai faced her own long, uncertain journey and neither should have supremacy over the other. Just like in any relationship. Truly, Rudyard would approve with: “If you can fill the unforgiving minute with sixty seconds’ worth of distance run, yours is the Earth and everything that’s in it.”

The 8 Year Engagement is a restorative film which banks hard on its main leads and their supporting cast being able to go the distance and make you feel there are real stakes involved at every turn. While its ending is not at all certain, you will be satisfied by the end of the film how far Mai and Hisashi had to come before they found their way.

The 8 Year Engagement screened as part of the 20th Far East Film Festival, which ran from 2o to 28 April 2018.