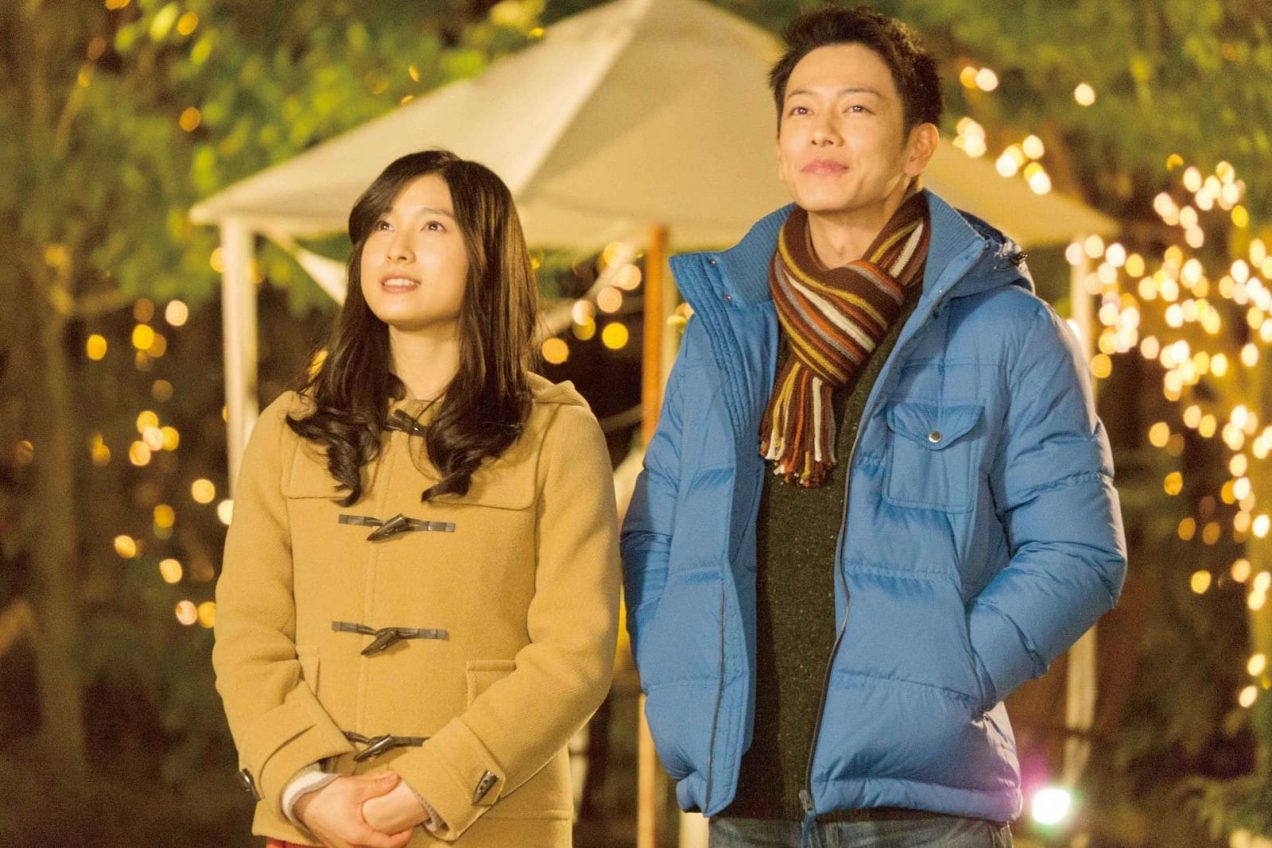 Adapted from an autobiographical book of a real-life tragedy, the new Takahisa Zeze film fails to show its intensity…

While the true story of a Japanese couple who was forced to wait for eight years to finally get the chance to say “yes” should bring many to tears, the new Takahisa Zeze film depicting this tale of extreme commitment is unlikely to draw a single tear from most audiences.

Zeze, who made his name as a “pink” film director, and went on to gain acclaim for directing in other genres, tells the extraordinary true story of Mai and Hisashi. It brings to mind a similar one – last year’s box office smash hit The Big Sick, which, unlike Zeze’s film, used the full potential of the great, real-life experience it was based on.

The film begins with the first meeting of Hisashi (Takeru Satoh) and Mai (Tao Tsuchiya) on a group date: he is a mechanic, with cars being both his job and hobby, and she is a cheerful cook, who, annoyed by his antisocial behaviour, becomes determined to change it. It’s not clear how long the couple dated in real life, but in the film they seem to get engaged after the third date. Then she falls into a coma which, like the romance, feels as sudden as if it happened a day after their engagement.

Hisashi refuses to give up waiting for Mai to wake up, and insists on renewing their booking of a banquet hall for their wedding ceremony every year. Since their date and engagement seem to happen so fast, and since the entire romance consists of mild smiles shot with a background Bokeh light effects, it’s hard to accept that Hisashi’s love towards Mai is that unreserved and unconditional. Those mild smiles often replace the dialogue in Yoshikazu Okada’s script and what’s left of conversation is either too cheesy or disrespectfully simplified.

What must have been a whirlpool of emotions in such a situation is represented in a mundane and simplified manner and is even more desecrated by director’s inability to clearly clarify the time flow. One of Zeze’s laziest narrative techniques is the use of a date counter to explain the timeline. Imposed over a background of blue skies with a dozen fluffy white clouds, the counting would periodically pop up until the end of the film. Shots of seasons changing are another of his clichéd way of telling the passing of time.

Though it’s through no thanks to the direction or the average acting, the film does end on a feel-good note, largely due to this real-life story of survival.

Mina Stanikic is a member of the #FEFF20 Campus for 2018. The campus allows young journalists from all over the world to attend the festival. You can find out more about the campus here.

One thought on “The 8-Year Engagement”