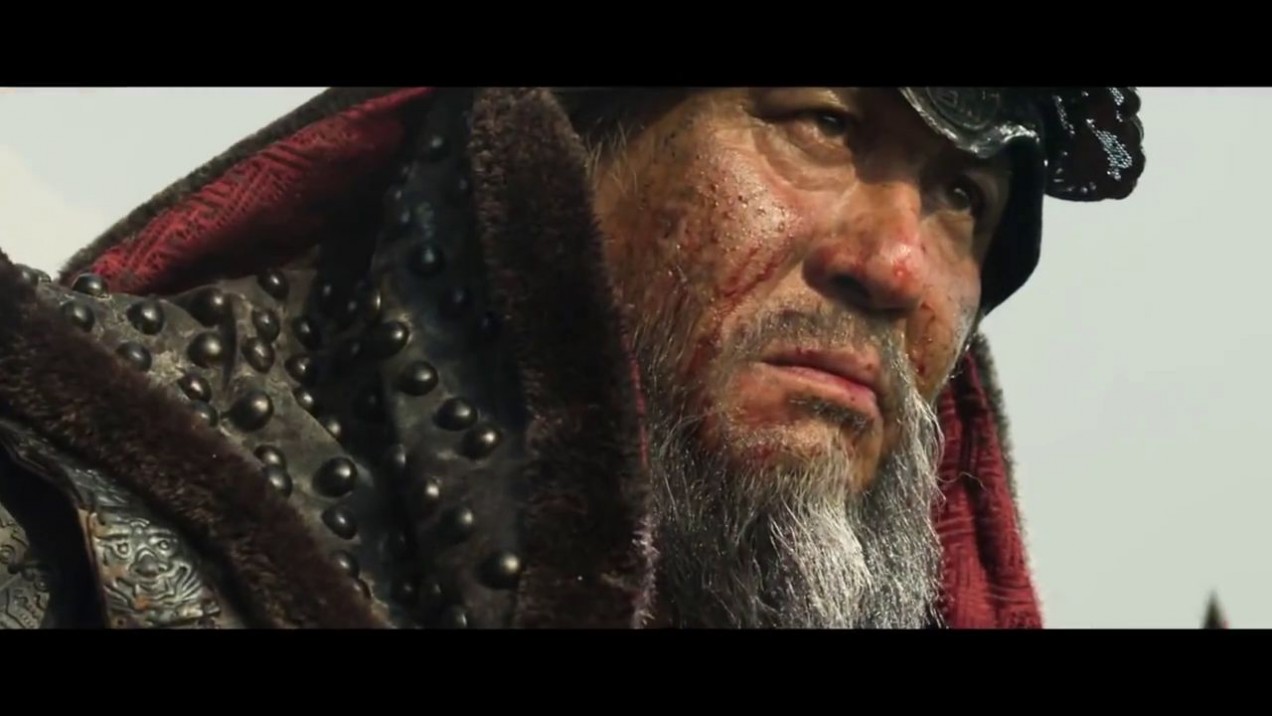 Few can be unaware of Roaring Currents (aka The Admiral) overwhelming performance at the Korean box office, having pushed tickets sales into another record breaking year and becoming the most successful film in Korea to date. But is this historical re-enactment of one defining battle in the infamous Admiral Yi’s career really going to float your boat, even with commanding presence of Oldboy‘s Choi Min-sik in the lead role?

Admiral Yi Sun-shin is easily South Korea’s most beloved national hero. Strategic genius and innovator, with the help of Yi’s resurrected and improved turtle ships – essentially tanks on the water – he led Korea’s greatly outnumbered navy to victory upon victory against the invading Japanese forces in the 16th century. Statues and replica turtle ships can be found throughout Korea’s southern most provinces and big cities like Busan and Mokpo, and particularly Yeosu where Yi’s naval forces were originally based.

Sensibly steering clear of attempting to give us a life story, instead Roaring Currents thrusts us into the events of the Battle of Myeongnyang in 1957; a turbulent point of the conflict as Yi returned from falsely accused and imprisoned as a traitor by a Japanese double agent, just as the Japanese forces decide to launch an attack on the Joseon capital Hanyang. With Yi’s forces at their lowest point, he must rally his troops against the might of over 330 ships led by Wakisamka Yasuharu (Cho Jin-woong, A Hard Day, Nameless Gangster, Kundo) and pirate Kurushima Michifuse (Ryu Seung-ryong, The Suspect, War Of The Arrows, The Front Line) with just 12 ships.

Only with his own fleet commander’s faith waning, Yi is left facing the Japanese forces alone in the Myeongnyang strait without even a turtle ship; relying instead on the particular currents of the strait to give him an advantage. Can Yi turn the tide of this seemingly hopeless battle?

The issue with any depiction of real events is generating any sense of drama when audiences know the events so well. Like many historical epics, director Kim Han-min’s (War Of The Arrows, Paradise Murdered, Handphone) take on Yi’s most famous battle gets caught between a narrative that relies on knowledge of events, but expects audiences to fear that events might not go the way of history books. (And when it actually comes to actual accuracy, I’m not terribly convinced.) In that sense, that sense the battle itself will probably play better to foreign audiences – but only after they’ve been completely left at sea by the reading of the events leading up to it, with principal participants named on screen (and not translated in the version I saw, not that it would help without background explanation).

As with director Kim Han-min’s previous films, there’s a sense of pace throughout, even if the political machinations feel rather shallow, but the lack of depth in the characterisations forces some rather forced and hackneyed plot devices (including one involving a deaf spouse). Though there are few actors with the gravitas of Choi Min-sik to pull off playing the stoic Admiral Yi Sun-shin, Kim depends too much on the baggage of Choi’s previous roles. Elsewhere actors get little to sink their teeth into or for audiences to be sympathetic about; particularly the Japanese characters – Ryu Seung-ryong once again the arch villain of the piece – which are played mainly as one-dimensional monsters.

At least when it comes to the action Kim can be relied upon for the conflict. It quickly moves into hand-to-hand conflict from cannons and early rifles, with an intricate push and pull between both sides that takes up half the films running time. It’s exceedingly well captured by cinematographer Kim Tae-seong, whose track record includes Bedevilled, Flu and War Of The Arrows, giving the action shots plenty of movement and energy. The battle looks epic, with CG effective and not too obvious. However… without being too conversant with the battle’s actual events, this feels somewhat over dramatized for effect, feeling like it undermines Yi’s incredible achievements for a more modern, manufactured and melodramatic take on events that isn’t really needed.

In South Korea Roaring Currents has captured nationalistic pride at poignant moment in recent years – the Sewol disaster still very much on audience’s minds on release – though the flat depiction of Japanese does the film no favours. It’s played well in other territories, particularly (and perhaps not surprisingly) China. In the films final moments, a final scene actually takes us back to the turtle ships first appearance in combat in 1592 – hinting perhaps at a prequel, but doing little for the narrative. A decent enough film for what it is, I just wonder if Admiral Yi deserves a more anchored, less sensationalised tribute.

Roaring Currents is released on UK Blu-ray and DVD on 6 July 2015 from StudioCanal UK.