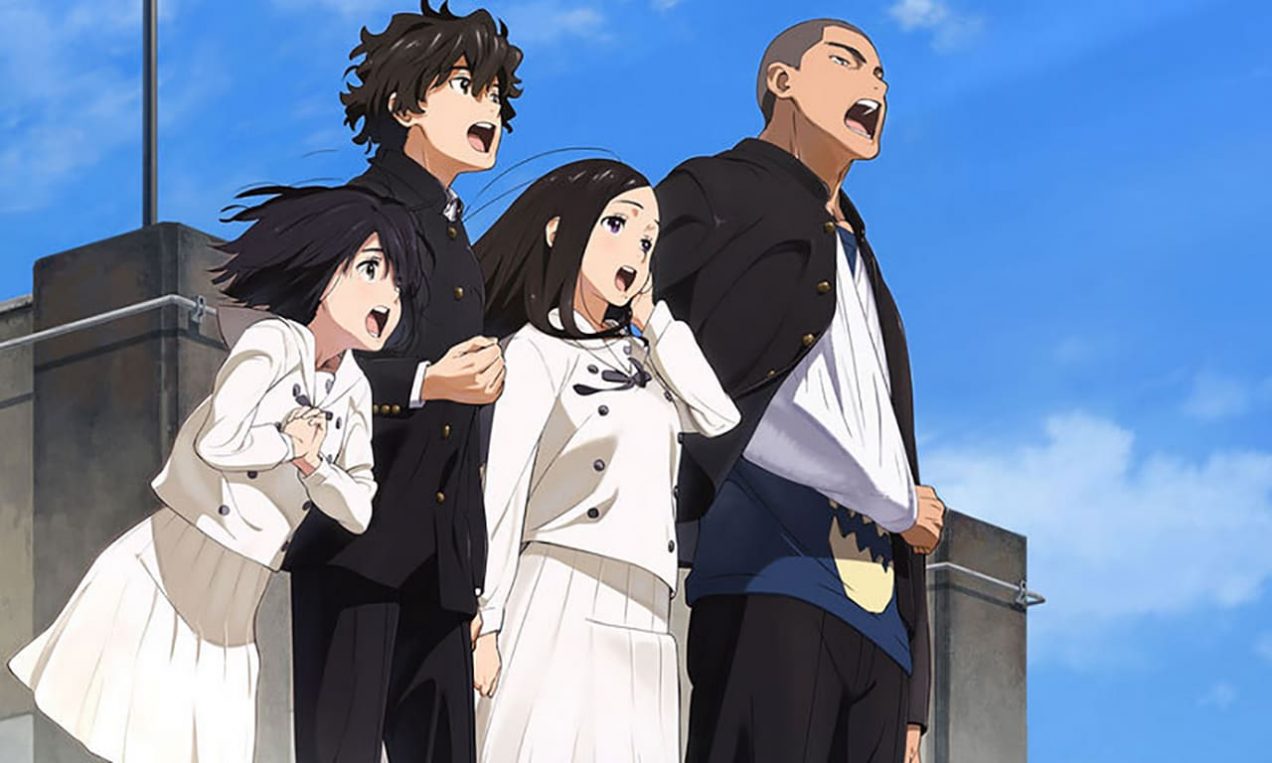 The Anthem of the Heart is a delightful mishmash of genres. To start with its an animated feature, providing both lighthearted and wholesome slice-of-life, intense family drama, and on top of that, original songs and musical numbers. The story follows a young girl suffering from selective mutism named Jun Naruse, voiced by Inori Minase (Is the Order of a Rabbit, Re:Zero, A Place Further than the Universe). One day she sees her father coming out of a love hotel meant to look like a castle. She then went home and asked her mother why daddy lives in the castle with a different princess. This is where the story begins to resemble a modern-day fable, distraught about tearing her parents apart, Naruse makes a deal with an egg-shaped prince to never speak again. As she grows older, she becomes increasingly isolated from classmates, and even her mother begins to lose patience with her mute child. This is until she meets Sakagami, a melancholic and unconventionally handsome music nerd. When she overhears him singing a little improvised ditty on the accordion, she suddenly feels something stirring up inside her. She has the realization that maybe if speaking is so hard, the only way to truly express herself is through song.

The animation team behind The Anthem of the Heart, are the same group that made Anohana: The Flower We Saw That Day. The director Tatsuyuki Nagai (A Certain Scientific Railgun, Twin Angel, Anohana), had never made a feature film before but handled it like a seasoned pro. For someone who has always hated musicals, somehow this film managed to be utterly delightful. The beauty of the plot is that you can’t stop rooting for the characters, even if all they are doing is putting on a school musical.

The animation is on the level of Shinkai, but with the whimsy and folk influences equally reminiscent of Ghibli. Although all this being said, I need to rave about what made this move for me. Koki Uchiyama (Devil Man Cry Baby, One Punch Man, Hunter x Hunter), who plays Sakagami, has such a sweet and endearing singing voice you can’t help but swoon just a little. Uchiyama also voices one of the greatest villains in anime history, Meruem, King of the Chimera Ants, in Hunter X Hunter. I am astonished how well he does here, almost overshadowing Naruse’s performance in his astonishingly natural performance you refuse to believe Sakagami isn’t Uchiyama himself.

Screen Anime did a great job with this selection cause its an accessible entry into anime, and yet features some heavy hitters in the credits. Other than taking a little to long to get where it needs to, The Anthem of the Heart is a near-perfect film. You will feel tears on your cheeks, a grin across your face, and may even jump for joy once or twice. This film actually made my day better, and I look forward to what else Screen Anime has to offer.

Screen Anime is a subscription service curating a new selection every month. Find out more on the website and start your free trial now.

One thought on “The Anthem of the Heart”