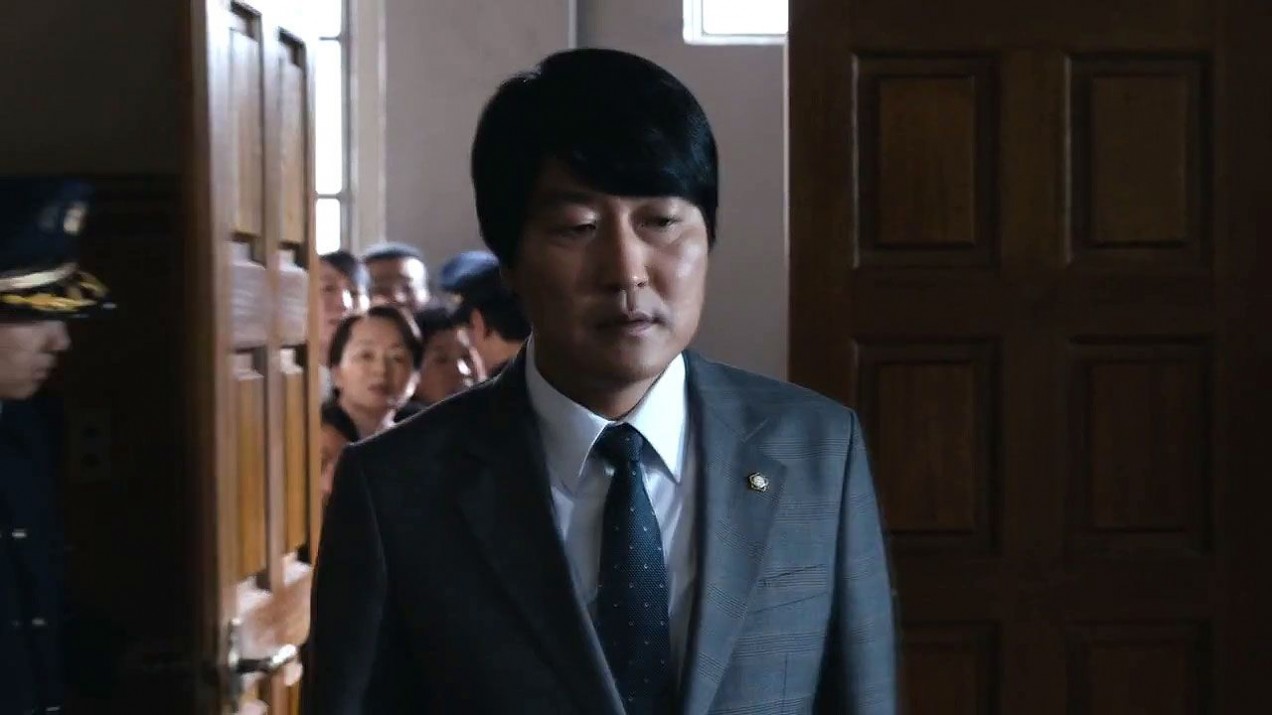 The Attorney emerged as one of the most critically and commercially successful Korean films of 2013, winning Best Film and Best New Director at the 50th Baeksang Arts Awards, as well as ranking as the year’s second biggest box office hit, not to mention the country’s eighth biggest earner of all time. Marking the directorial debut of webtoon artist Yang Woo-suk, the film’s achievements were in no small part due to the presence of hugely popular and talented star Song Kang-ho (Snowpiercer, The Good, The Bad, The Weird), who delivers a powerhouse performance in the title role.

Based on the true story of the famous Burim case, the film takes place in Busan in pre-democracy Korea in the early 1980s, when the country was ruled by Chun Doo-hwan. Song Kang-ho plays Song Woo-suk (based on real life figure Roh Moo-hyun, who later went on to become the Korean president), an attorney who spends his time trying to get rich from tax litigation. His business takes off in a big way despite his not having a university education or the usual network of contacts, though he’s forced to re-evaluate his priorities when Jin Woo (Im Si-wan of the pop group ZE:A), the son of a friendly restaurant owner (Kim Young-ae, Confession of Murder) is wrongfully arrested along with a group of other students. Accused of being communists and North Korean spies, the men are beaten and tortured into making false confessions, pushing Song to risk his future by taking on the justice system to defend them.

In narrative terms, The Attorney is obviously nothing new, and indeed Yang Woo-suk follows the courtroom drama template very closely throughout, packing in plenty of shouting matches and impassioned speeches, not to mention a third act surprise witness. However, despite being familiar and ultimately predictable, where it excels is a superb, almost textbook piece of gripping storytelling, which grabs the viewer from the start and heightens the tension throughout. Well-paced and driven by some skilfully timed developments and revelations, it’s an expertly constructed and intelligently written piece of cinema that does justice to its true life material without preaching or mining it for cheap melodrama, and which manages to generate a sense of moral outrage and shock simply through sticking to the facts. Even for those without much knowledge of or interest in Korean politics and modern history, the Burim case and the way it’s presented here feels very relevant and current, dealing with themes of corruption and the abuse of authority, and the frightening ease with which the government seems willing to suspend human rights to fit its own ends. Though set some 30 years ago, the film never feels dry or like a period piece as a result, and builds effectively towards a thought-provoking and highly rewarding conclusion.

Unsurprisingly, while Yang Woo-suk does a fantastic job as a first time director, The Attorney really belongs to Song Kang-ho, who appears in and dominates pretty much every scene with his commanding presence. Turning in a performance that’s the very definition of star power, Song is magnetic and compelling to watch throughout, and makes Song Woo Suk a fully believable and sympathetic protagonist. Though inevitable and somewhat clichéd, his journey from self-confessed ‘greedy tax attorney’ to idealistic champion of the people is convincing and emotionally engaging, and this provides the film with a welcome human anchor and grounding, the viewer genuinely caring about what happens to him during the course of his increasingly dangerous crusade.

It’s easy to see why The Attorney proved so popular with Korean audiences and critics, and there’s no reason why its success shouldn’t be repeated overseas. A fine debut from Yang Woo-suk and easily one of the best courtroom dramas of recent years, it serves as yet another reminder why Song Kang Ho remains one of the country’s most popular and acclaimed actors.

The Attorney is available to buy on Korean DVD and Blu-ray, and Hong Kong DVD from Yesasia.